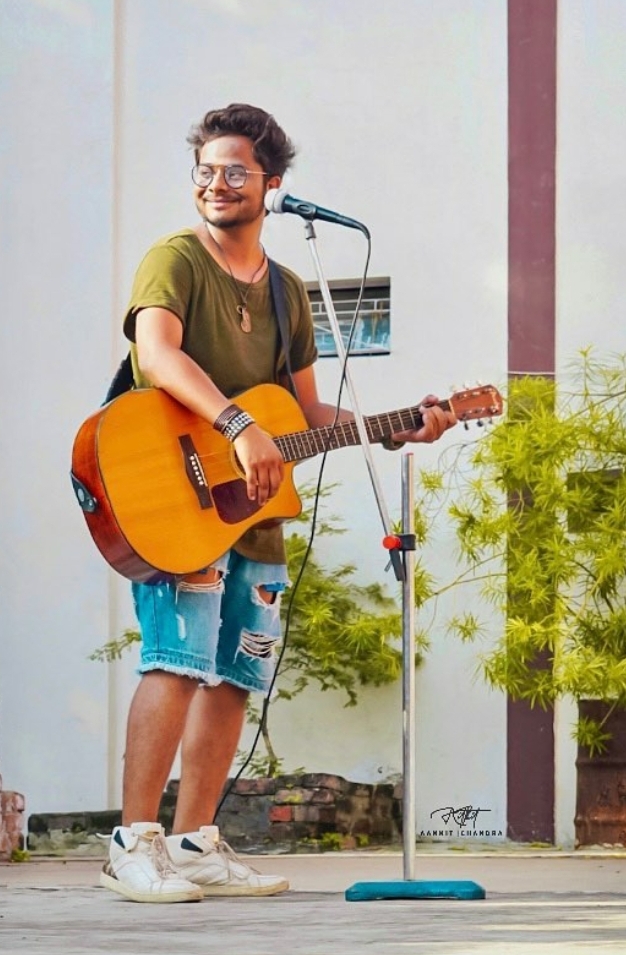 Zubin Sinha, The sensation of music from the Bollywood.

“Without Music Life Would Be A Mistake”—Friedeich Nietzsche.

Well this might sound as a normal quote to us but not for one of the young talented music composer and playback singer “Zubin Sinha“.He thinks a day not spend in music is a day wasted for him.

Growing up singing on the famous old Kangan ghat at Patna city . Zubin was musical from an early age due to his family musical background where music is adored and practiced from devotion, he started singing at 5 and picked up guitar at the age of 16 and his fortune gave him Ramesh Iyyar sir as his preceptor who was himself the right hand for legendary RD Barman . Before he found his acoustic calling ,he fronted many concerts and bands . After equipping himself with Sangeet Visharat in Music from PRAYAG SANGEET SAMITI, he has now built up strong roots in music in Bollywood Industry .

It is really something great in human life that at such a tender age Zubin teamed up with Toshi Sharib, Richa Sharma, Raja Hasan, Jazim Sharma, Tochi Raina and many more famous established Bollywood singers & is presently working with famous and established music companies as Zee music, Sa Re Ga music, Sony pictures!

Now giving an eye on his achievements recently Bollywood legend “The Big B” Amitabh Bachchan himself treasured him by sharing his music video on his Facebook, Instagram and Twitter handle . Despite this Zubin is recipient of the BIHAR KALA RATNA AWARD .

And now the heat is created for his upcoming project with Doordarshan (DD Arunprabha) that is a musical travel show which will be on air by the end of 2020. All the very best to Zubin for his future musical ventures!

Extracting immense fame and fan fam from a number of albums, Zubin is all geared up for his upcoming projects.

Zubin has given a number of hits like ‘Dostana,’ ‘I Feel it,’ ‘Hum Desh’ and many more. With such astounding hits, Zubin Sinha wants to collaborate with Independent Artists out there in the Bollywood town to support Independent music and support new talent.

Zubin Sinha is well known for his official Covers of the songs Nazm Nazm and Jitni Dafa for Zee Music. He will be coming out with the song ‘Jag Bouraya’ with Bollywood singer Tochi Raina which will be released later this year.

Related Topics:Zubin Sinha
Up Next

Benjamin Rohan is making it big as an Independent Artist.

Entrepreneur Mohammed Umar And His Incredible Journey As An Social Media Manager And Digital Expert Will Give You Goosebumps!