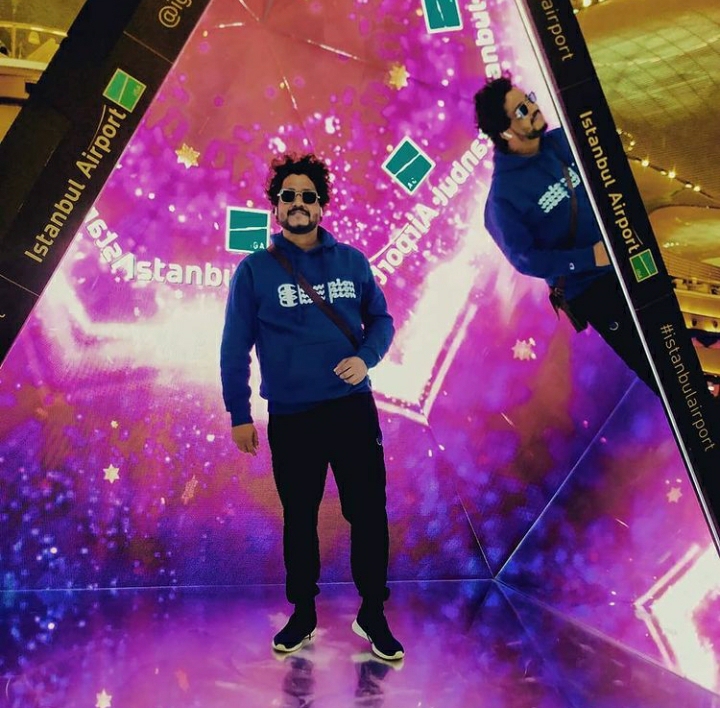 Juber Alam popularly known as Zuber Hashmi is a young dynamic musician & a playback singer who has sizzled and enlightened the music world with his mesmerising Voice and a down to earth attitude. Zuber Hashmi’s music is a perfect bland of youthful with its soul from yester years. His approach as a Singer, Musician is young dynamic and charming. ” Without Music Life would be a Mistake” this is a quote by Friedrich Nietzsche which Zuber Hashmi follows every day. A day not spend in music is a day wasted for him. Due to this attitude, Zuber Hashmi is being looked at by various renowned music companies in the Bollywood industry.

Zuber Hashmi is considered as a pride of Sultanpur, UP, thanks to his melodious voice, he has given voice to all the known singing styles in Bollywood. He then remained under the guidance of Ustad Gulshan Bharti who had an expertise in Banaras style of songs along with Guru Padma Bhushan Pandit Channulal Mishra ji. Currently, he is the disciple of Ustad Iqbal Ahmad Khan Sahab Khalifa of Dilli Gharana. With so many mentors and guides in his life, he made sure to make his singing perfect and on par with the Sur and Technicalities of singing, giving him a space at the pedestal. These include the folk songs, Thumri, Dadra and Ghazals to name a few. Coming from a musical background, his family has been involved in different forms of singing particularly the Dilli Gayaki..

Zuber Hashmi is more known for his versatile nature when it comes to singing. The talent of Zuber has been heard at different musical platforms including the reality shows like Bharat Ki Shaan for DD National, Sa Re Ga Ma Pa 2016 at Zee TV and other similar places where he secured higher positions in singing. He is also seen in stage performances in different places travelling both in domestic and international locations like UK, France and Israel to name a few.

In a long list of singers in Bollywood, Zuber Hashmi has its own space. He is known for his melody. His father has remained a known musical teacher called Ustad Wasim Hashmi along with Padmabhusan Ustad Abdul Rasheed Khan Shahab from Kolkata. He is competent to sing different types of songs including classical and semi classical in Bollywood movies and albums along with other places.

All the very best to Mr. Zuber Hashmi for his upcoming collaborations & ventures.

Related Topics:musicianSingerZuber Hashmi
Up Next