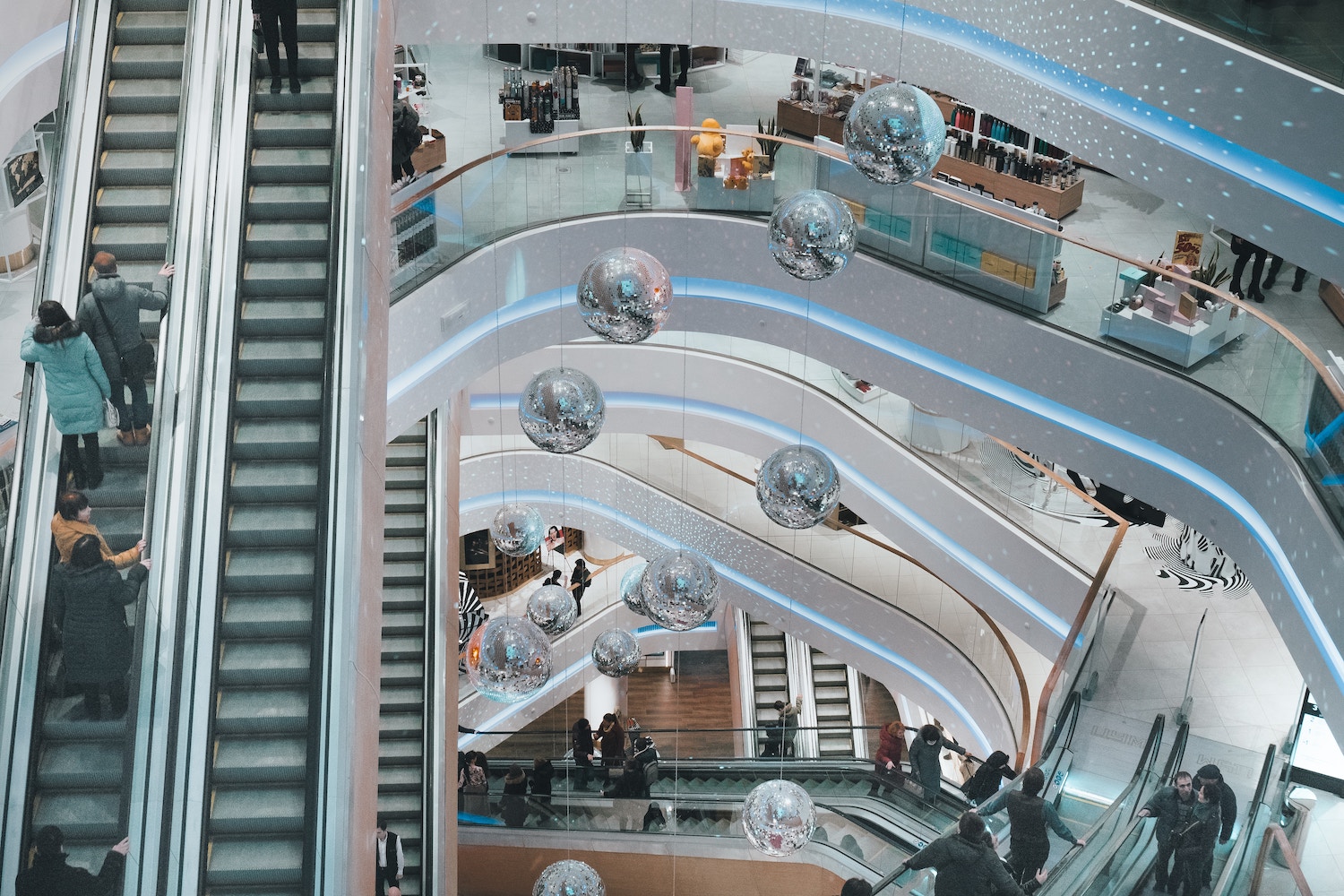 In recent years, smart devices have served as futuristic windows into new (and shoppable) consumer landscapes. The glimpses that tech offers allow us to put imagination aside and bring potential purchases into our lives for a trial run — virtually.

The opportunities are near-endless; rather than order glasses online and hope for a good fit, customers at Warby Parker can assess their favorite lenses with a quick selfie. Instead of lacing and unlacing countless pairs of shoes in-store, Nike shoppers can scan their feet and find a perfect fit by “trying on” their favorite products virtually.

Even in-store dressing rooms have their digital twins. At the Gap, customers can pick from five common body types to see how their favorite new styles will look on them without the time-consuming hassle of cycling through several outfits.

Augmented reality — technology that facilitates digital additions to real-world images — is slowly becoming an accepted part of the retail experience. AR allows us to visualize the goods we see in-store and online within our day-to-day environment. In a way, the tech’s capabilities speak to the heart of retail. Like store displays and flashy product photos, AR-powered apps help consumers visualize potential purchases within their home environments and daily routines — and even convince them to buy.

Currently, AR tech is still somewhat of a novelty. However, it seems likely that AR will evolve into an everyday aspect of retail shopping within a few short years. Researchers for Gartner found that 46 percent of surveyed retailers intended to deploy AR or VR customer experience solutions by 2020, and estimated that a whopping 100 million consumers would shop in AR online and in-store by the same year. Along the same lines, Goldman Sachs estimates that the global market for VR and AR in retail will top $1.6 billion by 2025.

However, the number of AR-powered shoppers is impressive even today. Earlier this year, eMarketer released a report that quantified the number of consumers who would use AR more than once a month at 68.7 million people, or 20.8 percent of the US population. The report points to increased familiarity with and interest in the technology as a significant driver behind the AR retail boom. One major source of that interest, the researchers write, was Pokémon Go.

While it would be oversimplifying to say that Pokémon Go sparked retail’s AR revolution, it wouldn’t be entirely incorrect, either. The virally-successful game served as many consumers’ first introduction to the technology’s engaging capabilities. When the game first exploded onto the market in 2016, it was all but commonplace to see people paused on sidewalks, furiously tapping their screen in an attempt to capture a digital creature.

It was the first wildly successful AR game. Unlike other smartphone apps, Pokémon Go superimposed its challenges over a real-world map of its user’s location, creating an immersive and novel experience for players. Apptopia estimates that at its peak, the game had 100 million users worldwide. It introduced countless people to the idea of integrating augmented reality into their daily lives — and sparked a few conversations among investors, too.

Soon after the game’s debut, CNBC reporters quoted Cowen & Co. analyst Oliver Chen as saying that Pokémon Go had the power to transform retail. As Chen explains, “The new free-to-play [augmented reality] gaming app has broad implications for retail as it addresses declining mall traffic, plus emerging trends toward social experience and health [and] wellness. [The game] illustrates how augmented reality could potentially play a more significant role in retail over time.”

Pokémon Go’s heyday has long passed us by, but the transformational potential of AR for retail remains. Partly because of the game’s popularity, AR applications have become increasingly common and accessible. Moreover, as analysts for the above eMarketer study point out, support for AR development is on the rise.

So, what benefits could these new, retail-focused AR applications bring? In theory, AR products could gamify the shopping experience, pique interest in products, promote in-store foot traffic, and improve customer engagement. The last is particularly important; in an age where online shopping is not-so-subtly encroaching on traditional stores, retailers face increased pressure to better engage customers by redefining shopping trips into shopping experiences.

AR presents a means to do so. Statistics provided by Retail Perceptions indicate that 61 percent of surveyed shoppers prefer to shop at stores that offer retail experiences, 71 percent would return more often if AR was available, and 40 percent would pay more for a product if they could try it out in AR first.

AR gives retailers the opportunity to boost consumer engagement, make shopping more of an experience than a chore, and create a more personalized digital experience for customers. In some cases, AR-powered ads can even establish stronger touchpoints on social media platforms. Where consumers might have zipped past a traditional ad without a thought, the interactive nature of AR encourages platform users to pause their scrolling and engage with the advertisement — thereby making it more likely that they will check out or even buy a product.

The shift to AR is already well underway. In the summer, L’Oreal Armani Beauty announced its intention to be the first beauty brand to integrate AR capabilities into its WeChat application. It has a new take on the virtual dressing room; in China, consumers will be able to virtually try out cosmetics and share their screenshots on social media. For L’Oreal, AR tech will create an opportunity for better customer experience, sales, and consumer-generated marketing all via one app.

If this announcement demonstrates anything, it would be that despite its relative nascence, AR solutions in retail are continually evolving. Today, those tools merge digital and retail capabilities, providing a means for companies to expand their stores through a camera lens.

It will be interesting to see what new retail opportunities will bloom from AR’s growth next.

Why Should You Adopt a Cloud-First Strategy in 2020

Bennat Berger is a tech writer, investor, and real estate professional based in New York City. He currently stands as the co-founder for the NYC-based real estate firm Novel Property Venture, as well as the sole founding partner for Novel Private Equity, a PE firm that specializes in guiding promising startups towards success. He has written extensively about the often-disruptive impact that innovative tech -- and, in particular, AI -- has on culture and business. You can find samples of his work in Fortune, VentureBeat, Entrepreneur, and The Next Web.