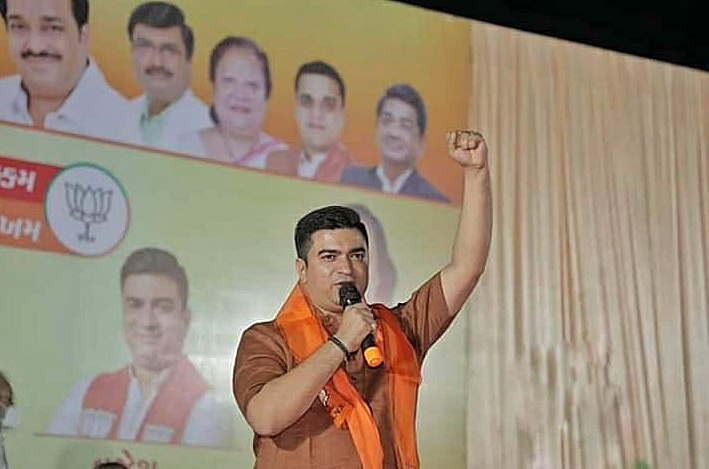 Supporters, admirers, and family members are flocking to his home to wish the elected representatives success in the Surat Manpa elections. Why give a greeting card without a present? In this regard, Manpa’s newly named BJP(Bharatiya Janta Party) corporator Mr.Vrajesh Unadkat has taken a novel approach for poor children. The well-wishers who come to visit the town servant ask for aid rather than presents. So that they can assist underprivileged children.

Mr. Vrajesh Unadkat used to collect cotton from all over the city before becoming a corporator. The sum of money earned from the selling of cotton. As a result, notebooks were distributed to underprivileged children. For the past six years, Vrajesh has been doing useful work in this manner. He has also had a lot of success in this region. He has given out notebooks worth Rs 15 lakh to Rs 17 lakh to government school students so far.

MR. Vrajesh Unadkat and his friends are collecting cotton in a group. Through assembling teams from time to time, there is a lot of work to be done in various areas of the city. For several years, money has been gained by harvesting cotton in this manner and selling it all at once. As a result, they purchase notebooks for the school’s poor government school students and distribute them to the school’s needy children. So that the children are not responsible for the notebook’s expense. He has maintained the post-donation campaign at the same amount. They were able to collect 1000kg of paper waste in 15 days, proving that the campaign was a success. They have a number of women and young girls who are willing to help set up book banks.

As the head of the BJP’s IT and Social Media department, Mr. Vrajesh Unadkat has a political opinion. He says, “Our party earlier has provided a huge opportunity for various youths, new faces, in various sections for Social Service and Growth.”He goes on to say that as a young man, he grabbed the opportunity at a young age and ran numerous campaigns with zeal from Ward 21 south Surat, winning by a huge margin of 23508 votes.