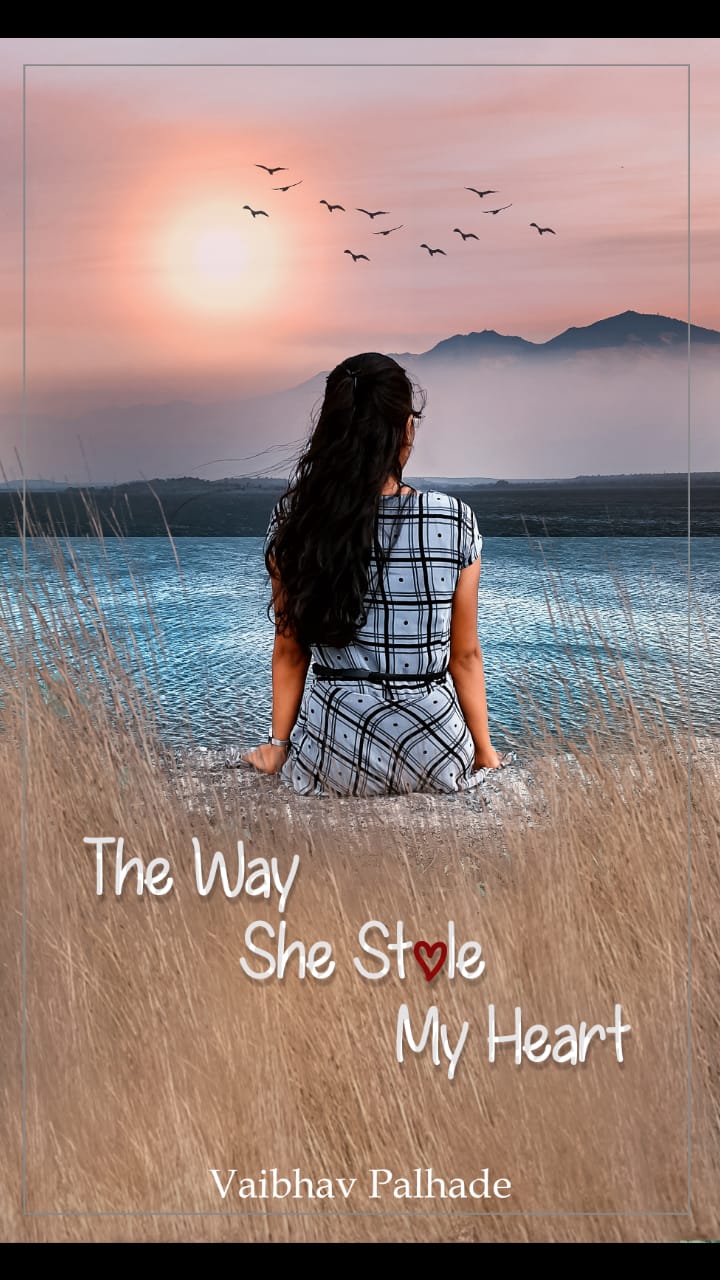 After dropping two absolutely stunning romance fictions amid the pandemic Vaibhav Palhade is giving his fans another novel to go crazy about. ‘The way she stole my heart’ is all set to release on the 19th of November this year via Google books.

There are times when we experience an uncanny affinity towards someone, even though we can’t end up sticking to them forever but still we never give their portion of value and importance to some other person. Vaibhav Palhade’s next creation ‘The way she stole my heart’ revolves around this semisweet feeling which will make his reader a little uncomfortable in their stomachs. This story of his, for sure, will pluck all the wrong strings of the heart but in a way that will satisfy the heart as well as the mind. The steamy climax and the satisfying end is just the perfect blend to make any romance fanatic fall in love with this novel.

During this difficult time when the world just seemed to stop because of the lockdown every where, Vaibhav tried his hand at writing novels and the outcome is unbelievable. He made the best out of this opportunity to explore different things that came in the disguise of the lockdown. His unique sense of creativity and imagination was seen in several marathi short films as Vaibhav is just not an author but also a renowned director, editor and script writer in the Marathi film industry. But his fans were struck by awe when he dropped his debut novel Sajna Re: The life long journey of finding her. Due to the overwhelming demand of this book, Sajna Re is translated into multiple languages and is available both on/offline worldwide.

Vaibhav belong to a small town in Maharashtra but he never failed to inspire his fans. He never lets himself get tackled by the shortcomings of being a small towner. Even during the COVID catastrophe he inspired his fans to always look for the silver lining in everything. Today excelling in one particular field is not enough. One needs to add value to themselves continuously because the world never sleeps. Just when you think you have worked hard enough and it’s time for some rest, keep in mind somewhere someone continues to hustle, believes Vaibhav and this belief of him will help him to set his limits beyond the sky.