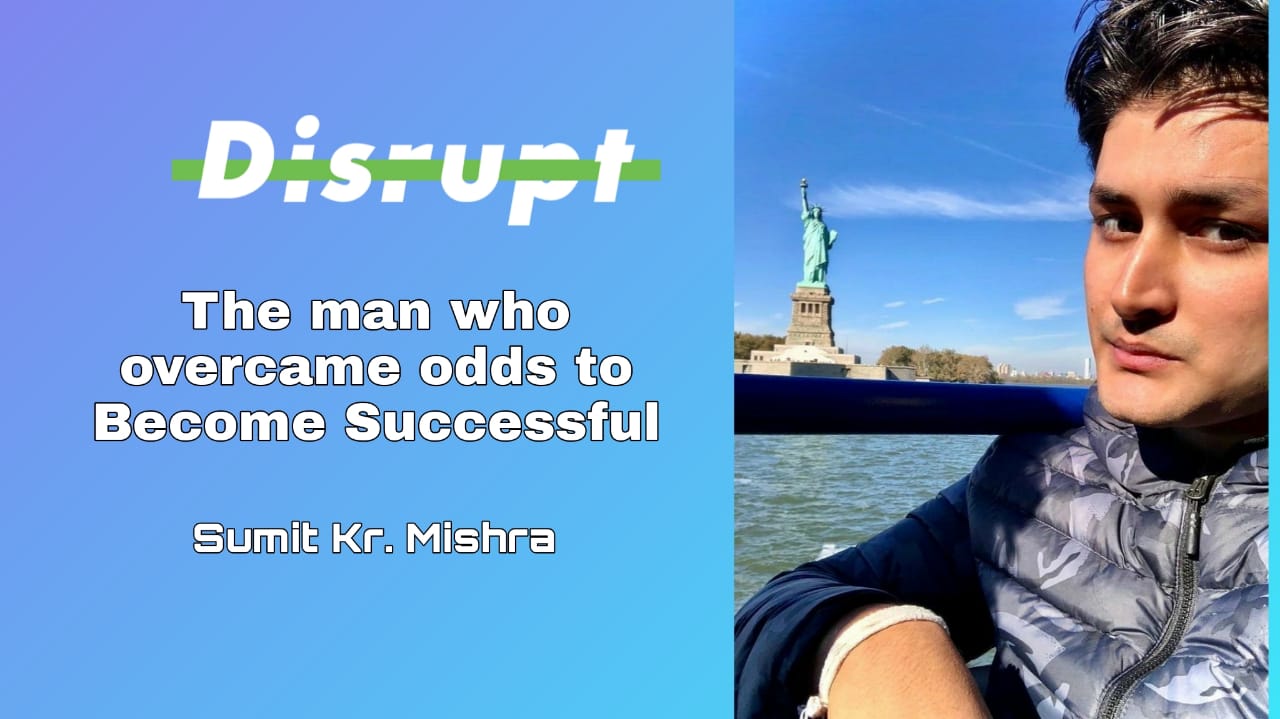 Sumit Kumar Mishra is a man who has done wonders. At the moment, he is the Executive directive as well as managing director of 4 leading companies, namely- JMD Services, Vijeta Construction, Frontline Group and Cravants Media Pvt Ltd. CCPL is his very own well-established company: Cinnamon Café Pvt Ltd. All this didn’t happen over a short period of time. It all began with a tragic incident, the death of his father.

Before becoming a managing director, he enjoyed acting and the theatre very much. This is the reason why he had joined the Janya Natya Manch. He was pretty good in that and took up the work to be smooth, performing more than a hundred street plays. But the death made him more responsible, he had to take care of his family. A missed chance offered by Sohila Kapoor to participate in the International theatre festival had shaken him up. Hence, this marked the beginning of his very long and interesting journey. At first, he started teaching in schools about the theatre, like Manav Sathali and Ryan International in Delhi. There was another turn in his path, this one was sharp when he moved to Ranchi, Jharkhand.

Sumit Kumar Mishra had a friend working in the coal mines, and he wanted to bring him along so that he could actively work along with the administration of those mines. It didn’t take long for Mr Mishra to develop an interest in this because very soon he came up with the Gautam Industries after licensing it by the Ministry of Coal, which produced soft coal. Being a huge success, it not only gave him huge profits but also helped along with the local population by giving them work opportunities, solving the disastrous troubles of unemployment.

Mr Mishra had always liked how the society was kind, and hence he himself was. He wanted to do something for the disabled, and physically handicapped. They deserve a chance to work and live a good life too. The Cinnamon Food Van chain was developed, which functions with three currently working vans. Now, who can say no to food? Sumit Kumar Mishra started his very own company The cinnamon café Pvt ltd in Kanpur too. Humane consideration of not only ourselves but also about the people around us make the universe comply with us and provide us with great opportunities so that we can do the same too. This is what made Mr Mishra rise our of all the difficulties he had ever faced in his life.

Sumit Kumar Mishra saw the opportunity and took it, he has never hesitated to get started with things belonging to complete different genres, diversity gives him motivation. There is always something to learn and create. Now he is managing director and a very successful man, with an inspiring story to tell.

Related Topics:ranchiSumit kumar ccpl
Up Next