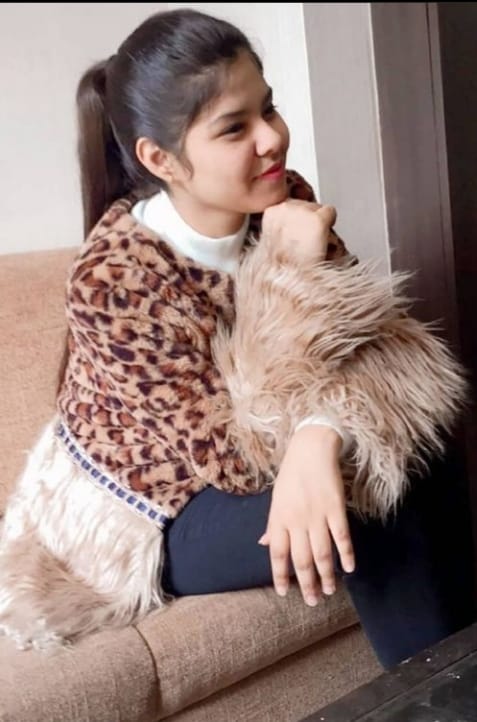 Shruti Awasthi (born 12 June,2001)
At a very young age of 19 Shruti Awasthi, when the people of this age group are either chilling or shaping their future with some academic course , She being a very ambitious girl is working passionately for both her interests and academic qualifications. Shruti is persuing her graduation in Agriculture hons. Apart this she is giving complete dedication towards her passion that is writing. Shruti is a poet and a lyricist.

At this age of hers she is going to get her first accomplishment with her song Ek Dafa, which is soon going to be released on a major platform. Shruti Awasthi is the lyricist and producer of “Ek Dafa” a pop song being sung by Singer Harshveer Indi.

Harshveer Indi is working in bollywood since last three years. Harshveer is also getting launched as an actor in this song. Without a musical background Shruti has stood alone for herself against her peers to fulfill her dreams. As it is said that a strong daughter is raised well by a queen and guided well by a king, in the same manner Shruti gives her parents the credit for her accomplishment , their support was a important part of her journey. Today Shruti is going to achieve something many millennials dream of achieving.

She will further be writing many songs which will soon be amongst the audience and people will get to feel the emotions that she wants to spread. With her words Shruti is piercing the hearts of many. Her poems and writeups are day by day getting a good approach. People are appreciating her work. Shruti says “hardwork is something that can make you achieve things that many people just dream of ; she believes in changing her cants into cans and making her dreams turn into reality”

And Shruti is a inspiration to many girls who ain’t able to give wings to thier ambitions and interests due to certain boundations. At initial stage Shruti wasn’t supported enough to work for the industry and also for a artistic field , as her parents aspired to see her a government officer , but with her hardwork and it’s results she proved them that she will succeed and today they feel proud of her and happy that at that time they permitted her to try out her talent once.

Except writing we will are looking forward for many other talents that Shruti will showcase in many of her upcoming projects. We wish her luck for her future journey.

Related Topics:Shruti Awasthi
Up Next

Tips on Finding a Modeling Agency