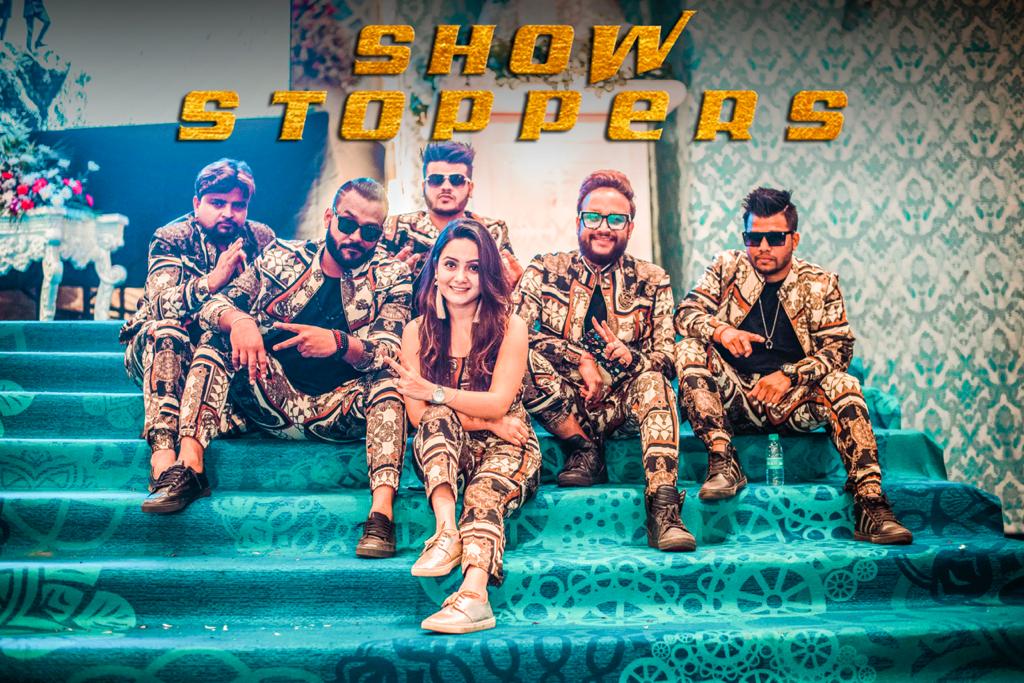 In this era, full of anxieties and stresses, music has always acted as a life saviour Stressbuster for us. No matter, how low one is feeling, it can boost us with the same energy just like in the beginning of our day.

Showstoppers the band has took this responsibility and revolutionised the music industry in a terrific way itsself. No matter wheather you are attending a marriage, stage show, concert, cocktail party, they will never disappoint you.

The band is basically a Delhi based band consisting of six champs called Bhuvan Vikram Singh, Rao Gaurav, Shipra Bagh, DJ Abhi India, Rinku Malhotra and Tarun. The band has grown amazingly due to it’s hard work and their dedication rather than fake reckless promotions.

Unlike other bands, the band has something we call out of box, the astonishing idea of introducing a DJ band stunned the entire music industry.

Rather than focusing on their individual growth, the crew members always acted like a team and it’s the team spirit and their talent that distinguishes them from others.

Showstoppers the band started from the ground root level and now one cannot point a finger on the globe where they haven’t performed.

The smoothy and hip hop beats of DJ Abhi has annexed over the hearts of the audience. He is an international acclaimed DJ who has collaborated with major music labels like T-series, Speed Records, 9X Tashan and Jass Records. He has also worked with famous punjabi pop star Jassie Gill.

Rinku Malhotra-the Dhol challenger is the most energetic and passionate champ in the band. One cannot resist to dance against his dhol beats.

Rao Gaurav and Shipra Bagh are the gems of the Showstoppers Band. Their vocals synchronize with the instruments so perfectly, one is forced to teleport to a musical heaven. Their talent of singing in any genre makes them the most gifted elements of the band.

Bhuvan Vikram Singh-the name in itself gives goosebumps to the audience. The ultra legendary guy with a magnificent energy like him are not born everyday. The sense of humour of the guy is really exceptionally astonishing and the way he carries the entire team is magnificent.

In short, the whole team is a deadly combination of most talented people over the globe and this is due to their positivity and determination that they are able to reach so far.

Showstoppers‎ the Band is Amazing