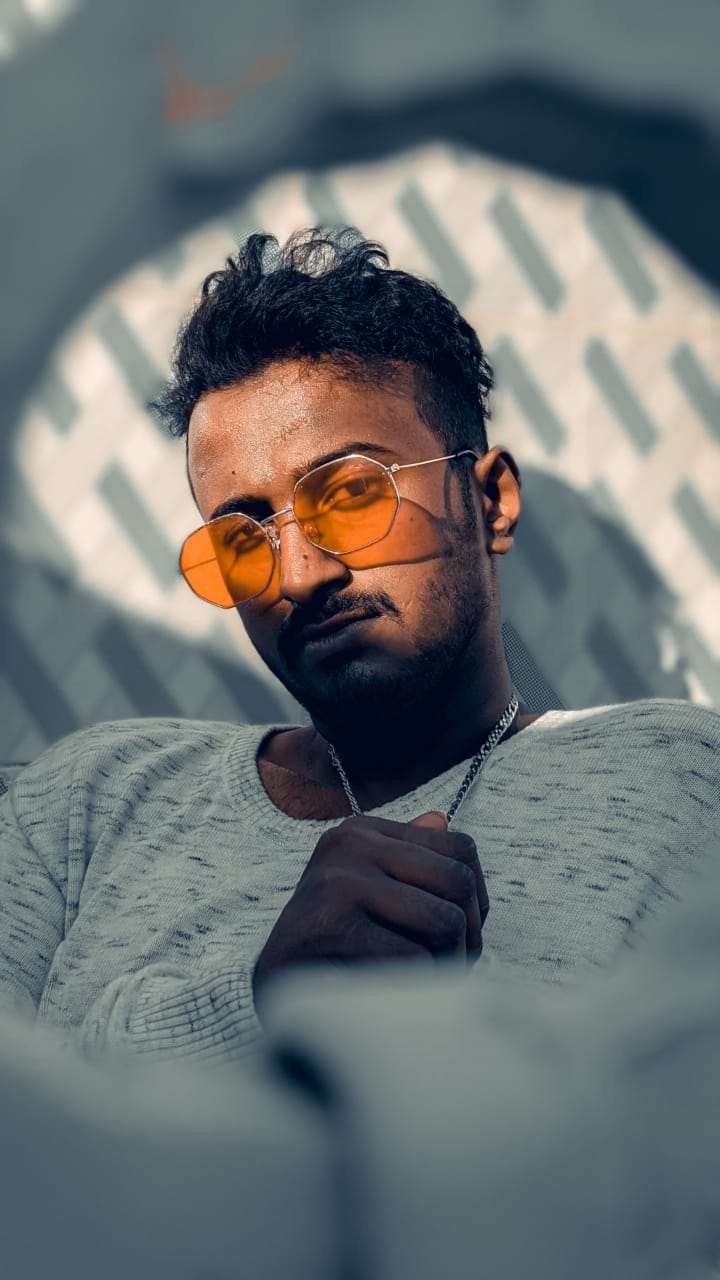 Mr Sai Anand A.k.a Swarkaar is a Photographer by day and a rapper by night. The Alter Ego in him was always striving to write about reality through his writings and poems. The name Swarkaar has three meanings to it. Swayam sarkaar, Swaron ka aakar and thirdly Savarkar( Vocalist ). Therefore, Swarkaar is the combination of all of these meanings.

Swarkaar was a BCA and BMM Dropout who wanted to be the voice of people and shape the reality. Swarkaar has been putting his thoughts into words for over a while now but started flipping his wordings and shayaris into Rap as he believes that someday soon will the Indian rappers talk about the reality of society and the nation.

Swarkaars first ever support was from his home as his parents always wanted him to do something for himself and follow his passion. His bestfriend (Reuel Immanuel) further supported him and taught him big lessons on music and pushed him out of his limits. After constant support, his first Collab rap music video named “Gang Mera Khatri” got him recognition and a stand in this field for the unique presentation of thoughts on street, society and unity.

Swarkaar as an artist respects all the artists irrespective of them having fame or being underground. His first inspiration is the godly Eminem and Divine. He believes that the term ‘Swarkaar’ is not just his name/ a person but the thought of all rebels and reality motivators who strive to bring a change in mindsets if people, society and hearts.

Swarkaar’s various tracks such as Asli Shot, Raga glitch and Alter Ego are all unique in its own ways but the core of all of these are about the real underground scene and harsh reality. Lastly Swarkasr strives to inspire the young rappers to be fearless about their words and the the voice for the nation, also be the thing the rapper strives to be. ‘JANTA KI AWAAZ”.

About In-Short SAI ANAND a.k.a SWARKAAR.

Now, Sai Anand is a photographer who was into artist photography and events but his alter ego was always a poet and writer who used to write stuff about reality. Swarkaar which has three meanings.Swayam Sarkaar, Swaron ka aakar, and Savarkar(Vocalist) and Swarkaar is the combination of all of these. A BCA and BMM dropout who wants to be the voice of people and shape the reality. Swarkaar has been writing for quite sometime but started flipping his poems and shayaris into rap and believes that one day Indian rappers speak about Reality.

Related Topics:Sai Anand
Up Next

Gravity with his crew members from the “Bombay Lokal” are hitting hard on the track ‘Chaar Bees’ with a new school vibe!

How the Young Iranian Singer Armin Arad, Begins His Journey in Pop Music