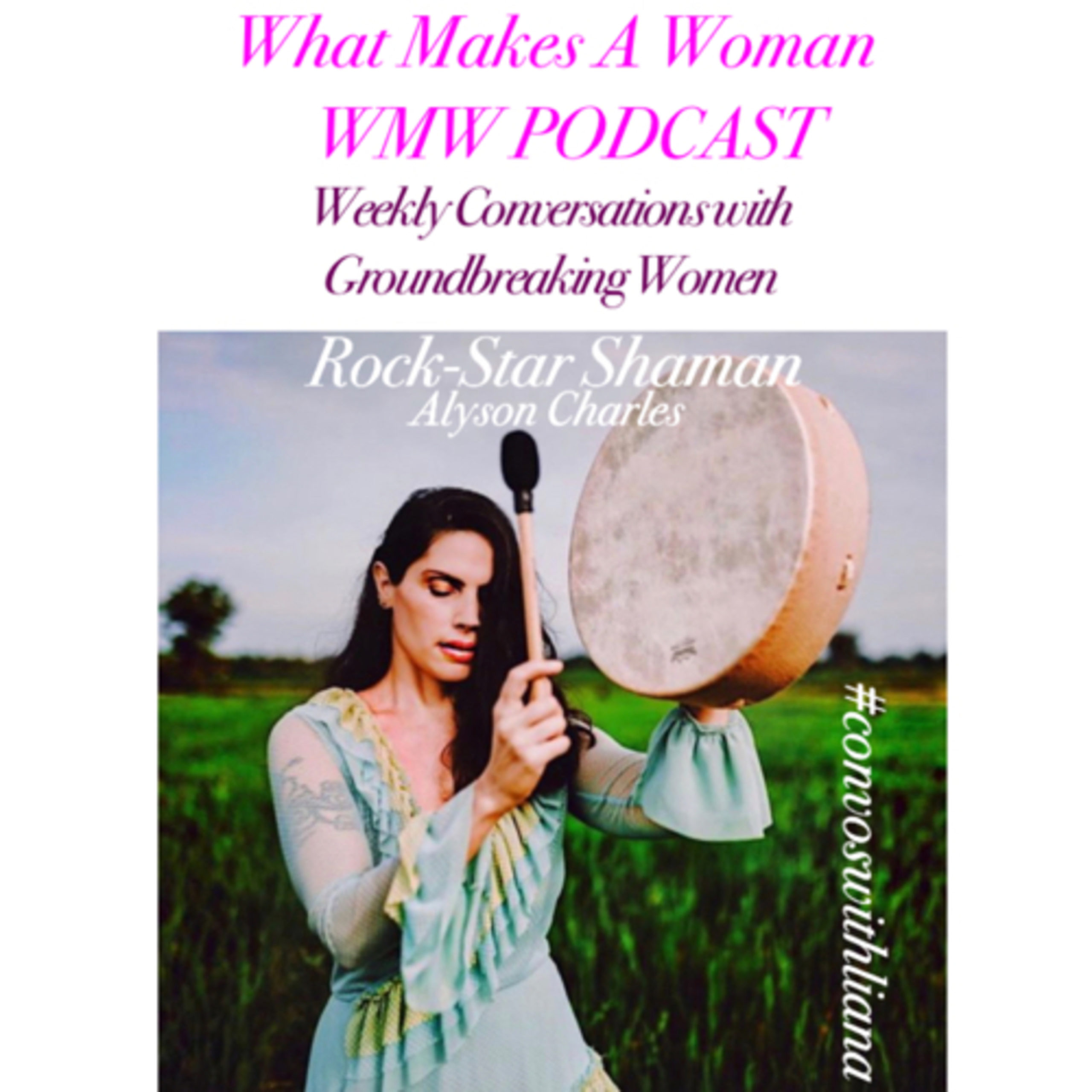 Alyson’s ability to connect with others, share energy and wisdom, and be a powerful catalyst for change ignited a global phenomenon. Oprah Magazine selected Alyson’s guided shamanic spirit animal journey as a “Top Meditation to Try,” Forbes described her work as a “Full-Fledged Guide into Your Psyche”, Marie Claire Magazine named her “The Next Big Thing” and Dazed Digital listed her “One of the Top Seven Wellness Accounts on Instagram”.

Born and Raised in Syracuse, Indiana, Charles went from being a national champion distance runner, #1 rated radio host, and daytime television host to aligning with her calling as a shamanic practitioner after a traumatic moment provoked her spiritual awakening. Since that life-changing and miraculous occasion, Alyson was clearly guided by Source and Great Mother Earth to her calling as a shaman and the ancient wisdom and light held within and she has spent many years studying and immersing in ceremony with renown indigenous elders, spiritual leaders and wisdom keepers from around the world such as Chief Benki Piyako of the Ashaninka Tribe, Chief Ninawa Pai Da Mata of the Huni Kuin, legendary indigenous elders Don Eustolio de la Cruz and his wife Rosalia Lemus de la Rosa, of the Wixarika, and Matua Louis of the Maori people, among many others. Alyson now dedicates her life to spiritual immersions and teachings, preserving indigenous wisdom and supporting the need of a universal paradigm shift by uniting the connection between spirit, nature, the power that lives within you and modern society.

As a leading pioneer in her field, Alyson brings her experience to the mainstream in powerfully creative ways. She is the resident guru for Well + Good, where she provides a monthly spirit animal + energy forecast, she made history becoming the first person, in the 25-year history of the HBO Film Festival to perform on stage, where she lead a meditation for 10,000 people, at POPSUGAR Play/Ground, the world’s largest ever female-led festival with over 15,000 attendees, Alyson lead a spirit animal journey. Meditations lead by Alyson can also be found on Amazon’s award-winning technology, Alexa, and Google Home. Alyson regularly partners and speaks at renowned global brands like The New York Times, National Geographic Channel, Tory Burch, Forbes, Art Basel, Saks Fifth Avenue, ABC Radio, ELLE, SELF and many more.

Her on-going commitment to assisting countless people in reconnecting to their power has landed her as a leading global voice and her wildly popular spiritual courses “Spirit School” and “Third Eye Certified” are repeatedly sold-out each season.

Alyson is currently working on her first book and card deck, POWER ANIMALS, which will be released Fall of 2021 and her new podcast, Ceremony Circle, will be out this Spring.

This episode is sponsored by
· Anchor: The easiest way to make a podcast. https://anchor.fm/app

Liana Zavo a millennial expert and public relations strategist specializing in personal branding for the past seven years working in media and marketing. She has been dedicated to actively build personal brands from the ground up. Liana is the founder and CEO of her full service media company, ZavoMedia serving entrepreneurs, experts and authors. As a full service media company, ZavoMedia specializes in digital marketing, public relations, google ads, personal branding, and in developing influencer marketing campaigns to jumpstart emerging brands. Liana‘s mission is to target the right demographic for small brands by placing them on her groundbreaking podcast, What Makes A Woman. A successful platform for entrepreneurs to network and serve as mentors. Her massive platform consist of empowered women, who challenge the status quote, teach the next generation how to run successful startups and spotlighting groundbreaking entrepreneurs on her weekly show. Since, launching her mega platform last year, there are 20,000 downloads with 5,200 subscribers supporting the show on all major platforms.