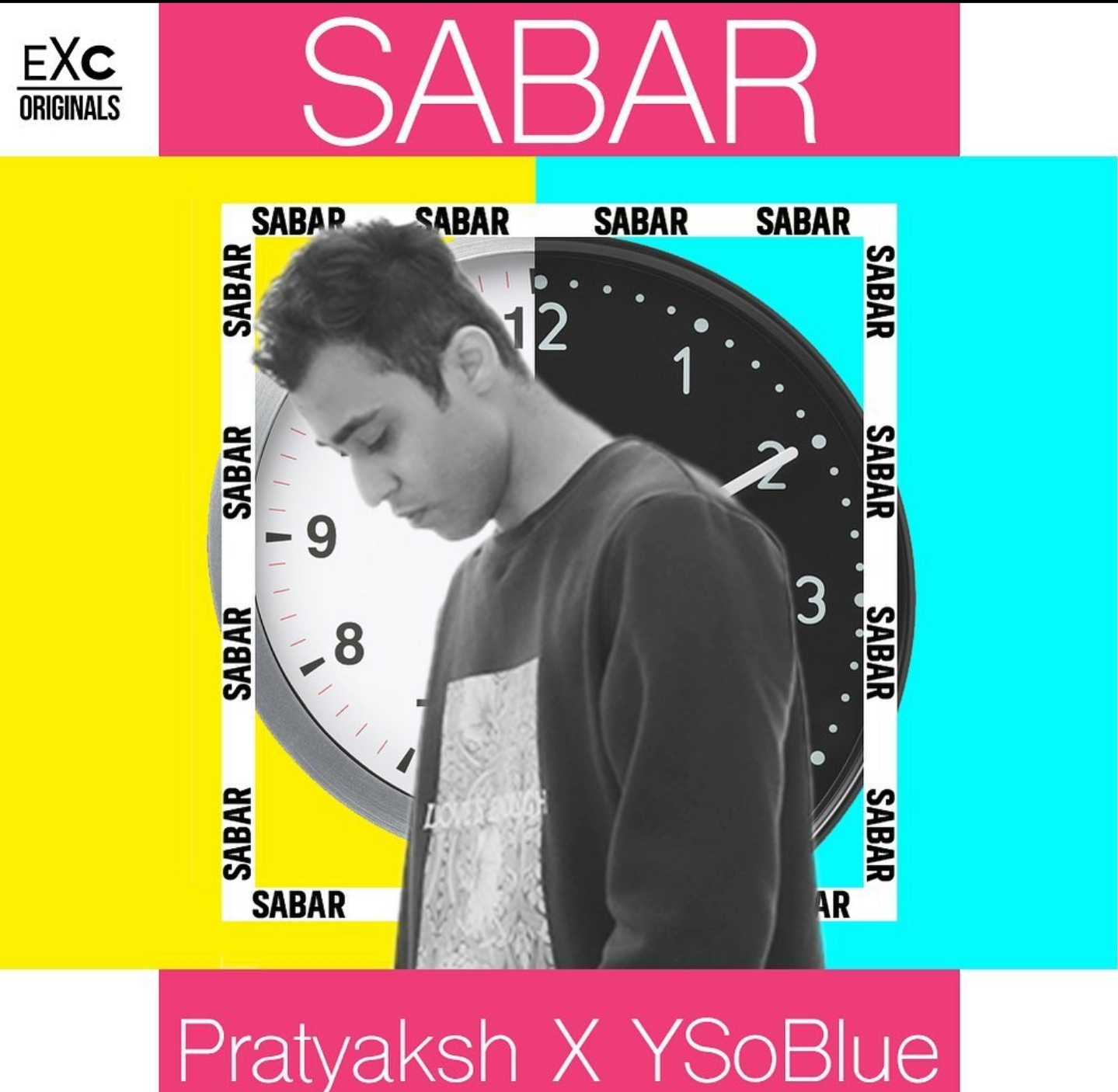 Pratyaksh Rajbhatt, an Actor from Mumbai, India had a rough time with all the people from his personal life, since they didn’t get how he vision’s his goals that demanded alot of patience and struggle that he was okay with.

So he filtered people basically “cutt them off” and isolated himself in a room and kept thinking of what should he create and how? Since he was broke and literally in dept of the bills piling on from the last 4 months with noo security of money in the future.

His mother told him don’t give up and don’t lose hope “you’re a star , about to shine” and then onn everything changed for him, he felt hopeful, and thought of everyone that believed in him starting from his mother poonam rajbhatt and Pratyaksh’s close friends who are artists aswell , he thought create with good energy and good souls and the outcome will definitely be something amazing.

The visuals of “sabar” features artists from different genres that are personally close to Pratyaksh and are really talented in their respective fields.
Starting from bhavin bhanushali actor known for his movie “de de pyaar de” , is a tik tok sensation and his music videos with various music labels,

Shivam bihari – songwritier/Singer/music producer : signed with sony music and has a single out “3am bhore bhore” on their official channel written by Pratyaksh. Pratyaksh explored writing music because of shivam and writes for him majorly.

Yunan is a songwriter/singer singned with kalamkaar/sonymusic india, was the finalist of splitsvilla 12 aswell, he has a good number if singles out there to name a few “saath” on sony music india “you” “ kyu” on his youtube chanel yunan music.

Pratyaksh has written and co-composed some songs with yunan lined up in near future, songs produced by ysoblue.

Simran Kaur purewal roadies contestant has a massive fan following on the internet is an extremely talented dancer and actress
Pratyaksh says she’s really natural infront of the camera and has a long way to go.

Ysoblue : Musicproducer/arranger/ aspiring composer , is doing music for amazing artists mostly independent
He is the producer of “sabar” , has worked for eastablished artists like Saurabh lokhande , yunan, raftaar, raika sethi, kanika patwari, yash narvekar. Is worked with welupt records and is working with Sony music india aswell. He has a album coming next year with all great independent artists.

Abhinav singh ranga: actor/director/writer – has a theatre background is an amazing artist was featured on cosmopolitan magazine has a series coming up on amazon prime details are not to be disclosed , was recently seen in ad campaigns like bumble india and tata altroz
And has a promising future ahead.

Kirandeep chahal : Model/actor , kirandeep has has worked with international brands in the fashion industry, she has done ramp walks and has been the show stopper of most of the brands she worked for , to name a few lakme fashion week , colombo fashion week, Rajasthan heritage week. Has done ad campaigns for Dunzo & Myantra.

Gunveet singh dang: model/actor
Gunveet singh played the character of gurvinder in remo Dsouzas Street dancer and was appreciated for his performance, he has done ad campaigns for Bumble india , tata nexon and okcupid digital is a model and has worked for Koovs, Mensxp, Siddhartha Tytler, Elle India – modeling me.

Namrata singh: a fashion blogger and a model does influencing for online brands and has fan following amongst people on her social media.

Khushi sharma: actor/singer , khushi is a theatre artist with an experience of 2 years and has a beautiful voice she sings and does cover songs writes her own music , is also a musician plays guitar.

Sneha Namanandi: actor/model/celebrity: has done various television shows, did a show with Pratyaksh where both played siblings on channel v confessions of an indian teenager,
Has worked for alt balaji ragini mms and various episodics and projects has worked as a model for “T series, zee music” for most of their music videos.

Spitfire (nitin mishra) rapper from MP
Is India’s finest writer/ rapper/ artist to start with he flipped the nation worldwide with his track “asli hiphop” in gully boy which was performed by Ranveer singh. His collaboration with incink records has been amazing, he inspires a lot of young artists, his tracks “paathshaala” , “parindey”, “black” are revolutionary and futuristic. Pratyaksh and spitfire bonded on musical sessions and are planing to drop something together once the time is right.

Niharika kundu: actor/writer, has a heavy theatre background she used to perform theatre back in delhi and was rewarded for her work back then, is currently working in mumbai doing various projects and is very talented when it comes to emoting infront of the camera.

Sahir the magician: is a rapper/ music producer/ writer/ singer/ director/. Basically an independent artist doing music for his soul
His songs “khamakha” , “guzaarish”, are soothing and heart melting melodies and his new music is completely diverse and we get to see a new retro zone in his music which tells us something new about his character asa an artist, sahir is one of Pratyaksh’s favourite artist.

Aniket Srivastava: director/ editor,
The man behind edixual visuals, is an amazing visual creator he did the animation of “panchi”
Pratyaksh’s first song that came out on independence day.
He created the visuals of “sabar” with Pratyaksh and is working with various labels.

Dushyant kohli : DOP
They went school together and grew up working together, Dushyant did various music videos for a lot of people, and collaborated with Pratyaksh as a DOP in a cover song “passionfruit x can we be friends” he shot in 2018 December with sneha Namanandi and shivam bihari.