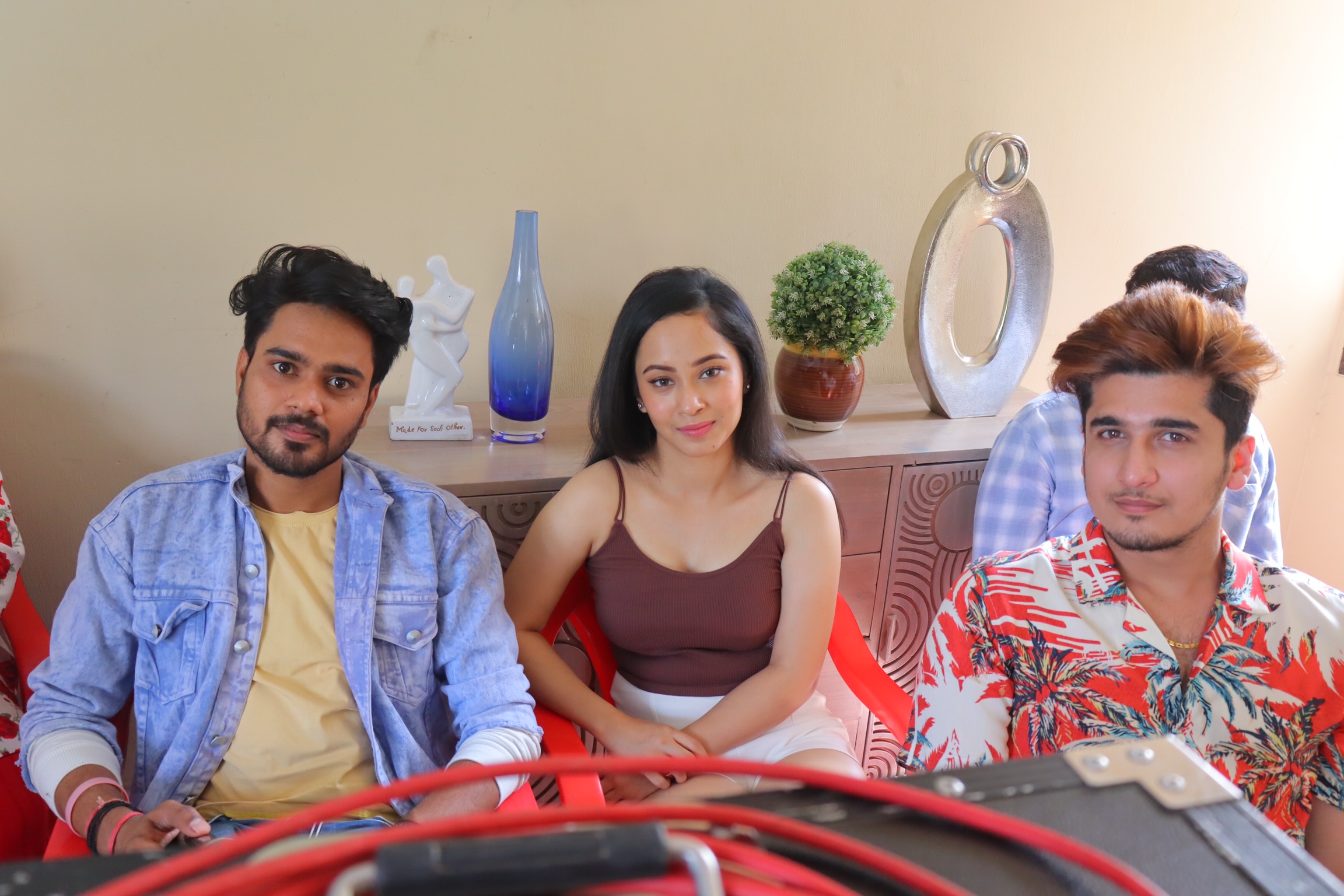 The world of entertainment has got tremendous exposure. All it depends is how you utilize your potential and productivity to the fullest. Shivam Singh who has earlier worked as an actor and dancer recently turned a producer with the new music video ‘Tum Mere Paas’. The romantic song was released on January 22 starring Bhavin Bhanushali and debutante Pragya Kodile. The actress got her breakthrough this music video and the chemistry of Bhavin and Pragya is too cute to miss in this song. Shivam who has earlier been a casting director launched Pragya with this music video.

The love song very well shows the fear one has of losing someone special. “It was the concept and the storyline that intrigued me to produce this song. I must say both Bhavin and Pragya have done a fantastic job”, stated Shivam Singh. While Bhavin Bhanushali has been a part of many music videos and web series, Pragya is the fresh face launched by Shivam. The Uttarakhand girl is just 17 and she is confident enough to make her mark as an actress. Pragya is still in grade 12 and from an early age, she started practising monologues and dialogues in front of the mirror.

Throwing light on how acting happened, Pragya revealed that no one believed her dream of becoming an actress when she was a child. “As I grew up, my parents understood my passion and admitted me to an acting school in 2019. After completing the 3-year basic course of acting, I gave a shot and started giving auditions. That’s where Shivam sir noticed me and he appreciated my work.” Pragya further expressed her gratitude towards the producer for allowing her to star in ‘Tum Mere Paas’. “This is just the start and I have got a long way to go in this journey”, she added.

Backed by Shivam’s company TOBC Entertainment, the romantic song is sung by Mohammed Irfan who has sung songs in many Bollywood films like ‘Kick’, ‘Ek Villain’, ‘Citylights’ and ‘Murder 2’. Helmed by Dhruwal Patel and Jigar Mulani, ‘Tum Mere Paas’ has crossed more than 1.5 million views on YouTube. Shivam Singh is extremely happy looking at the response to the song, and he has already started working on other projects. “I am planning to bring two more music videos. We are currently working on it and are very excited about the upcoming projects”, added Shivam.

Vikaas Vishwakarma : Gaining Popularity on YouTube with Million of Views on his Songs.