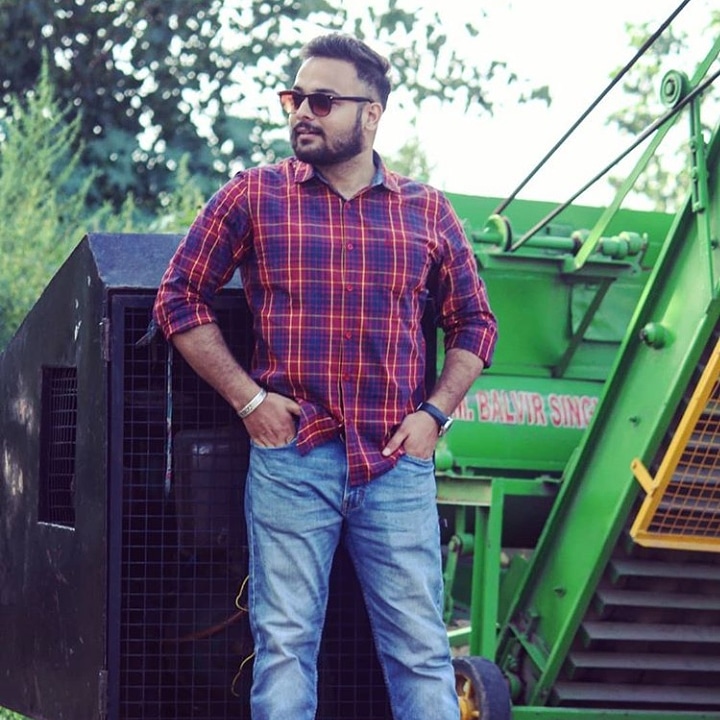 A widely known popular name NITIN VILECHA in Pollywood Industry, allied from Punjab born on 23rd july 1999.This young star have already positioned himself in the music and fashion industry. With his striking personality and attractive looks, he entered into the fashion world in no time. At this very age he have already worked with many top models including Rohit khandelwal, Nitin chauhaan, Prateik jain, Gavie chahal are a few names among them.

The modelling industry is lot dominated by female models. But Nitin was successful enough to break the stereotypes and became an evident as a big name in this glamour world. He have worked with different brands and companies now and then. But still willing to get big brand offerings and to get that international hype to his name. About being an international model he is really willing to get his origin to be presented by his name which will be surely a proud moment for India as well.

Being a popular name known by many it’s much of a treat for the brands to take him as their brand face. His social media popularity do work as a lot for the promotions for the brand he works for. And being a popular face he really does interact with his fans respectively. Which makes him even more of stand out face and name in the Industry.

In short time, he have already made his name in the list of top models of the Fashion World. People have started recognizing him as a regular face in the Pollywood Industry and fashion world. He is already much stable with the good earning but when it comes to his dreams earnings doesn’t bother. Being connected to the topmost stars of bollywood he is often seen at some bolly events.

Started his career in modelling and have proved his worth in that. Soon entered Pollywood Music Industry, worked in some songs as well with Diljit dosanjh, Gippy grewal, Amrinder gill and many more big names.Nd have his name accomodated with some of the astonished punjabi singers as well.Now his intent is very clear to enter the B-town soon. But he is still waiting for the right time to come. His focus is to now carve the right path to enter.He do has worked with some of the bollywood stars like Urvashi rautela, Sonam Bajwa,Himanshi khurana to name a few but still have his way to prove himself in the bollywood industry. Being a star already he do have his own way to create a dinstictive identity in every industry he works in.

Talking about Bollywood, he has been seen with many Big B-town celebs recently. Is that really a hint about something is coming up real soon!!!