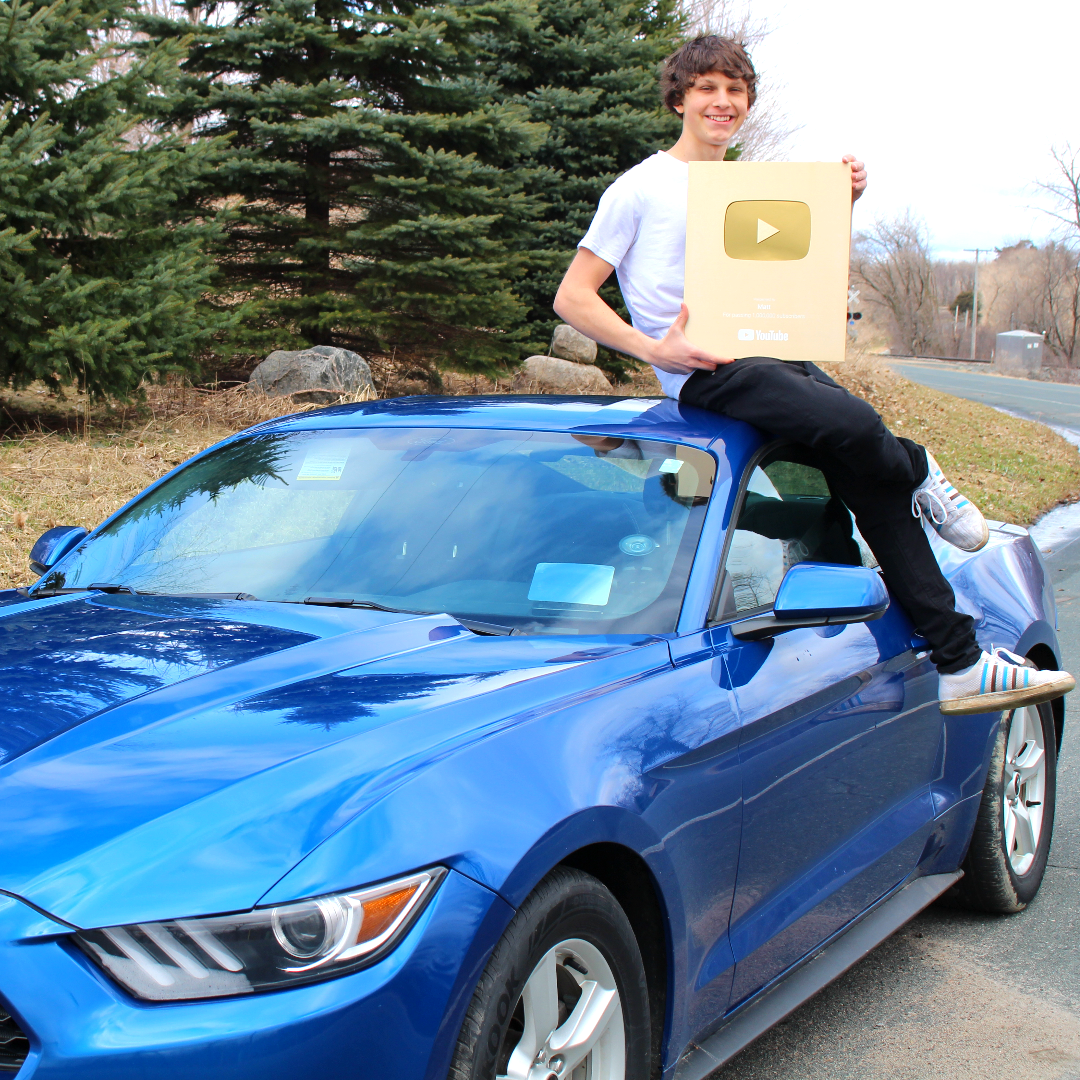 Matt Par is a YouTube success. Since the age of 14, he has been earning income from YouTube. He runs nine different Youtube channels in a variety of niches. These include animation channels, top 10 list channels, and a personal brand channel. He spends as little as three hours a day running his YouTube operation, which earns him a six-figure income.

Furthermore, Matt’s channels have millions of subscribers and hundreds of millions of views across them. So, how does this versatile entrepreneur do this? We sat down with Matt to understand how he can run nine different youtube channels successfully without spending countless hours running them. I mean, it’s enough work to just run one channel, right?

Matt is self-taught on all matters of YouTube. He started by uploading videos for fun at the age of 14. He would just upload random videos of him and his friends like most people on YouTube.

Then, he came across a YouTube channel making what he calls “Top 10 Videos” You’ve probably seen channels that make these types of videos all across YouTube, but you probably have never thought about just how much these channels were earning. The answer might surprise you.

If you’re not familiar with “Top 10 Channels” the format of these videos is actually quite simple. There’s typically a voice over on top stock videos talking about the “Top 10 Richest People” or the “Top 10 Biggest Houses.” Despite the simple formula, some of these types of videos have tremendously high view counts.

Matt started a new channel making these top 10 videos and recorded voice overs using his old, outdated iPhone and edited them on his laptop. When one of his videos got 100,000 views in one week, he became motivated to learn what works and what doesn’t on the platform.

“I started prioritizing what works only and cutting everything else out. Within two years, I had 100,000 subscribers on my first channel, and I was making $9,000 a month,” he says, “However, I experienced burnout and had no social life. Balancing school and youtube were taking its toll on me at 16 years. I decided to outsource some of the tasks; for instance, I looked for freelancers to work on voice overs, editing, scriptwriting, and thumbnails.” Matt only began outsourcing after building upon the audience on that channel. He does this through careful planning and strategy.

Matt performed market validation for all the nine youtube channels that he runs. He describes market validation as a process that consists of getting search traffic on his videos and then leveraging them to get suggested video traffic. “I use online tools to research the best high search volume, low competition keywords to drive search traffic for my content; then I convert the search traffic to suggested traffic. Suggested traffic has to do with a variety of factors, from the description of the video to the tags and the titles,” he says.

For every YouTube channel that he owns, Matt has to convert search traffic to suggested traffic in a bid to build upon the audience. “I turn search traffic into suggested traffic using similar metadata. This means having a section of your video on youtube, similar to other videos that you have on the platform. It can be similar titles or similar keywords in the description.” This strategy works in building up my audience across all my youtube channels.”

Matt uploads and optimizes all the videos across all nine of his YouTube channels. He does this by conducting keyword research and making sure that the uploaded video has popular keywords on the headline, the tags, and the description. His strategy for using similar metadata significantly boosts his video rankings.

“Do not take a shot in the dark by uploading basketball videos at one point and then a completely different video at another point,” he says. “Once I identify a niche, I check on the search traffic for my selected topic. I look for topics that have no competition in the search traffic. This technique guarantees success, and I convert the search traffic to suggested traffic. Lastly, I implement similar metadata linking the uploaded video to all my other videos across Youtube.”

Matt’s original Youtube channel currently has over one million subscribers. He started a different YouTube channel at the beginning of 2018, and in one year he was able to get 500,000 subscribers on it. Towards the end of 2018, he started another channel that ended up with 8,000 subscribers with just 20 videos. He attributes this exponential growth to market validation. That means identifying the niche that you want to venture into and conducting video keyword research to determine the type of content you intend to upload.

Once you identify the niche that you intend to venture into, Matt recommends taking something he calls the “33 rule”  into consideration to further guarantees success. “Do not just upload one video and wait for it to rank. I recommend coming up with 33 videos for that niche and uploading them. Next, look at your analytics at least once a week to determine what is working and what is not working,” he says.

One of the critical factors that Matt looks at when conducting analytics is audience retention. “If I discover that the videos on my channel are not getting much viewership, I can either choose to change the niche or the content,” he says.

Making Money From Your Videos

So far, Matt has been able to primarily monetize on youtube by joining the YouTube Partner program. This program allows Youtube to place ads on your videos giving you some of the cut. “So far, I generate about $30,000 from ads per month,” he says.

You can always create multiple channels, just make sure that your focus isn’t spread too thin. Focus on one channel until it’s successful, then consider outsourcing that channel and venturing into other niches.

Do you currently have a YouTube channel and do you earn income from it? Let us know in the comments below!