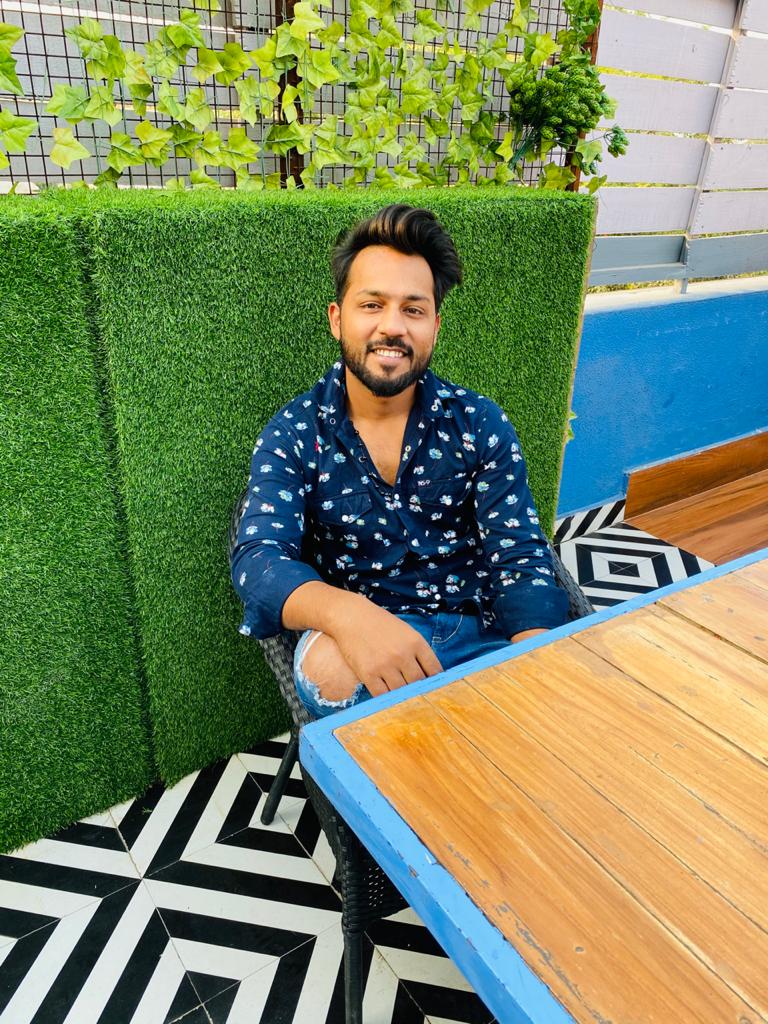 Malik Sahaab is an Indian singer cum artist whose real name is “Danish Malik”. He comes from a beautiful city “Roorkee” which is in the state of Uttrakhand, India. Malik Sahaab is an Engineer by profession and along with that he also supports his family business. He lives with his father, mother, two young brothers and a younger sister. As of January 2021, he is 27 years of age. Languages known to him are English, Hindi and Urdu. His singing styles are: Sufi, Bollywood and Classical. Not only a great singer, he is a person who loves to contribute for the social causes in the society.

His interest towards music started developing when as little Danish he spent most of his time with his grandfather and heard him playing an instrument “Banjo” and listened to “Ghazal’s” and “Songs” which his grandfather used to sing. So, as we say every phase of life isn’t a cakewalk, his family also sailed through the same. The financial status of the family wasn’t good then and to earn the bread and butter for the family, his father used to sing in live orchestra. He used to sit and observe his father whenever he used to practice for his programs. As time went by, his passion towards singing started emerging.

One day he got a chance to go with his father on a show and as a kid was mesmerized by the audience there. He was awe struck by the response of the audience. This was yet another push for him towards his singing career.

The day came when for the first time he performed “Sajni Jal Band” in a singing competition in school in 2007 and was awarded with 1st prize. This motivated him and then he got a chance to perform in Roorkee in 2011 in a small exhibition. He received countless compliments there and this acted as a second step of ladder for him which pushed him more towards choosing singing as his profession. He started participating in various shows and always grabbed 1st or 2nd position. Even though he came 2nd, he never lost his morale and took it as an opportunity to do better.

After that, then came the turning point of his career in 2016 when for the first time he came live on “Facebook” and performed a song. He received a lot of appreciation and started following the same pattern. He received a positive response and a million viewers started joining his live sessions. After receiving the love from his viewers and fans, he started singing for them and started dedicating the songs to their loved ones on their requests. More people then started recognizing his effort and then came then the day which changed his life. People started knowing him as “Malik Sahaab”.  He left his footmarks on the hearts of people. Malik Sahaab didn’t pursued this profession because of monetary benefits, but he chose this because of his passion.

The path continued and he started getting shows, events, live shows etc.  He released his first cover song “Jeene bhi De Duniya” on Youtube in 2017 and following that released another cover song “Tere Naam” which multiplied his popularity. This marked his presence in the online/digital world. He joined Tiktok in 2019 where most of the creators used to lip-sync but on the contrary, he wanted to do something different. He started singing and uploading his raw videos just with the use of a phone camera and mic. Guess what, his first video went viral and he started making more videos and it acted as a cherry on the cake.

Malik Sahaab’s era started. It was his dedication and effort that he started from 100 and reached to 1 million milestone. He has evidenced his faith in all the religions by reciting Azaan, Hanuman Chalisa, Gurbani etc. What he continued was his uniqueness to dedicate the songs to people and their love messages from their loved ones. He did a lot of shows and events in Madhya Pradesh, Rajasthan, Uttar Pradesh, Delhi, Karnataka etc.

In January 2020, he participated in a singing reality show “India’s Talent Fight” and became 1st runner up on the show.

Then a day came when he attained the results of all his efforts and dedication. Malik Sahaab became a name and fame. People showered their love on Instagram too and currently he has approximately 200k followers on the platform which he considers his family. Most recently, he have been attending few shows as a “Celebrity Guest” and entertains his fans

Malik Sahaab believes in the saying “People can forget your art, but they will always remember the beauty of your words”.

Chicago Daily Post is ready to help during covid-19 crises