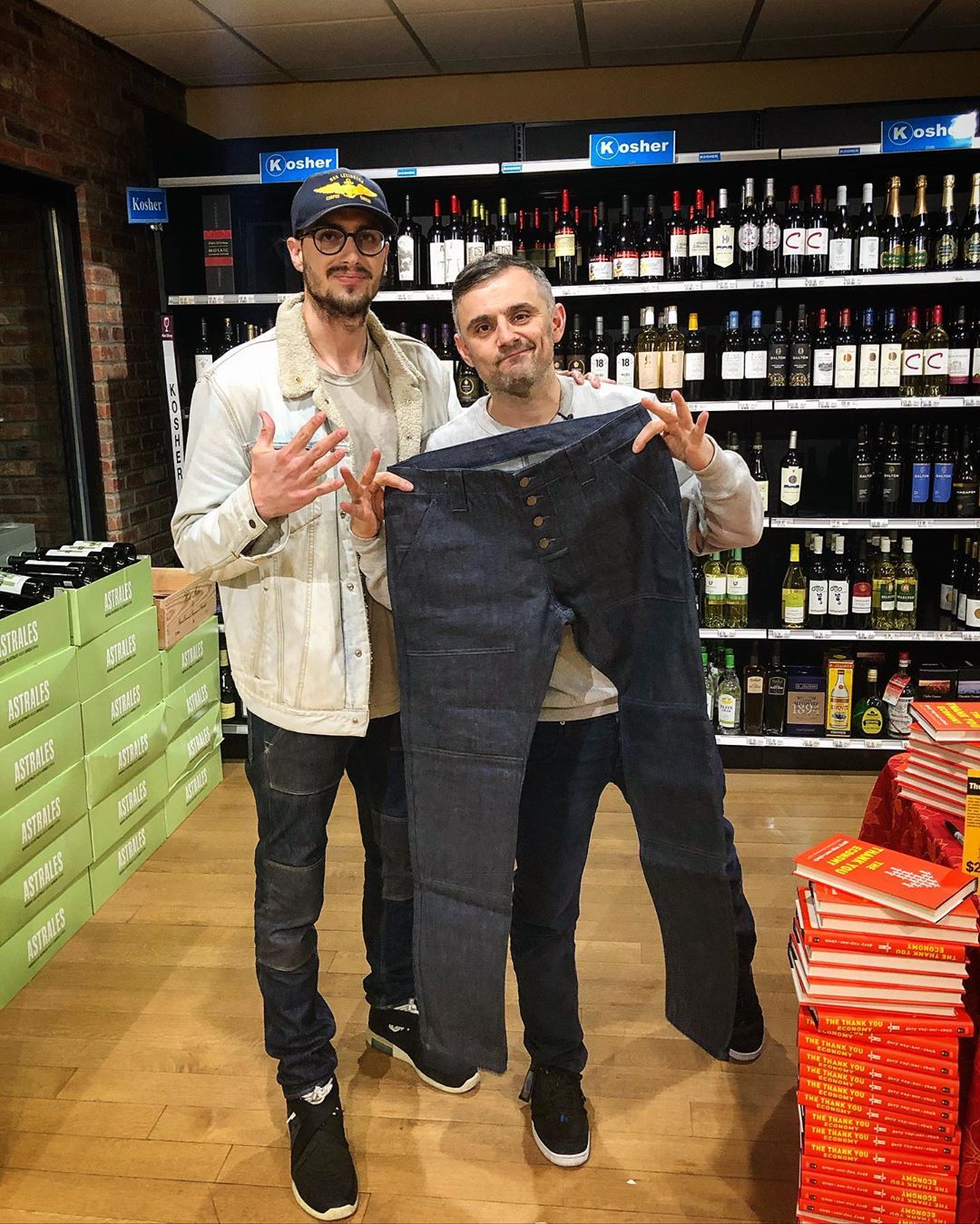 Joseph Rotondo is the Founder of RockyClark Clothing, an apparel company in New York City whose sole aim is to create unique denim jeans for its growing customer base.

Founder, Joseph, originally from Warwick, NY is a 25-year-old living in Brooklyn with a dream to transform the denim jean industry. As far back as he can recall, Joseph has disliked clothes that don’t fit properly, have a two-year shelf life and aren’t thoughtfully crafted. This was the only inspiration he needed in order to start an apparel revolution.

As a kid, Joseph shares that he was always curious and searching for answers. In order to find the solution, he sought to learn to tailor.

At the age of eighteen, Joseph learned how to sew from his aunt. Since then, he’s seen clothing as a way to exercise his creative muscles.

So far, Joseph has faced a lot of obstacles associated with running a business, from common things like product development and learning what works to more subtle problems like his personal style.

He shares that the only way he surpassed this problem was by simply focusing on the reason why he started RockyClark; his love for clothing.

“I never made jeans for people to love them. I made them because I love them. Over the years, I searched for the ideal pair of jeans but couldn’t find them. I wanted a pair of jeans that actually fit me and have the aesthetic of durability, so I made the RC001 pants.”- Joseph shares.

Over time, Joseph’s friends recognized his unique style and he saw this as a signal to produce more jeans.

Currently, Joseph is facing two challenges; The first is business management( problems related to systemizing a business) and the second is growing a loyal audience. He plans to tackle these obstacles by harnessing the vast amount of resources that technology has given the modern world.

“We are in a time where there is so much information available at our fingertips, so there’s no excuse to not give something your all, besides what’s there to lose?” – Joseph

Ideas are the beginning points of all fortunes. – Napoleon Hill

Joseph is a creative mind who enjoys coming up with new ideas and concepts. He explains that being surrounded by other creatives stimulates him mentally.  Here’s Joseph’s take on sparking creativity as an entrepreneur;

“It’s fun to visualize a concept from seed to tree. Not only the product or idea but also how you would market it, and sell the story it tells. Rocky Clark is just one idea of mine that is being executed but there are so many more.”

Sports have been a major contributor to Joseph’s life in terms of forming good habits. In sports, you have to be your biggest fan, prep talker and motivation.

And most of all, you’re accountable for whatever success or failure you experience. This motivates you to do the needful at the right time in order to move on to the next step.

Joseph recommends that you micro-manage yourself and be mindful of what you’re doing, you should also not beat yourself up if things don’t go as planned. Failure is all part of the process.

Another activity Joseph proposes is meditation, meditation gives you time to reflect on events that have happened in your life. During this time, you should figure out what’s working out and where you can improve upon.

Rocky Clark is a clothing brand that was established in 2015 on the premise of making sustainable clothing in America. When Joseph (Founder) was enrolled as a Textile Design Student at the University of Rhode Island, he noticed that no other company had this goal in mind.

This marked the birth of Rocky Clark. What started out as a cause to raise awareness about sustainable clothing has become a revolutionary brand seeking to transform the clothing industry.

Joseph was prompted to take action from the mere desire to make a change and execute. Today, he spends every minute thinking about how to take Rocky Clark to the next level.

“I love denim. I’m known to many people in my life as the denim guy because the concept of it fascinates me. How something can be so worn and distressed and eventually produce something that now 20-year-olds pay upwards of $300 for ‘vintage’ denim our dad’s used to wear cutting the grass.” – explains Joseph, Founder of Rocky Clark.

Over the years, Joseph has seen some changes take place in his industry due to his mission to make sustainable clothing commonplace and gradually he’s formed a movement called “denim with a purpose.”

If you’re wondering how Joseph came up with the name Rocky Clark, well, he coined it from joining his middle name, Rocky, with his dog’s name, Clark.

Here are some words of advice from Joseph to anyone who’s striving for success;

I want to create apparel for RockyClark for the rest of my life. It comes with concept changes, iteration, more concept change – but the love and passion have never gone away.

Do what you think is cool. Does it matter if the masses like it? You will find your following, you will find your people. Rocky Clark is for me but also our planet because I care about the impact.

I want everyone to know who makes these pieces, the factories we use. Having that transparency is key!”

Like a phoenix, get up from the ashes – Mauro Rosero