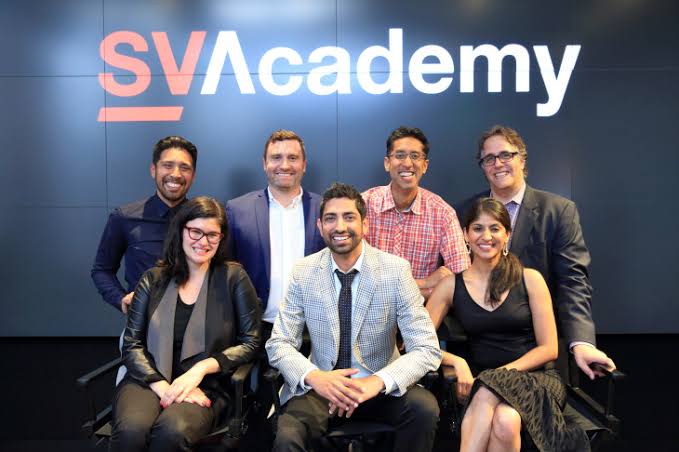 Silicon Valley is a hub known to have the highest concentration of high technology workers anywhere in the world. And why not? With the likes of tech giants like Apple, Google, and Facebook, you’re sure to meet a developer or computer engineer out of any ten individuals you come across.

But what if I tell you that you don’t have to learn code or be a veteran developer to secure a job with any of these tech giants? Yes, it’s possible.

Of recent, I learned about a vocational school (SV Academy) that’s going against the status quo to ensure it’s students, comprising college graduates, get a fast track to silicon valley careers, absolutely tuition-free!

Unlike other vocational schools that claim to get their students high paying jobs in sought-after companies for a hefty fee, SV Academy is an online vocational school that provides job seekers with access to high-growth sales careers, no code required.

It’s no secret that the market is saturated with tons of individuals treading the coding career path in a bid to penetrate Silicon Valley, and let’s face facts, not everyone loves to code, I for one know that I don’t.

A recent study performed by Mckinsey estimates 50 percent of today’s jobs are susceptible to artificial intelligence, significantly reducing the potential for future success in a coding career.

Put simply, if you’re a newbie to the world of software development, you’re probably going to find it hard to get work as a developer than ever before. Have you ever considered a career path switch?

If you can’t be a developer, what other options do you have?

SV Academy has given us an answer to that question; High-growth sales roles at over 200 tech companies like SurveyMonkey and Palo Alto Networks.

This is a newly uncovered route into the lucrative technology industry that strips off all those years of code and provides mentorship, job placement assistance, and post-hire support such as alumni networking events and coaching to its students.

CEO and co-founder of SV Academy, Rahim Fazal, explains that sales skills have staying power, and with this knowledge, the team at SV Academy has helped dozens of its students make it into careers not ordinarily attained via standard college procedures.

To achieve their goals of getting graduates high-end sales jobs at silicon valley companies, SV Academy has partnered with Arizona State University and Florida International University (two leading universities focused on diversity and increasing access to education through online learning) to launch a collegiate program that will Help More People Make It In the Tech Industry, No Coding Required.

“At ASU, we’re passionate about giving our students and alumni the resources they need to pursue their dream careers,” said Darcy Richardson, Director of Continuing & Professional Education for EdPlus at Arizona State University.

“With so many of our graduates interested in technology and our proximity to California, where many of our students come from, partnering with SV Academy is another way for us to help people pursue the career they want.”

“Both universities believe in our unique approach to helping underrepresented talent transition into the tech industry and stand behind our value-add, and we’re excited to expand our reach to even more hardworking graduates across the country,” says Rahim Fazal, CEO of SV Academy.

“We’re excited to partner with SV Academy, a team that’s democratizing access to life-changing careers and economic opportunity with a truly unique approach — this is education that’s hands-on and tuition-free, with a job on the other side,” said Ashton Kutcher, Co-founder and General Partner at Sound Ventures.

What Students Stand To Gain

And of course, job preparation and placement support at more than 200 companies in SV Academy’s network, including companies like SurveyMonkey, Palo Alto Networks, Pure Storage, and Cloudflare.

Students also gain a twelve-month on-the-job training and a co-branded SV Academy program certificate that’s issued by the university for any ASU or FIU alumni or senior graduating within 60 days.

Since 2017, SV Academy has led twenty-eight cohorts and transitioned hundreds of individuals into high paying, high-growth careers in sales.

On average, graduates of the SV Academy program secure a job in 39 days; In comparison, it takes an average college graduate three to six months to secure gainful employment after graduation.

Unique to SV Academy is its approach to sourcing non-traditional talent, and to date, the company’s graduates are 25 percent African Americans, 16 percent Latinx, 60 percent women, and 70 percent of graduates are promoted within the first year.

So far, SV Academy has generated $40M+ full time offers for graduates, expanded into new markets like NYC – now accounting for 33% of grads, and is projected to generate $100M in full time offers in the next year!

Landing a job in technology is one of the most coveted roles after graduation, and it’s also one of the hardest too. SV Academy plans to bridge that gap between you and a high-growth job in top-notch companies in silicon valley.

To apply today as an ASU alumni, go to: sv.academy/asu-sales-certificate

To apply today as an FIU alumni, go to: sv.academy/fiu-sales-certificate