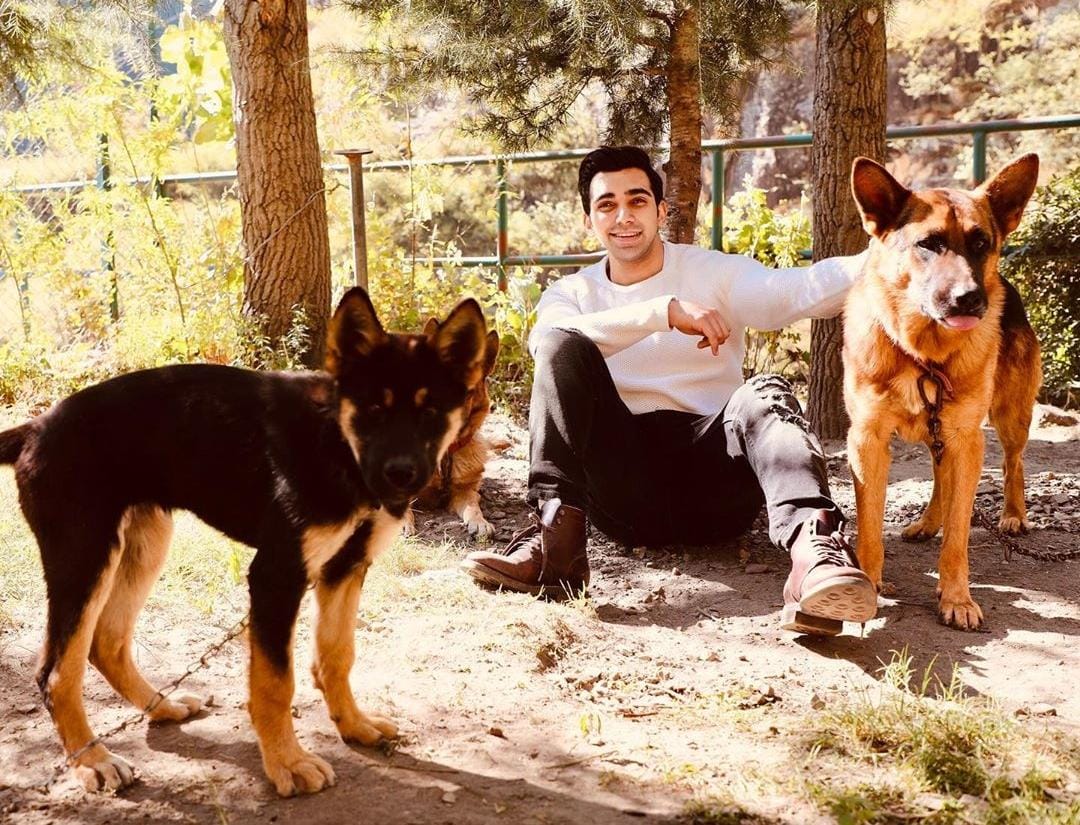 Kazim khan, a young entrepreneur with a passion filled within him , is much more than what being a businessman has made him to be.
Ambitious and determined, he has caught a whole lot of achievement in a brief time period. He owns a company named Exalter group which is now one of the leading building companies in Delhi as well as in northern India.
His passion doesn’t end just there. He has been known to own a renowned trading company called Himas Impex for the last three years.
What an enthralling journey from the life of a Mumbai boy to kissing the successful life that he has earned for himself now.

His passion seems not to be just limited to the extremities of business. Rather he had shown his love for the beings around him at whichever opportunity he is given with.
Caring for another fellow human comes out of natural instincts. It takes humanity to help someone when they are in a crisis. But it takes much more kindness to treat the animals around you the same way. It takes a real human to pull out such an act.

Amidst the global crisis that is ongoing because of the corona pandemic, the people are even forgetting their natural human helping mentality.
They are struggling on their own and is reluctant to associate themselves with anybody else.
But Kazim khan, the man with the golden heart had the audacity to hold out a helping hand to anybody who was out asking for one.

Be it people, be it animals, be it anybody. He doesn’t refrain from his act upon any kinds of dilemma or pressure.

Soon after the pandemic struck, millions of India’s street animals were seen going hungry.
People were afraid to go outside and the lockdown had begun. As very few of the food wastes were being thrown out, the street animals started dying out in hunger.
As part of saving the innocent lives and to deprive them of the hunger they hadn’t asked for, Kazim khan with some of his peers decided to feed the stray dogs of his locality.
For Kazim khan, this was nothing less than the happiest feeling in the world. But at the same time, there was a fear of rabies infected dogs lurking round.
But he was determined that, COVID or no COVID, that he is not gonna risk the lives of those innocent dogs. That was when he decided to risk his own life, to feed the dogs.

Kazim khan seems to have pulled out all stops. He has shown the magnanimity that he was born with. This showed that it does take something more than just a kind mind to care for the animals around you. For him, nothing makes him more happy than making others lives better.
A big shoutout to Kazim khan for being a true human and being the person who the people need to look up to, in such crisis times.

Related Topics:Kazim khan
Up Next

Young Entrepreneur from Jammu : Amber Gandotra who is determined to achieve everything at a young Age

Sushant Singh Rajput was an Inspiration says Shikhar Saxena a.k.a Sameer Saxena, The founder of ArtistoMediaEntertainment