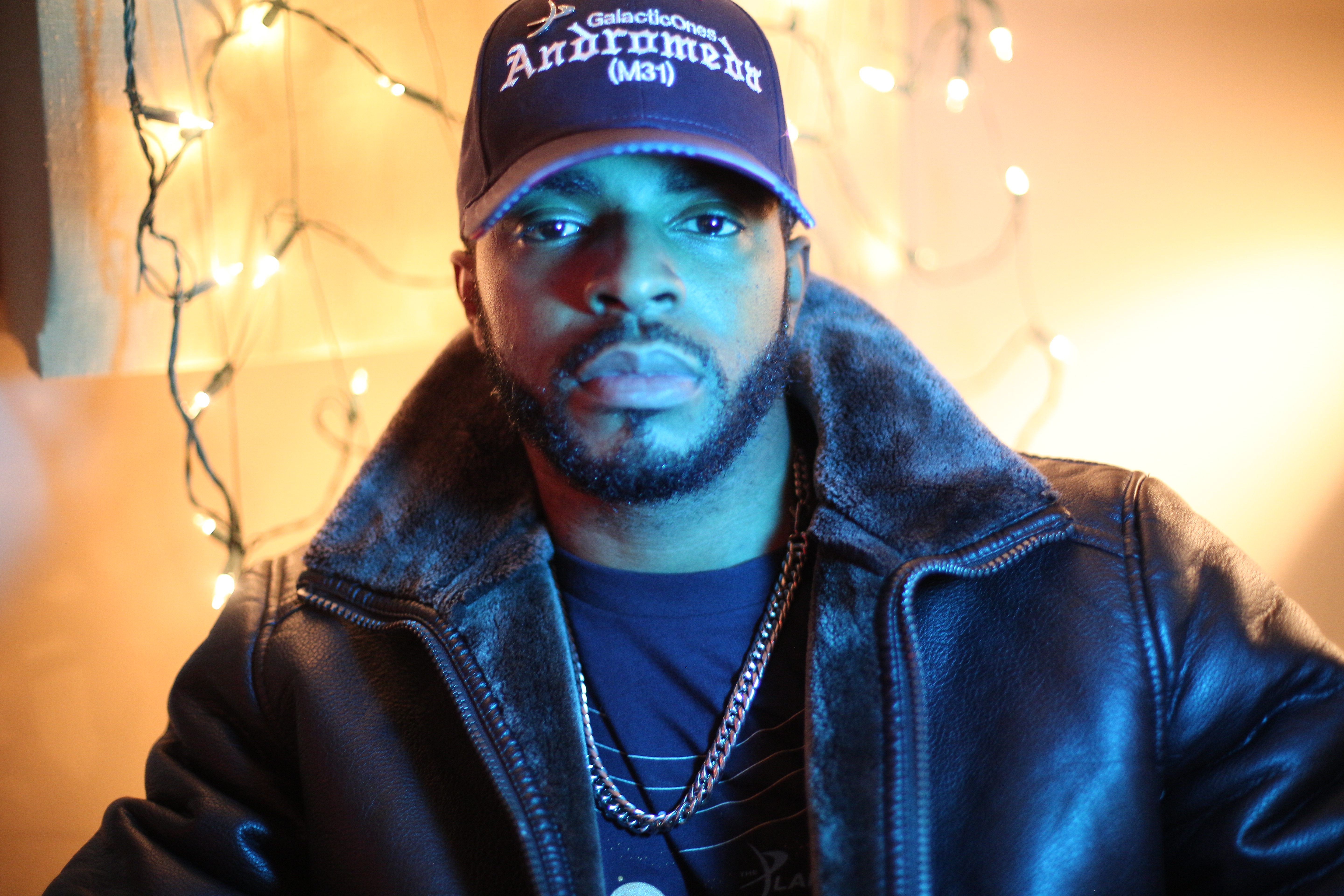 I had the pleasure of interviewing Hip-Hop Recording Artist and Entrepreneur Katrel Kelly. He has successfully release four independent albums and is one of the original founders of SKE Records. He is now back working on a new album titled “September” as well as created a new music label and space company called GalacticOnes.

Sure, Music and Entrepreneurship has always been something that I loved. As a kid, my grandfather would play all the old school music during family reunion trips. The platters, Ray Charles, Stevie Wonder, Smokey Robinson just to name a few. My mom and dad put me on to classic artist as well, so I knew right away what great music sound like. As far as hip hop, 2pac was my main guy. Then came Jay-Z and Mase. I’ve been creating music on a professional level since 2007, before that I was really trying to figure things out. I started an Entertainment Company in 2007 with Quinton Hatfield called Street Knowledge Entertainment which was the beginning platform for me to release music on. Just recently in 2018 I stepped down from Street Knowledge and started a new music label and space company called GalacticOnes.

Well, the story for GalacticOnes is still growing but let it be known that legendary things are already happening. As far as my tenure at SKE, I would have to say my label meeting with Def Jam Records in 2004. It’s was the most exciting thing that could ever happen to any up and coming artist. I met with Lenny S, We are talking about a guy who work side by side with Jay-Z for more than 20 years. It was scary, I let him listen to a few cuts from my third project Inspired By Greatness and he loved it. He gave me great advice and explained to me what I really needed to do to get ahead. We were supposed to have a round table with Akon’s Brother Bu and The Dream but it never happened. Lenny is over at RocNation right now, hopefully we can get back in the meeting room one day. Last year someone from Def Jam wanted to revisit the situation, so I will let the world know as new information becomes available.

That’s a great question. I have a mistake but it’s not a funny one. My mistake was not embracing my ideas and pushing harder at the time when the Internet was really becoming super important for musicians. I had ideas in my mind to create companies like what Spotify is today, even YouTube. I could have at least been a Vimeo. My mind is just constantly thinking and creating to the point I have time for nothing or a focus. So the change in that would be is to focus and go hard on one thing, as well as push the idea of it and grow it.

What do you think makes your company stand out?

GalacticOnes is kind of a unique company because we aren’t just a music or entertainment company. We are also a space company, we are involved in space exploration, technology and research at the same time. My membership and contribution to the Planetary Society will give us the direction on how I can combine Music and Space. It’s a strange passion of mine outside of music when it comes to space. I feel like we aren’t the only ones here in this universe and I want to be a part of the discoveries. I want to be a part of discovering the new technology, the new possibilities of sustaining life on another planet. I want my team to be a part of this excitement.

The key is have a great team, no one can do this alone. Entrepreneurship is very hard and it never gets easier. It has to be a place from love first, that’s my motto. Your team is there to help you push through when times get rough. Also, never stop learning. Keep growing and protect your peace.

Of course, Quinton Hatfield and I started the music journey together. He invested a lot of time, energy as well as finances in my music career. We have been through alot, and we made money together. He is a very intelligent person and I wish nothing but success for him. I love my brother and hopefully we can do good business again in the future.

I have had so much success but I still have a long way to go. I have visions of doing great things for world. I will say this, building SKE was task but I provided a platform and outlet for alot of artist. SKE Records had about 7-8 artist on it at one time.I was putting everyone on without the proper knowledge of running a label at that capacity. It was a place of love where I gave my platforms to people.  VisionBoard Films, SKE Studios were platforms I have invested in and gave people a home. I plan to do it again with GalacticOnes, just in a more Galactic Way.

Yes I do, Steve Jobs said “ Have the courage to follow your heart and intuition. They somehow know what you truly want to become”. I have started many ventures,  a lot of them was to make money and not what the heart wanted. I follow my heart and intuition on business ventures now. It has to be from a place of love always.

What are your “5 things I wish someone told me before I started my company” and why. Please share a story or example for each.

Let’s take it back to when I first decided to get into business. I would have to say that number one would be to save money. When I had a few other profitable ventures, I was young and had money rolling in. I was spending it as quickly as I got it. I don’t feel that bad about it because I was able to travel and enjoy things I never thought I would ever have the means of doing. Save money because you are going to need it in business when times get rough that’s for sure.

Guidance would be next, I never had the proper guidance, and I was pretty much doing my own thing and taking life head on. If I had that I think I would have probably been well off. Guidance or mentorship will help you avoid mistakes and pitfalls.

Never take a break, I took a break and I am now playing catch up. Never stop, Sacrifice and keep pushing. When I took a break from doing music, I lost so much time and opportunity. Life get in the away, sometimes we just got to move it out to get things done.

Get a team of people that are smarter than you, It just makes no sense to get people that are on the same level or have the same experience. Get someone that is great at what they do and pay them. It’s the only way to evolve any business.

Focus on one thing. As I said before, my mind would just create things while I sleep. I had too much on my plate. Focus hard on one thing and grow it.

It would definitely be a movement of love and building positive energy specifically. Something that can help us improve our soul and just want to do good for people and the world we live in. It would be a non-profit. I am actually working on one now called GalacticDreams.

Follow me on Instagram and Twitter with the handle @iamkatrel, make sure you all check out my new single called “More Love” by Katrel Kelly. It’s available on all music streaming sites. Apple Music, Spotify, Tidal, Amazon and Google Play. September Album coming soon real soon. Yes, and check out “Like Me” from my artist Shell Boog. It’s on all music platforms I mentioned as well