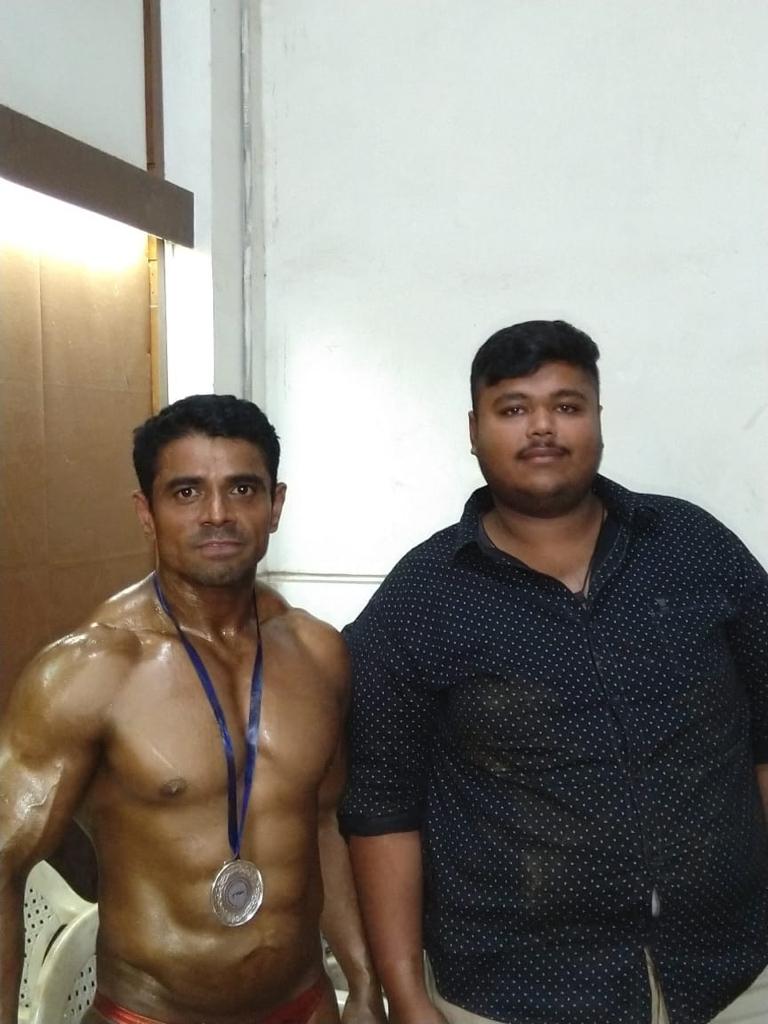 Kamar Ali Saiyed, is a 45-year-old trainer whose physical strength has always left people speechless. He has been a body-building champion several times in his life. From his youth day, Kamar wanted to get to a field where he could show his physical strengths. His Hardwork, focus, determination and never give up spirit helped him achieve what he wanted.

From the age of 18, Kamar Ali Saiyed started exercising an ld focusing on his physical health and fitness. However, money was the need of hour as he wasn’t earning much later by training people. So he decided to make a living by doing TV repair business. But his love for bodybuilding remained unchanged.

When he was doing his TV repair business, several people contacted him and encouraged to professionally get into body-building. Some even requested him to train them physically and mentally to be like him. So he decided to open his own gym called Raj Gym and started training aspiring body-builders every morning.

In no time, Kamar Ali Saiyed became popular and more and more people enrolled for training under him. Because of such a busy schedule, he couldn’t handle his TV repair business. So Kamar asked his nephews to look after it. The 45-year-old’s efforts paid off when Afroz Shiekh told him about various championships.

Kamar Ali Saiyed has been Mr. Gujarat, Mr. Ahmedabad, and has won Master Body-Building Champion Of The Champions competition. He is also the winner of Master Weight Lifting Championship. Kamar indeed is an inspiration to those who think they are old to try anything in life.

At the age of 40, Kamar Ali Saiyed fulfilled his dream and won championships in the master category. He was even unbeatable at the Bench Press Championship and won 4 Gold medals at the age of 40.

This was how Kamar Ali left no stones unturned and work this and settled a new benchmark.
Kamar says – Champions aren’t made in the gyms. Champions are made from something they have deep inside them-a desire, a dream, a vision.
Kamar Ali also trains Gujarat’s one of the top-notch star Vishal Parekh who is really doing good on social media & is coming up with his own youtube channel. Vishal has been seen with many A-listed Dhollywood stars in award functions. Kamar Ali is one of the most educated & experienced individual in fitness industry who can change your entire vision towards fitness & see life in a new way.