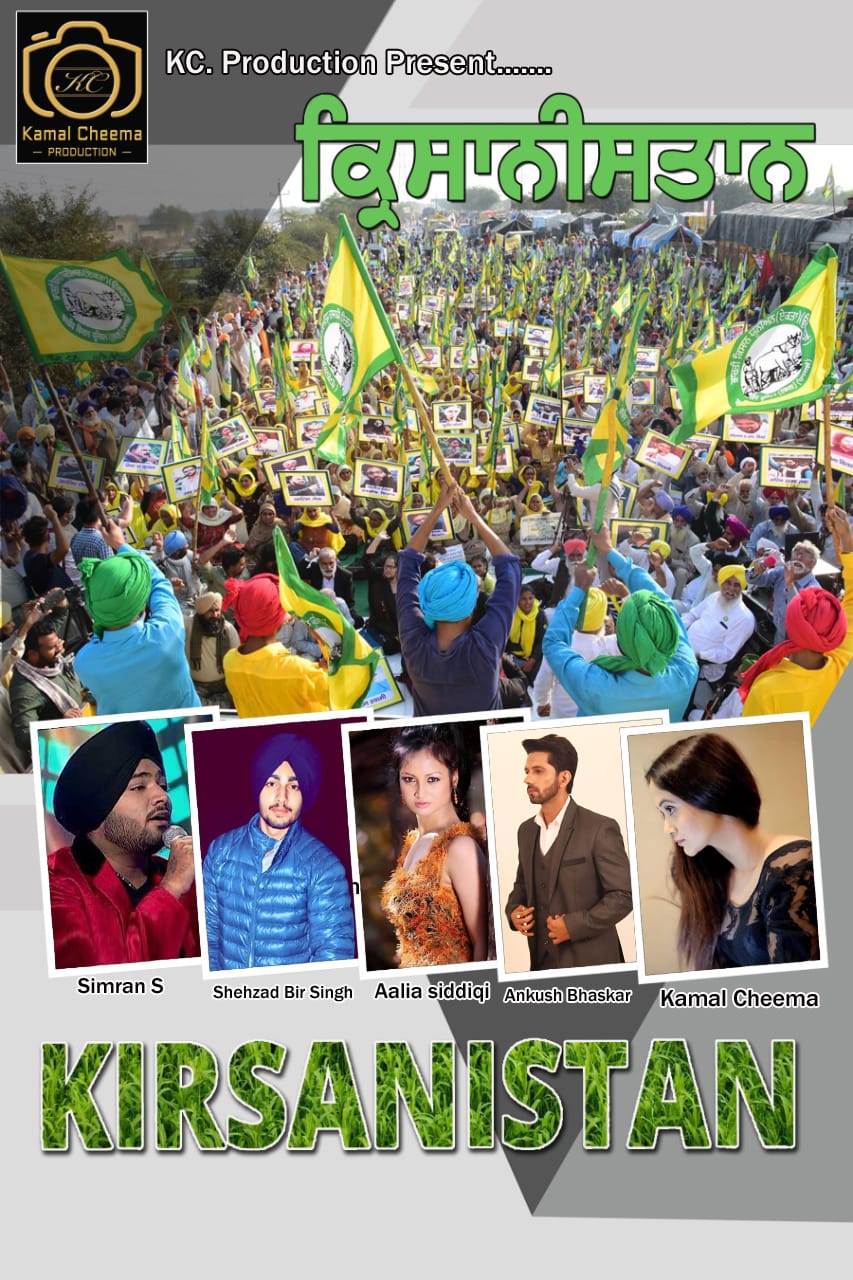 The opposition of the farmers going on in India is going on continuously, everyone is supporting the farmers.
On the one hand, the government is not ready to accept it, Protests are increasing day by day in the country,
In such a situation, big celebs are also with the farmers.and the youth are also supporting, These youngsters include some such names, Who have been supporting day and night with the farmers since the beginning, Whose name is kamal cheema, Simran S, Shehzad Bir singh, Alia Siddiqui, Ankush Bhaskar,

Kamal cheema , who has expressed solidarity with the protesting farmers, Going to share a tribute to them on 25th of February 2021 thru her poetry on youtube and Instagram. She and her Actors models friends lent their voices to a poem which tries to explain why the farmers have left their homes to protest on the streets and why they are being branded as rioters.

Her Song Name is Kirsanistan . A tribute to the hands that feed us… a beautiful poem written by Kamal cheema. Shot and conceptualized by Pro Studio and narrated by Ankur Bhaskar Simran S Singer, Shehzad Bir Singh Mehrok, Aalia Siddiqui Farmers protest,” she wrote in the caption of her Instagram post. Earlier, All Actors and Kamal Cheema expressed their disapproval towards tweets posted by Bollywood and sports stars criticising international celebrities for supporting farmers. “The voices raised are about the violation of human rights, suppressions of free internet and expression, state propaganda, hate speech and abuse of power,” she shared a post originally by a handle KC Production on Instagram stories.
The post said, “Journalists are being harassed. Internet has been banned. Protesters are being vilified through state and media propaganda. Hate speech desh ke gaddaro ko, goli maro sardaro ko resurfaced is flourishing. That is the issue that’s taken global centre stage. ”Last week, the external affairs ministry issued a statement that ‘vested interest groups’ were trying to mobilise global support against India, in the wake of prominent international figures including Rihanna and Greta Thunberg drawing attention to the farmers’ protest. Without taking any names, the ministry criticised ‘sensationalist social media hashtags and comments’ by ‘celebrities and others’. After the external affairs ministry’s statement, Akshay Kumar, Ajay Devgn, Kangna Ranawat, Karan Johar, Virat Kohli, Sachin Tendulkar etc.. and others put out similar tweets about the ongoing farmers’ protest, with many of them using hashtags such as ‘India against propaganda’ and ‘India together