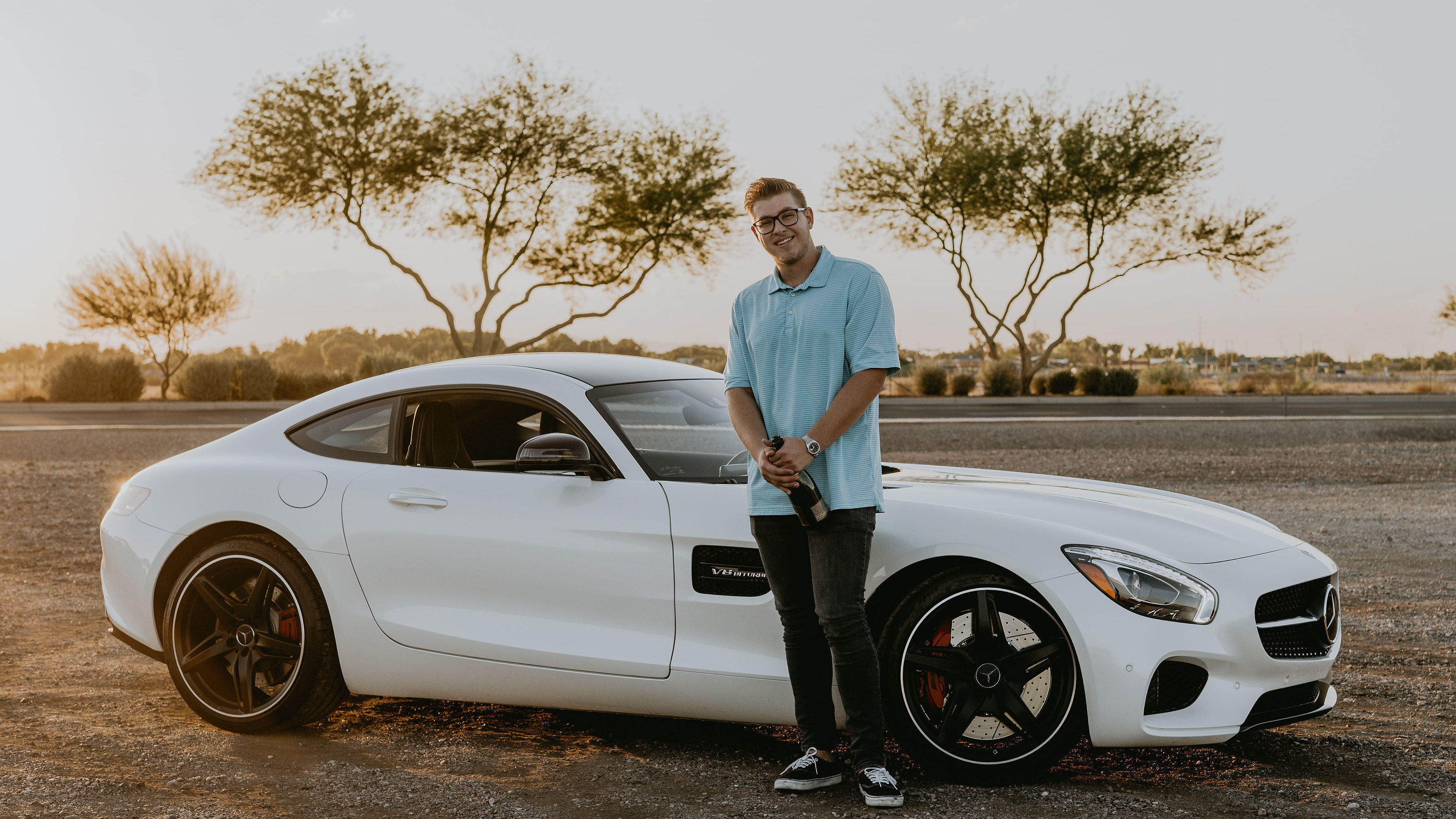 Justin Lawrence is a 23-year-old entrepreneur from Gilbert, Arizona. Growing up, he was always a young hustler and a studious child. He did well in school, but most of the time he was trying to find new ways to make money. When Justin was 16, he got his first job. After working his first job and having great success, he became obsessed with sales and marketing. Justin went on to work for this company for 5 years and was promoted 8 times. This shows the motivation and natural skills he possesses and combined with his work ethic he is an asset to any business.

After Justin left his role at age 21, the business he was running on the side with Ricky Guiterrez was taking off. The business, Learn Plan Profit is an online platform teaching individuals how to become profitable day traders. Justin was working hard to help grow a community like no other, and it required his full attention. With this conclusion, Justin moved across Arizona to live with Ricky and work on Learn Plan Profit full time.

With Learn Plan Profit growing so rapidly, Justin’s responsibilities grew more and more. Justin helped the students in the group, and handled all the day to day operations of the community. Justin has had great success working with Ricky and the Techbuds team and has learned many new skills on his journey. Learn Plan Profit has won multiple “two comma club” awards by Clickfunnels and has been recognized by Teachable as one of the highest-grossing programs on their platform.

As Justin has now created an incredible reputation at starting and scaling online businesses, his work with the Learn Plan Profit was not stopping there. As Justin has a passion for sneakers, and a background in reselling them, he wanted to create a company where he could help individuals in this simple, but extremely profitable business. This company is known as The Laced Network. Which has grown at an immense speed, and has helped thousands of people buy and sell shoes effectively. In less than a year, The Laced Network has grown to the third-largest group in its niche and has generated Hundreds of Thousands of Dollars in profit for its members.

Above all, Justin is a hard-working, driven individual who wants to live life on his own terms and motivate others. With all the success Justin has had, it’s very clear that he doesn’t take no for an answer, and if he wants something he chases it. Justin’s story shows that if you put forth the effort to be the best you can achieve your dreams. I can assure you there will be more businesses developed and scaled by this forward-thinking young man.

How To Work From Anywhere & Travel The World For Free: With Zach Benson