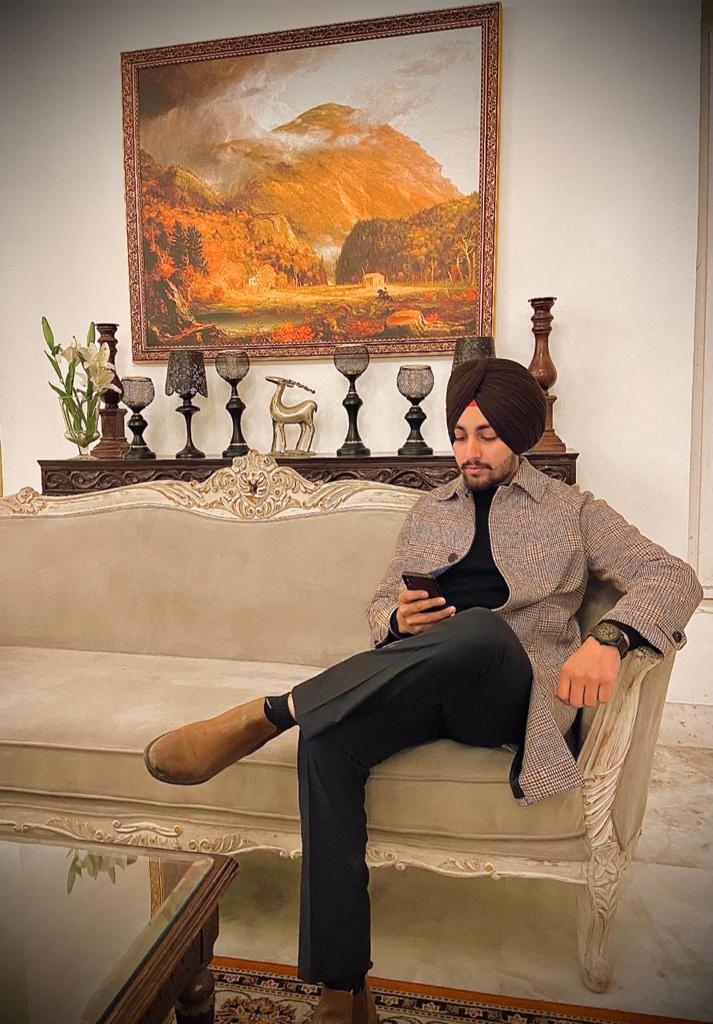 Shehzad Bir Singh is a young and talented actor & Model. He is born and brought up in Amritsar.He recently shifted to  Chandigarh for his higher studies and career . Shehzad participated in a three-day workshop conducted by Acting School of India in association with Natya Shastra. Shehzad was the last person to get admission to the workshop. He says I was very nervous on the first day of the workshop but when sir entered, his positive aura made me calm. He is very sarcastic at times but, in an encouraging way.”  He added by saying, “I think when I went to the class, I was Zero, but after attending the three days workshopI i felt very confident and better.”

He Won Mr Punjab 2019 As first runnerup . Shehzad is national level Bhangra champion and trained many  people.He said his parents r his strength and backbone. Shehzad got the title Best Smile in beauty pageant ” in  2019and he also received the certificate of  Gym Personal Trainer. Shehzad is fitness freak and doesn’t cheat on it.He is 5.10 inches tall,Very fair with beautiful smile always on his face .Shehzad is turban lover .He has big collection of turbans .He is quite fashionable and choosy in fashion.Shehzad is studying in Hotel management as His father is running two resturants in Amritsar.His best friend is his little brother Abhi Raj .His father gifted him innova when he won Mr Punjab in 2019 .He is pampered child .Shehzad Wants to make his career in Bollywood.Else in canada .He is currently dating his career.He is not just a Model and Bhangra King  but also a role model for all the youth out there in the pursuit of their dreams. From his determination and dedication, He fueled his talent in various directions like Bhangra.Coaching.Fitness And modelling .Shehzad will be recognized as the divine Model of the modeling industry across the entire civilization.

As well as Shehzad Bir Singh Going to do back-to-back fashion shows and Beauty Pageant in Punjab- Chandigarh, Ludhiana, Muktsar. As Cheif Guest And Judgement He used to always dream of walking on Ramp As far about Shehzad really got inspired to shoot portfolios from well-known Photographer’s ,
Shehzad Bir Singh Going to shoot in Short Film- Main Punjab Ni jana as a main Cop written and Directed by Kamal Cheema. This will be very interesting shor it film for international film festival. Shehzad Bir Singh Mehrok is all set for his debut infront of  cameras and it will be really interesting to watch him onscreen in his upcoming projects.