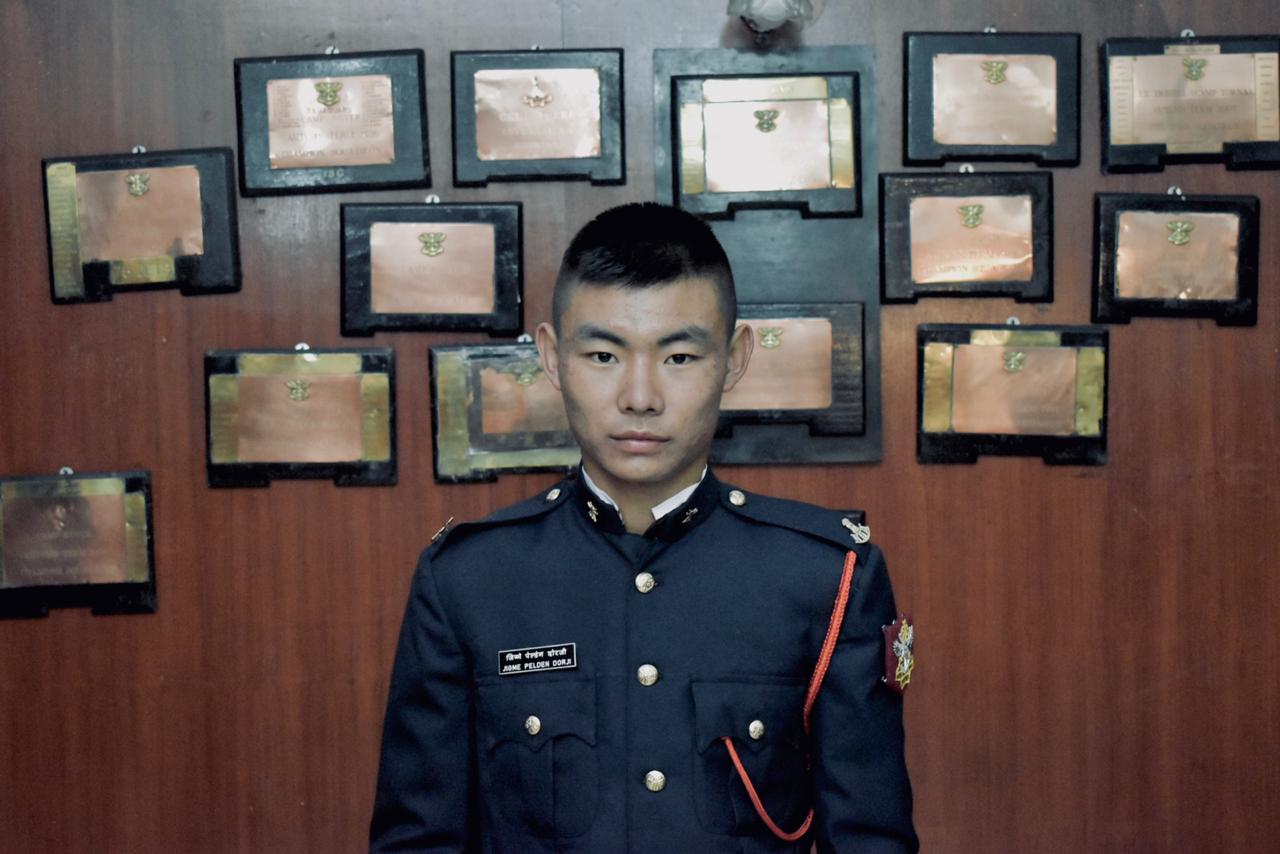 Jigme Pelden Dorji, a 20-year-old youth is a first and best equestrian to India from Bhutan. He is a cadet at NDA, Pune, and is also the first foreigner to receive the merit card certificate under training and be a part of Academy Team Riding and Polo.

He believes that his hard work would pave the way for the youth of Bhutan to have more opportunities in the field of horse riding in the future. He works hard to inspire.

He has all skills in equestrian starting from being a -2 handicap Polo player, a Novice Show Jumper, Trick riding, Dressage, x- country and not only these but also skilled in training horses and to discipline them for better bonding of horses and men. He believes that a bond between an animal and a man is an essential part of the equestrian field.

He is an ex-student of Ugyen Academy / Bhutan which is located in Punakha. He started entering the equestrian when he was selected as a cadet in National Defense Academy 2018 where he first learned how to mount on a horse and playing games at the national level. At present, he is representing his country Bhutan and as well as NDA. And he has learned all within a span of two and a half years, which is amazing. Now he is representing his country, Bhutan, and is a national level equestrian. But once he was just a normal, schoolboy with dreams. His journey tells us that dreams do come true.

He has a very unique personality and courage not only in the equestrian field but also in his merits and points contributions which are countless. He says that one should always keep the faith and never lose hope and should always keep trying even in the face od difficulty. He not only earned a merit card in Equestrian but he is also a merit cardholder in Physical Training, a Battalion Commander Motivational award recipient, Athletics Medalist, and more in his Academy.

He was selected for DHS Delhi Horse Show but due to the pandemic, he was held back in Academy. Nevertheless, he is an experienced rider now participating for JNEC (Juniors National Equestrian Championship) which is one of the biggest competitions held in India where all the experienced riders compete with each other. He is also preparing and warming up for the upcoming GENERAL THIMAYA POLO CUP.

When asked about something he would love to share, he said this,
“Showing my heartfelt gratitude to His Majesty the King Jigme Khesar Namgyal Wangchuck, General Bato Tshering, and all the members of RBA for all the support and motivation. All the staff of the National Defence Academy. Thanking the Equestrian Training Team of NDA without whom I wouldn’t have been at this stage.
I would like to convey that, in the current situation what comes first is our safety, as we can see many are suffering from COVID-19, it is always better to prevent them beforehand by following the rules and regulations so that together we can defeat the pandemic.”

How Thepssaini Become A Verified Musical Artist From YouTuber

Pratham Ahlawat-Millennial taking the blogging game up a notch