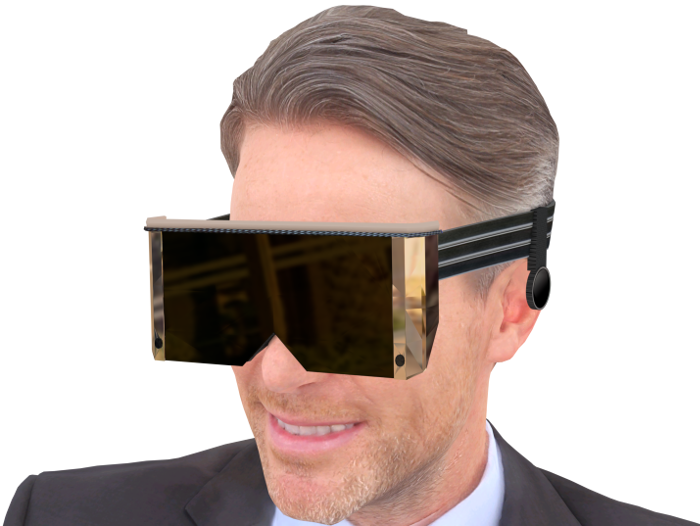 I had the pleasure of interviewing Shalender Singh the CEO & co-founder of Tier3D, a Silicon Valley company that has just launched a crowdfunded campaign on Indiegogo for an AI-Phone and an AI-Watch, that has already been fully funded within a day of launching! The company’s vision is so bold that it could shake up the entire computing industry. Shalender is no stranger to visionary ideas always on the cutting edge of technology ever since he graduated from IIT Bombay and was a computer scientist at Adobe, after which he started building really innovative hardware/software products for clients at the intersection of Computer Vision and Artificial Intelligence.

Well, being an entrepreneur is really not a career path, it’s more of a life calling with plenty of hard slogging and the occasional bungee jump thrown in to make it worthwhile. There was the usual frustrations of working in a large company, but in addition I have always had the knack for building robust products really fast and easy to use. In a large company you have to justify any innovation but in my own company all I had to do was find a client with whom my idea resonated and we could go ahead and build and deliver a custom innovation.

What do you think makes your company stand out? Can you share a story?

Tier3D is the first company in the world to launch an AI-Phone with perfected Computer Vision technology and an AI Cloud that helps anyone make money and social impact. In the early days when we had launched our website we got an enquiry from an animal rights activist who wanted to mount one of our 3D AI-sensors on a rhinoceros in Africa to track its movements at night, and build up a behavioral model of the animal and its surroundings where humans couldn’t go and simple night vision cameras can’t cut it. Of course with good technology, anything is possible within reason, but this set us thinking that what we were doing could actually have a major impact on the world so we redoubled our efforts to get the product vision perfected.

I now run and exercise everyday and in fact I managed to even lose 40 pounds in 6 months and came first in my age group in the annual Silicon Valley trot. Regular exercise gives me the energy to work the intense hours I put in and also clears my head. One of my co-founders is a yoga & meditation expert and that works for him because he is always calm and has fresh ideas to move the company forward. It also helps to take a really long view of a decade at least to bring the right perspective to the inevitable ups & downs of a startup life.

I have had great mentors in my life partly due to the fact that I graduated from one of the best technical institutes in the world in IIT Bombay so I have been able to connect to world class thinkers. One of my most invaluable connections, and an advisor to Tier3D, is Dr. Brian Josephson who is a Nobel Laureate in Physics and over the years he and I have had many discussions on the topic of AI and Physics that have inspired me to think really big.

Life teaches you only the lessons you wish to learn. I didn’t want to learn how to be a cog in a big company and so I never learned the art of politicking or working the corporate ladder. I am very happy with that decision because all I really wanted to learn was to build great products and make a huge social impact on the world – and that’s happening surely and steadily.

The one thing which I will surely follow on with after building out our AI platform is to build a Physics Computer. We already have filed patents on this idea and when realized it will make computing so amazingly realistic & intelligent that we can literally spin up several Einsteins-in-the-cloud on demand to solve the world’s toughest problems, such as isolating Faster-than-Light particles that have been theoretically proven but not yet validated. This will usher in a golden age of material prosperity that humans will give up their petty minded thinking to first clean up the Earth, and then focus on the real big challenges of life like how would we populate the stars in the night sky without polluting it of course. When there is ample material prosperity people generally are willing to ignore small differences that have caused so much conflict.

facebook.com/tier3d is where we have interesting conversations on the products we are launching and on the future of computing.