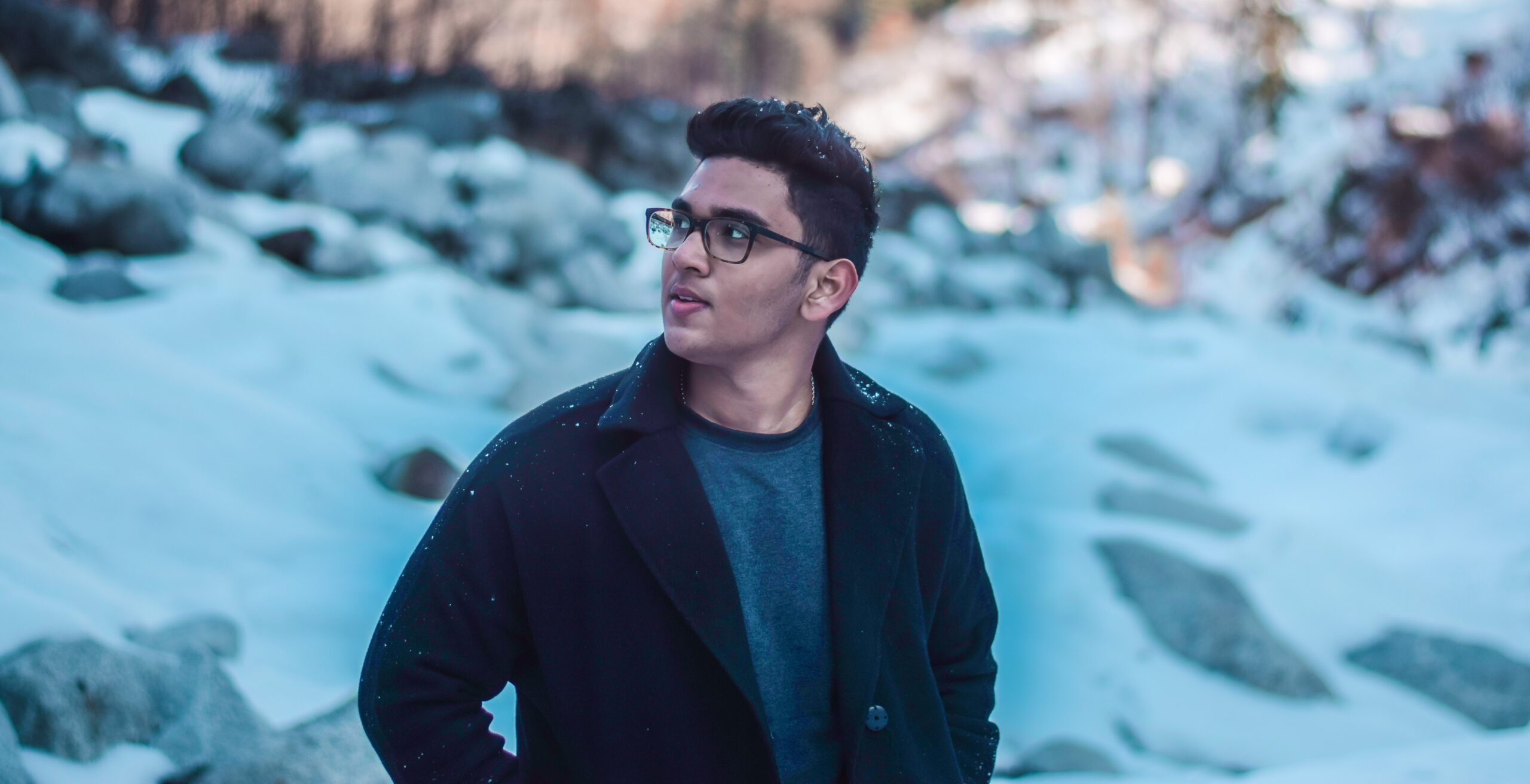 In his spare time, he would just grab his sub-optimal mp4 video player with a VGA 0.3-megapixel camera and

hop around the nearby playground and shot small videos.

But the dream needs effort and sacrifices to be crafted into reality.

But since most of us come from a society where dreams and passion are often submerged under the ocean of societal pressure and assurance of a future based on academic excellence.

But the chap knew since the beginning that “If you are studying with an attitude just to get a job, then the institutions will always provide workers and servants to the society not leaders”

So along with the formal schooling, he self-educated himself with Video editing, photography, and business skills. He used to look for videos of famous content creators and entrepreneurs and today he is part of their team.

At the mere age of thirteen, he worked as the most famous tech giant . Technical Guruji as a part of visual graphics creator.

Then he worked to design catalogs and video-content for many small-scale industries involving metal and factory equipment.

With the money he earned, he started an online merchandise company HeyPanda and this is the phase when life hit him hard right on the face. The idea failed terribly and the losses incurred were big enough so he had to work 16 hours- 18 hours a day for different agencies to repay.

But as we know the Best teacher in our lives are always our own adversities and struggles. If you learn from your own mistakes the last failure is not to be counted as a failure rather than it was a “Crash course to things to avoid in business”

THIS IS HOW THE “BRANDBANG” started

Now the fighter was back in the ring, not only with a powerful attack but also with rock-solid defense.

And the defense was by his teammate Rudraneel and Abhisekh. He uses to strike with the sword and they used to block the incoming strikes with the shield.

Society was too skeptical about the agency due to the Worldwide pandemic of Covid 19 and throttled economy, they never believed in him. But he had understood since the offline market is in stagnancy now both the consumer and the producer are now dependent on online platforms for providing flow to the stagnancy.

And the plan worked the agency started generating 5X revenues for the companies.

And now BRANDBAND works for people with whom half the youth Indian subcontinent thrives to get a selfie.

So you may not be knowing him personally but there is a touch of a little bit of BRAND BANG in all the media content you see over the internet.

So, this was the story of an 18-year-old guy who literally used his PAN card at the same age it was allowed to possess it.

Dreams do come true but are you ready to take risks?

Manish Bhattacharya is an ace in digital marketing in India. He has the experience of working with the topmost startups of India and that made him grow in this field.