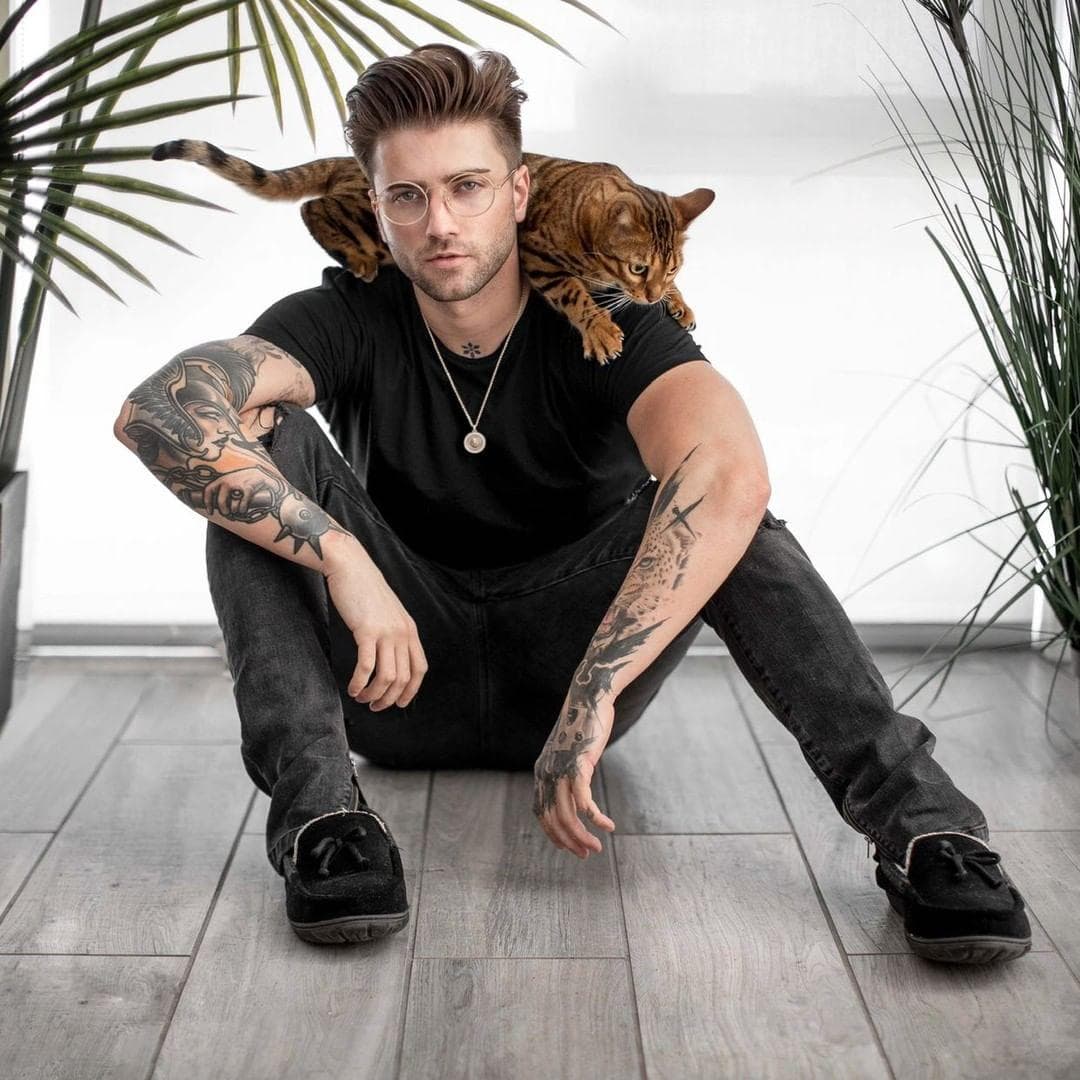 At a young age, Daniel Silva  exhibited artistic talents. One of the oldest memories Daniel recollects from childhood was when he tried writing words in school- Oddly, he drew letters he was told to write.Daniel was often seen scribbling on book covers.

Not surprisingly, he was recognized for his unrivalled lettering in class. This accolade was a major confidence booster for him throughout his stay in middle school.Later on, Daniel developed an interest in Graffiti and Spray painting.

High School days are challenging times for juveniles, it’s also a period where they get to discover their purpose in life. Daniel became aware of who he was at a young age -He was an Artist! And he stuck with it.Tragedy struck in High school, Daniel’s parents divorced. The trauma he experienced during this period led him to a destructive path. Having no source of income at the time, Daniel took to the streets and got involved in the drug trade.

Things went south quickly, and Daniel ended up in Juvenile hall- He was given a 5-month sentence along with 6 months of house arrest.Once he was done serving the 5-month term, Daniel was set free and he began mastering new skills, Skateboard painting and Film making.Eventually, he founded a Skateboard painting venture. Basically, he bought blank skateboards, painted them, and sold the boards for profit.

Neglecting the fact that he had just gotten out of jail, Daniel got back into the drug trade and, this time, he used the income gained from drug sales to finance his new business.

All through high school, Daniel sold drugs to fund his business. Soon enough, the law caught up with him and, as an adult, he was sent to a penitentiary.

After serving a year’s sentence, Daniel got out of prison and was forced to fend for himself.

His family cut off from him.

Daniel didn’t have a place to lay his head, He recalls that he slept in his friend’s garage.

In his words ” Life in prison was easier for him than life on the outside”. He also couldn’t get a job because of the tedious background checks run by firms.

After a lot of hustle,  he was able to raise enough money to buy tattoo equipment. Daniel already had the talent in him. All he had to do was to perfect his craft. He took to YouTube and watched tattooing tutorials.

Some Time passed by and Daniel managed to convince a local piercing shop to let him work for them as a tattoo artist.

Spending each second of your day takes you closer to your goals….

Daniel worked at the piercing shop for a year. He recalls that he put in 15 hours of work every day in order to become better at his craft.

Daniel’s Consistency and Dedication landed him a chance to appear on Ink Master, A competition series featuring some of America’s top tattoo artists. He went head to head with two other talented artist, Douglas hardy and, Ryan Ashley Malarkey.

He  emerged the winner of the competition

A mentor to young artist in the industry…

Daniel had become the youngest ever tattoo artist to win Ink Master and this gave him a huge reputation lift.

Four years have gone by since then. Daniel’s portfolio has spanned different industries. He’s been able to tattoo rappers such as triple Redd, and Youtubers like the Dolan twins. Not to mention Mixed Martial Arts champion T.J Dillashaw.

Daniels career has been one heck of a journey. Right now, Daniel is on a mission to give back to society.

We asked him a few questions and here’s what he had to say:

If someone would want to emulate your career, what would you suggest are the most important things to do?

It takes a lot of time and energy to be an artist. Stay true to becoming the best artist you can be and give every client the best experience possible. Your client’s happiness will outweigh any financial gain you achieve.

What are the most exciting projects you are working on now?

This will be the first-ever Tattoo tutorial course where you can you go from knowing absolutely nothing about the tattoo industry to becoming a master at tattoos and the Business structure behind it.

How Abby Frimpong Went From Non-Profit Employee to Female CEO