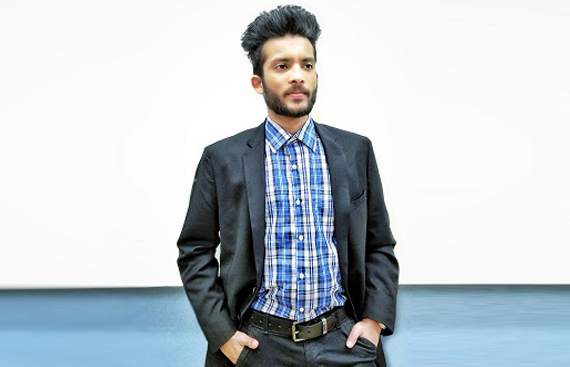 Romy Johnson is a popular Indian Entrepreneur, Businessman, Educationalist who is currently based in Canada. He is the founder, owner and CEO of Cool Gurus, Xaare and British India Academy.

In 2017 he started his first company British India Academy which offers English language courses and international test preparation coaching. Today at the age of 21, Romy is at the helm of a unicorn startup. Cool Gurus is a joint venture with Kerala based British India Academy, which is now valued at more than 55 crores. Romy Johnson appeared in Silicon India and was featured as the youngest and most successful entrepreneur Indian on the list. Cool Gurus Solutions provides blended learning management through mobile and cloud-based Learning Management System (LMS).

In a bid to promote online learning and boost content creation in the ed-tech space, aligned to the needs of 2020, Cool Gurus decided to generate an affordable alternative to formal education in collaboration with schools, colleges, universities and companies. The company is jointly owned with the British India Academy based in Kerala, India and is currently valued at more than 55 crores. In November 2019 the British India Academy accomplished its first milestone by delivering courses to over 10,000 active learners, making it the top-rated language institute in India.

He was recognized nationally for his scientific research and innovations during his highschool for building a brain-controlled electric wheelchair and finding an alternative to plastics using banana peels and tapioca.

Angelo Raguso, alias FAW9 : For almost ten years, he has dealt with electronic music, first as a Music Producer, releasing his music on top Labels in the sector, such as Spinnin 'Records, Elrow, Trax Records, Freakin909, Hotfingers and many others, to name a few, and then as a Label Owner for various record labels that launched and then sold or entrusted in permanent management to various collaborators. Today he is a Social Media Strategist, has worked and offered his services to top names in the American and European entrepreneurship sector, and writes as a freelancer, for sites like Disrupt etc

Chetan Rana – An IT professional turned entrepreneur who has gone all the way to help and support the needy.