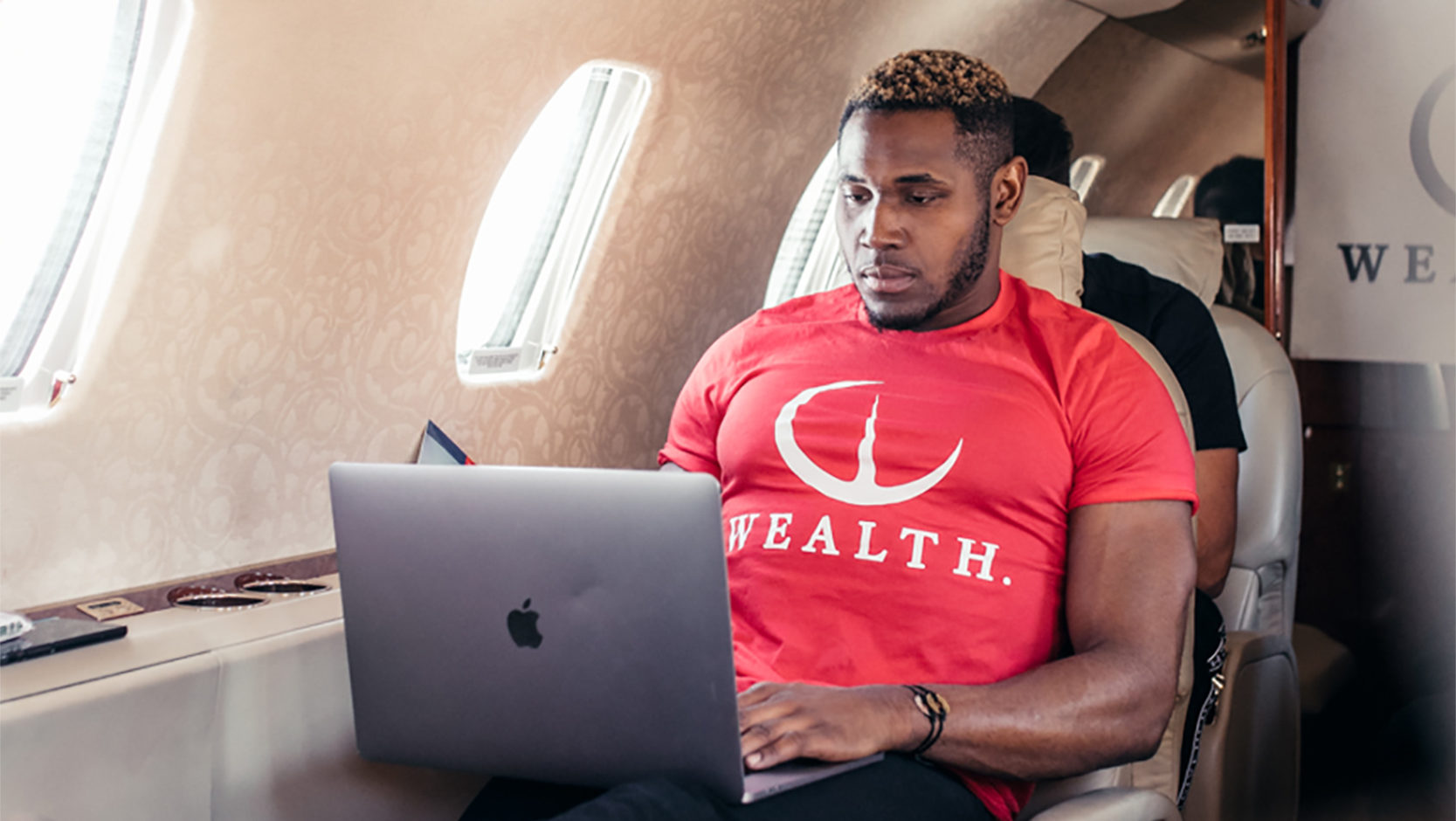 Martez House was over 300 pounds.

But thanks to his career ending injury that required him getting a plate and four screws in his foot, his journey of creating his plant-based movement began. Doctors told him that he wouldn’t be able to run again, yet he had never been the type of man to accept defeat. Through rigorous research and a determination to discover the path to fast recovery, he came up with a solution that would not only heal himself and help him shed over 115 pounds within a year, but also the formula that anyone could follow to quickly skyrocket their health.

He claims to know more about fitness and nutrition than most trainers online, and while the shape his body is currently in can convince many of that statement, it’s the results that his processes have produced for others than I believe gives him his credibility.

He gave me two major key insights on how he is currently positioning himself to revolutionize the fitness industry, and I believe what he shared with me could be applied by anyone for any industry that they are in.

1) Make bold claims, then back them up with concrete evidence

Most people in the fitness space preach eating chicken and steak for ample protein intake each and every lunch / dinner. Martez instead preaches eating plants. This certainly creates curiosity in the eyes of his prospects, or anyone who comes across him online for that matter, which creates conversation.

I certainly am no nutrition expert so I unfortunately cannot explain the science behind everything myself, but his breakdown and what he showed me definitely made sense to me. Say what you want about your stance on meat vs. plants, but his statement along with the way he backed up his claim created belief in his philosophy for myself.

Think of a bold statement that you yourself could make, then layout your “proof” in a simple and effective way and you too can have a great conversation starter.

Martez is very vocal about his stance on eating animals. And while I smile at the idea of biting into a juicy bacon burger, the energy he possesses in his stance against eating animals is rather quite contagious. I literally feel a bit hesitant to continue my habits of eating dairy and meat because of his conviction.

This led to my realization of how powerful one’s marketing can truly become when they let the world know what side of the line they are on. If you are a supporter of something and absolutely cannot stand the opposite of that thing, inform the world on your stance. This will certainly turn off many people (who you may be able to convert to your side) which is fine, but you will also create raving fans within the group of people who share your same stance.

I believe Martez is actually quite a genius if he actually had the realization of how powerful this form of marketing would be and executed on his, though one doesn’t need to be a genius to apply what he is doing for their own industry. Pick a side that you want to be on, and make sure that the other people on that side in the world know they should go ahead and join you. That right there will not only create a movement; it will disrupt your industry.

My name is Ken Conklin, and I hope you got value from this article.

How to Position Yourself as an Industry Expert

9 Tactics Used By Influencers To Go Viral on TikTok

Recognized by Forbes and named one of the "Top 20 Entrepreneurs To Pay Attention To In 2020" by Yahoo! Finance, Ken Conklin consults 6 and 7 figure business owners (even a $100M net worth client) on how to turn their "hustle" into a predictable & scalable machine. He is the Head of Growth at Gravel to Castle Accelerator, a marketing firm that's served hundreds of clients in over 20 different industries, and he can frequently be seen speaking at various events across the Unites States.