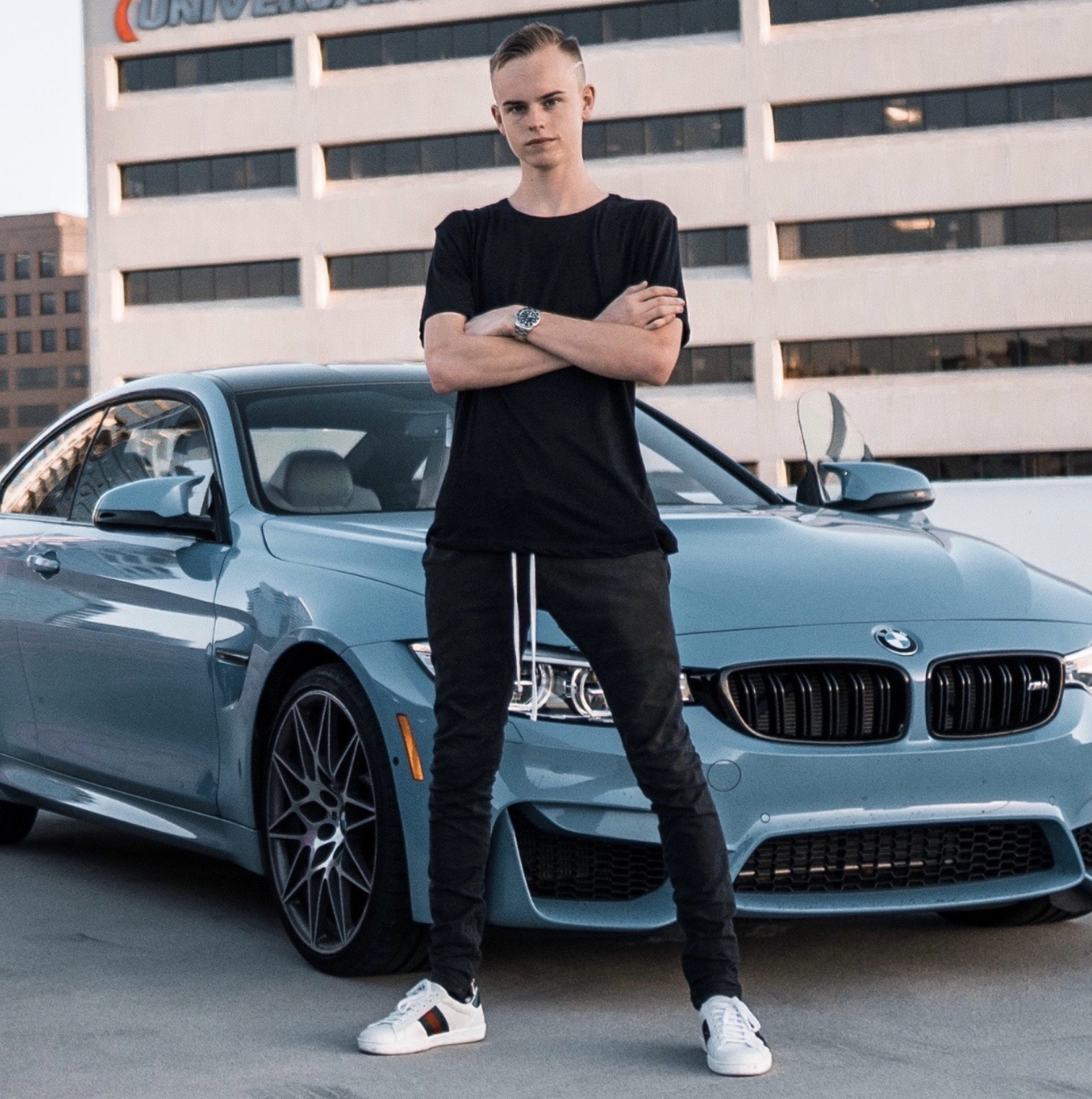 Cameron Conrad, from Orange County, California recently turned 19. In the last 3 years, Cameron has launched, scaled, automated, and sold multiple eCommerce dropshipping businesses with revenues as high as $22,000 in a day ($77,000 that week). He use to work as a busboy and food runner at a restaurant. Then he quit that job after he made $300 from his  dropshipping store during one of his shifts. $300 is what he made during a whole week there. That’s when he knew it was the right time to quit and go full force into ecommerce.

The two main projects that he is working on now include:

Cameron grew up playing competitive soccer his entire life. However, he also had an early itch for entrepreneurship! The very first product he ever sold was duct tape wallets in 5th grade. Once he reached middle school he began selling candy. Then, in early high school he sold ocean photography canvases which you can still see on www.cameroncphoto.com Late in his junior year of highschool Cameron stumbled upon Shopify. That’s when he decided to do an independent study in order to focus on eCommerce and dropshipping during his senior year. By this time, Cameron had already done 6-figures still in highschool.

For everyone who thinks they need to leave, IT’S POSSIBLE to do it while in school and with social responsibilities. – Cameron

Cameron moved out a week after graduating and built the DOTCOM brand on Instagram with an audience based around eCommerce and making money online. In 2016, he was just 16 launching his first dropshipping store selling niche iPhone cases and accessories. The first month sold $2.5k and quickly scaled to a $8k month and then peaked around $15k a month mid 2017. Cameron was able to sell that store to a larger ecommerce conglomerate mid 2017. By that time the DOTCOM team had ventured into other niches online such as women’s fashion, men’s jewelry, with each producing 6-figures in revenues. Relationships have been a big part of Cameron’s success. He recently had the opportunity to fly to China and meet with one of his long time suppliers who he originally started with. This supplier has shipped 4,000+ orders for him.

It must have feel amazing to release dropshipco, congratulations! So, why did you start this and what’s your ultimate vision for it?

Why do you think dropshipping is so powerful?

Cameron: Of course, the initial thought that comes in my head when this question is asked is the location & time freedom aspect of the business. In dropshipping, you act as a bridge between consumer & supplier. To do that, pretty much all you need is a few bucks for hosting, the right knowledge, and wifi. Therefore, you can complete your work online (location freedom) and choose when to work at your discretion (time freedom).

But honestly, it’s deeper than that.

I believe the true power of dropshipping resides in the ‘ownership & control’ aspect as well as the scale ability of the business model. With dropshipping, everyday people are given the power to become owners and build/control true, real-life assets (the actual dropshipping business).

For most, the idea of being an owner and having control in a business is as much as a shy dream. Dropshipping gives people that opportunity and lets them claim their own piece of the multi-trillion dollar eCommerce market pie.

Moving onto the scale ability aspect, this type of business is not like a lemonade stand or retail store. There is no limit to how many feet per day could step into your storefront. When dropshippers figure out how to take advantage of huge advertising platforms like Facebook or Snapchat, they’re able to drive mass traffic to their online store in the hundreds of thousands (in single days).

Although aggressive scaling is challenging to sustain and comes with it’s own set of tribulations (like everything does), I have yet to discover a business model other than dropshipping that would allow a kid to put up 5-figure days online without ever technically having to leave their bedroom.

I appreciate you for sharing your amazing story and thank you again for your time. Do you have any last words of advice for the readers at home?

Cameron: Rome wasn’t built in a day, and  neither was any successful dropshipping business.

Thanks for the interview! What’s the best way for our readers to find you online?