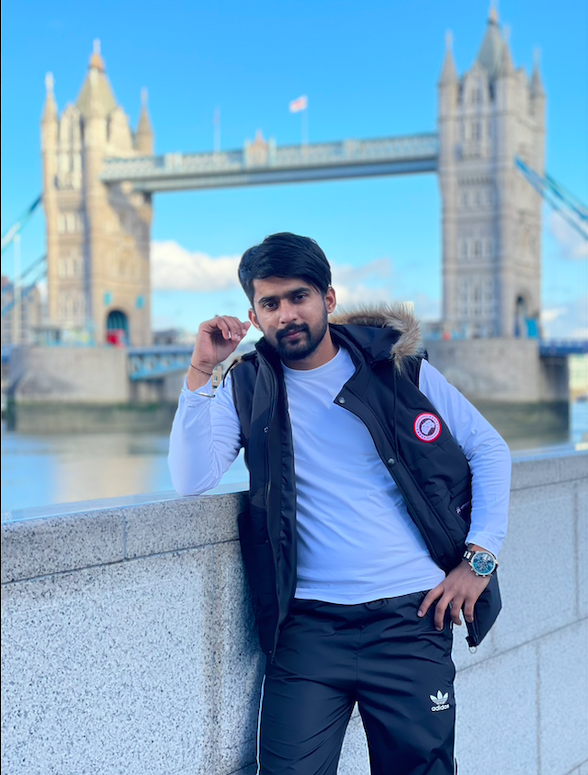 Randeep Singh, better known by his stage name Deep Sohi, is an Indian singer, lyricist, composer and performer associated with Punjabi music and Punjabi cinema. He was born on 15 July 1993 in Bagrian, Sangrur, Punjab, India. He did his schooling from a local school in Patiala and completed his degree from Government Mohindra college, Patiala. He made his singing debut with the song “Ashiqan Diya Adatan” in the year 2016. After this, he also released Akhan De Taare, Meri Jaan, Sardara De Munde, Rutba, World Map, Ikk Vaari, Maa, Stuck on You, Ameeri Nanak Di, Kandh Roi, Zindagi Ban Gai, Zimidaar v/s Sarkaar etc. His recent release is Gangwar along with famous playback singer Gurlej Akhtar.

Deep sohi started his career with writing lyrics for his songs “Rabb Nu Ulambha”, “Karde Tu Han” and many more. In 2016 he released his debut song “Akhan De Taare” penned by Nawab Bagrian and composed by famous music director Kil Banda. Then he came into limelight with his tracks like “Meri Jaan” and “Sardara De Munde”. Subsequently he achieved mainstream popularity in 2017 with “Meri Jaan”. He also worked with some famous record labels like Batth Records & Jass Records. He released his tracks as a lead artist. These song’s music video has been viewed over Million times on you tube and other social media platforms. The young singer has already established himself in the music industry and has a huge fan following on social media. Deep Sohi’s Instagram account has over 15k+ followers, making him a popular name on the social media platform.

By the way, Deep Sohi himself is a great actor. He will create magic on the big screen with his acting skills as well. Talking about his relationships with other artists in music industry, he has a very good relations with many well-known artists. One of them is Music director Kil Banda, who is very famous music director of the Punjabi music industry. They Started their career together from the song “Meri Jaan” in 2017. Till now Deep Sohi’s all song’s music is being composed and arranged by Kil Banda. Similarly, Deep Sohi’s all songs are penned by famous Punjabi songwriter Nawab Bagrian. Meanwhile, both Deep Sohi and Nawab Bagrian are from same village “Bagrian” in Sangrur District of Punjab, India. This team work of Deep Sohi, Kil Banda and Nawab Bagrian is the main key of their success in music industry. They are continuously working together on upcoming songs and projects. They are ready to give many big hit songs to their fans.

Related Topics:Deep Sohi
Up Next