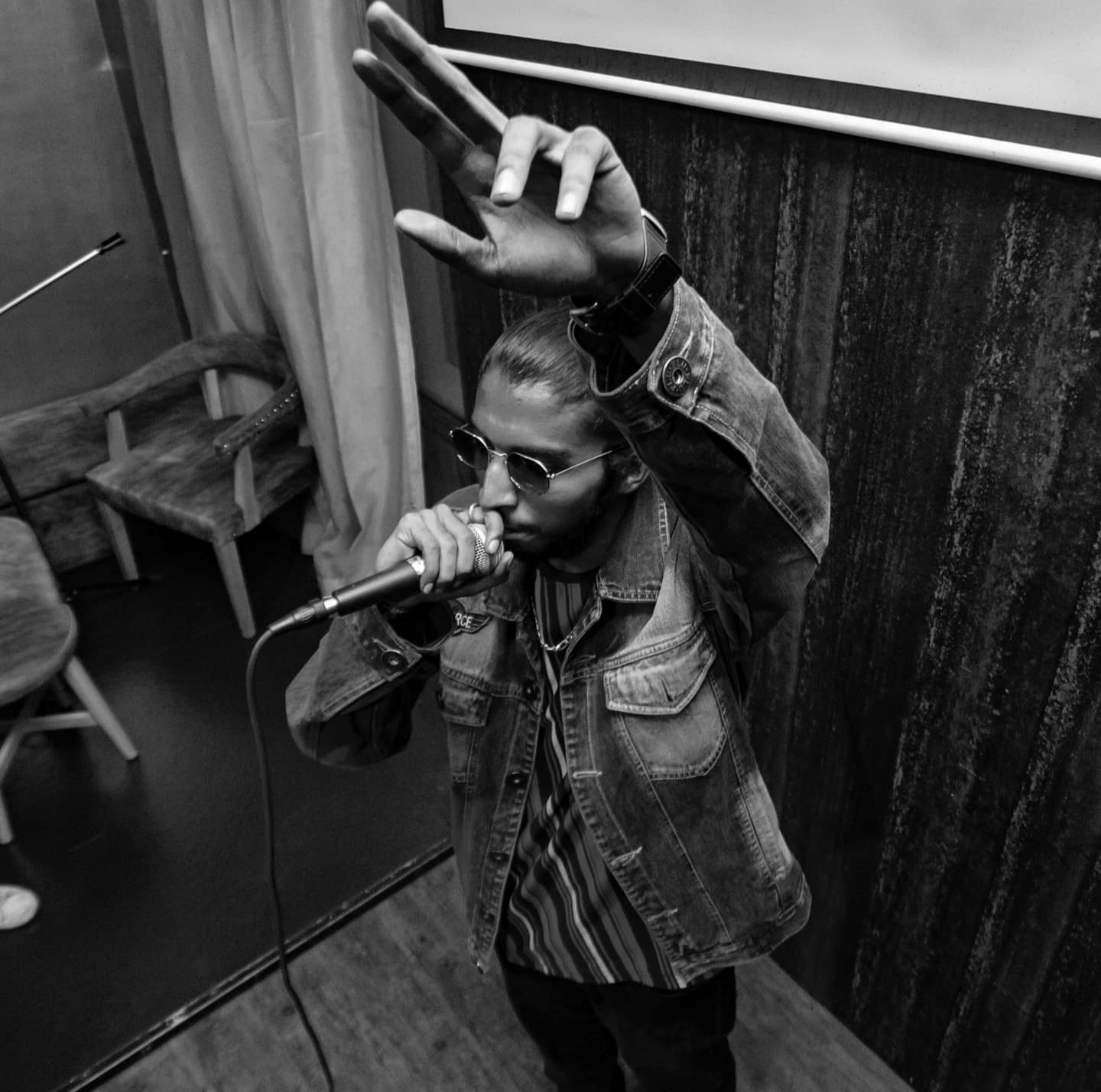 Rap music has seen a rise with back to back bangers and lyrical craftsmen at their job always. There is an unique set of artists that originally belong to the desi deep roots of the B-Town Mumbai, but they’ve hustled to build a lifestyle and earn their living overseas. Amongst the vast pool of talent and controversy, Gravity (Akshay Poojary) & Bombay Lokal is the latest buzz in the Indian Hip-Hop scene.

Not having a background in music or films, only with his quest to prove his mettle as a rapper and with his passion for doing something for Underground Rap/Hip-Hop Culture, Gravity has dived in the new school.

He also aims to take ahead the many talented artists from Bombay to make them gain a name for themselves that they truly deserve.

Gravity’ says that music is one of the few mediums where the artist can convey whatever message one might want to in an enjoyable manner to the audience. It is thus suitable and best for conveying serious and politically-charged messages. “The more the people listen to the music, they might stumble upon what’s being conveyed and contemplate their beliefs and practices. Hip-hop has done it multiple times in it’s originating nation with crews like Public Enemy, N.W.A spawning or inspiring nationwide movements,” concludes Akshay.

Checking his Instagram would let people know how consistent and creative he is in posting new stuff and the new projects that he produces. To check out more about him, follow him on his handle which is included at the bottom of the article.

Akshay Poojary, or Gravity, is a young rapper and co-founder of Mumbai-based hip hop crews, Death Clutch Music, and Bombay Lokal. Known for his conceptual albums, Gravity is popular among the underground hip hop community, and is slowly gaining momentum with the rise of the hip hop culture in the country.

“Bombay Lokal” is the very first Hip-Hop collective from “Vasai-Nalasopara-Virar”(northern suburbs of Mumbai). It is a movement initiated by skilled/passionate hip-hop artists to spread the culture and to raise socio-political awareness amongst the youth

Consisting of 12 artists, the collective not just has emcees, but also b-boys, beat-boxers, graffiti artists and a DJ. Founded with a vision to combine all the elements of hip-hop together at the core, the collective believes in knowledge. Their objective is to unite the people, raise social or political awareness amongst the youth, and provide recognition to the street culture by making it reach to the local masses of Mumbai and beyond.

Sai Anand a.k.a Swarkaar, A Rapper/Photographer is hitting the Bangalore Hip-Hop scene & try’na making it big!