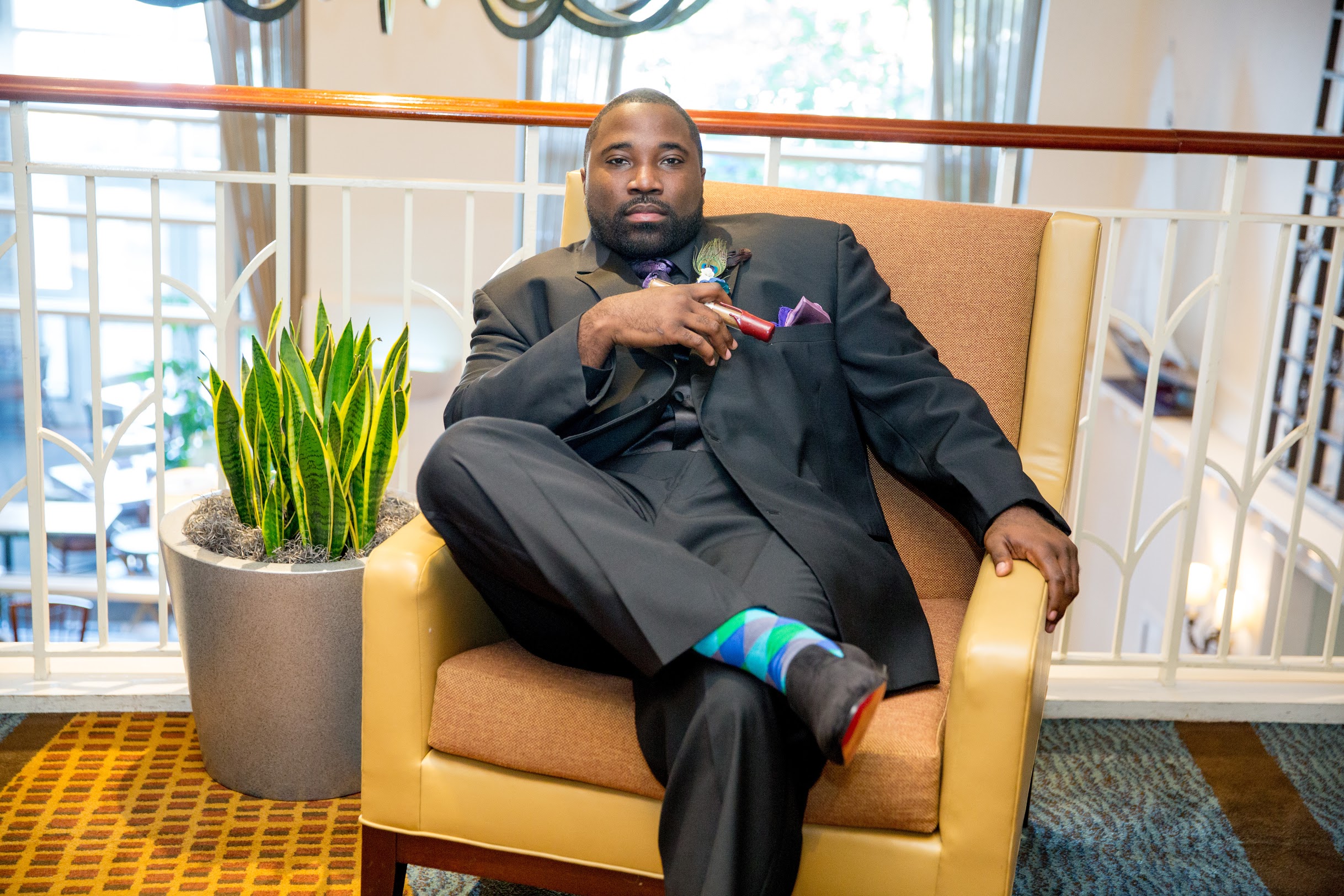 For most athletes the next step after college is to head straight into the major leagues. Whether that is the NFL, the NBA, the MLB or even the NHL the journey to get to the next level is almost 90% of all collegiate player’s plans. They put their bodies on the line for those college years without the ability to earn a penny from their talents on the field. Getting to the next level is the common goal that makes all the hard work and sacrifices throughout college worth it.

Meet Justin Allen. He is a serial entrepreneur, but before all of that he was a nationally ranked linebacker at Cheyney University of Pennsylvania. He attended that college as a business management major which propelled him not to the NFL, but to be the owner of several companies. His biggest company to date is a fitness apparel clothing called “DA Method Apparel”.

Since an early age Justin Allen knew he was going to be an entrepreneur. Although he had dreams of playing in the NFL, his vision of ownership eclipsed those thoughts. He went to share with me that entrepreneurship has always been apart of who he was. He came from a very driven, disciplined and hardworking background. His parents were hard workers so it was something that was always around him. Although as child, his job was always to focus on his education, his personal love for sports, work ethics of determination, dedication and follow through seemed to reveal itself in everything that he did. Whether it was in the classroom, church, the football field or just as a leader amongst his peers. When a strong foundation is built on those principles it becomes second nature to put your all into everything you touch.

“The goal of DA Method is to be a lifestyle brand. The apparel is piece of a larger entity where the overall focus is to inspire and empower the whole individual to be the best that they can be, period. Being the best is more than physical, it’s mental, emotional and environmental” Justin says.

He believes in and stands by the principles of his brand Determinate Action – You as the determinate must put the method into action.

As a fellow entrepreneur there is always a turning point that puts us in a certain direction. Justin attributes his turning point to a time when he was working for another company and they asked him to either sell them his business or quit. It was then that he had to make a decision to make the safe and comfortable choice or go all in and bet on himself. Clearly he chose the latter.

To date his company is growing into one of the fastest fitness apparel companies nationwide. DA Method Apparel is the lead sponsor for the American Basketball Association PG Valor basketball team. They are also sponsors for many athletes in mixed martial arts, professional wrestling and boxing.

Related Topics:#entrepreneurBusinessfitness apparel owner
Up Next

Why Kaho Shibuya Was Born To Be An Entrepreneur

Barion McQueen is a serial entrepreneur and branding specialist with years of hands-on experience in helping aspiring startups pave their way to professional career success. He also serves as a real estate investor and business consultant who excels in the art of building positive brand identity with effective social media campaigns & digital marketing strategies. Barion is an avid seeker of knowledge and a zealous author/speaker who pens down his professional insights to direct aspiring young entrepreneurs. ​He presently serves as the owner of The Brand Castle – A full-service digital marketing/branding agency specializing in Search Engine Optimization (SEO), Social Media Management, Web Design & Development, Pay-Per-Click, and Digital Content & Video Production. In his decorated entrepreneurial journey, he had formulated multiple tech-based startups & businesses. ​He attended the University of Delaware for Civil Engineering and dropped out of college before graduating. He focused on his career in the construction industry where he as more than 13+ years before stepping into the world of digital marketing. Barion has acquired a great deal of acclamation & recognition for his work as a digital marketing expert. He shares an incredible passion for transitioning the hard work of aspiring entrepreneurs into proven success stories.