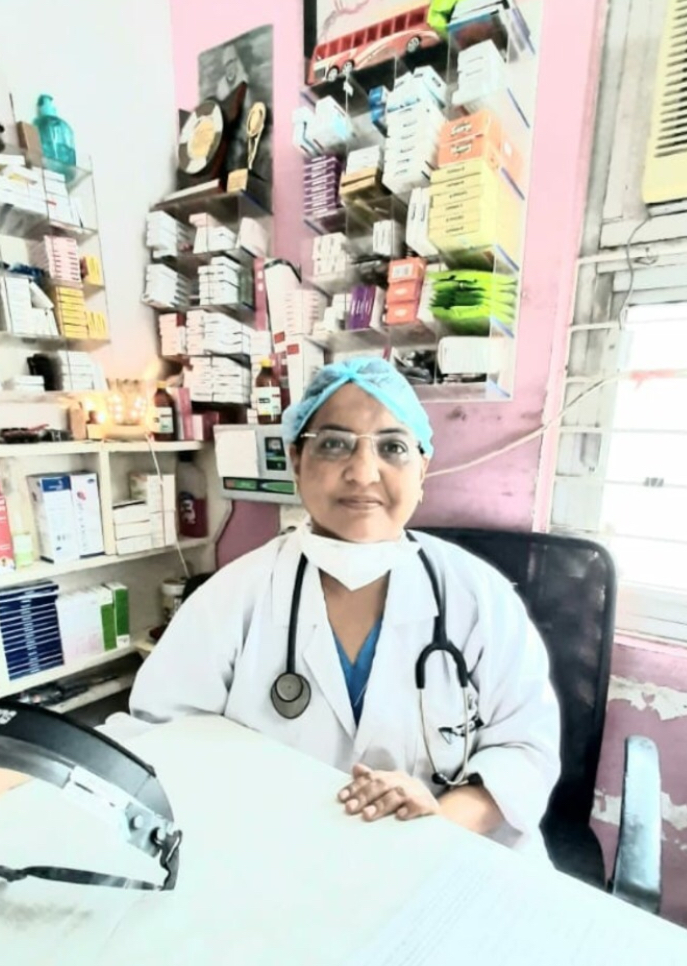 Well, we have read enough stories about feats of courage done by ordinary people, resulting in tremendous good in the society. Let us admit, fancy and bold stories do not appeal to us as much as the real stories of bravery done by seemingly ordinary people in extraordinary ways and situations.

This is a story of one such woman, Dr. Ekta Trivedi who hails from a humble middle class family of five from Indore. She had a very simple childhood but outrageous dreams. Like every middle class family, her family had their own share of problems and her being the oldest one, it took the biggest toll. From a very early age, she realized the importance of a strong career and power. Her powerful dream of reaching the highs of her professional career and her ardent desire of doing good to the society led her to her dharma- becoming one of the most righteous and dedicated doctors the world had ever seen. She recalls herself to be a young girl of class 10th when one day she went to the infamous Khajrana temple of Indore and stood in front of her god, acknowledging her soul’s dharma- to be of boundless service and love to anyone and everyone who might be in need for.

That one promise of hers became her guiding force through every obstacle that life gave her way. She had always been an extremely bright student and went on to being at the top of her class throughout her medical education and also securing state rank during her post-graduate examination. Years went by, Dr Ekta’s passion and her hardwork made her one of the most leading gynecologist and infertility specialist in the city and the country.

Cut short to 2020, the world had started to cripple in the fear of the COVID-19 virus, whose etiology the scientific community was just beginning to discover. The situation got worse and a strict lockdown had been imposed. The city of Indore was laden with fear as cases continued to rise and people associated the disease with death. The clinics had to be shut down and hospitals could only serve a meager number of patients which mostly were emergencies. This meant a lot of her patients had to suffer with their ongoing treatments. Just when these challenges weren’t enough, societal ones popped in her life. Dr Ekta and her husband have their clinic on the first floor of the building and their resident on the third floor (the building also happens to be commercial). Quickly all the paranoid residents of the building reached Doctor’s place and strictly ordered that no patient would be allowed entry in the premises. To avoid any further conflict, Dr Ekta and her husband humbly abided by the demand.

They continued offering their services online but a number of her gynaec patients with serious complications like excessive bleeding, miscarriage and oligohydramnios (less amniotic fluid) to name a few suffered painfully. There were infertility patients who had conceived after treatment of 12 years and now had no one to assess their baby’s growth. All of this troubled her soul and she badly wanted to do something for her patients.

Suddenly, an idea struck her. If the patients could not come to the premises, she herself could go out. Now the question was, where could she go when everything was shut down and even hospital OPDs weren’t operational. The only option she was left with was her car. That is when she quietly arranged a basic makeshift clinic at the backseat of her white i10, keeping basic medicines and eqiupments ready for her patients. She started seeing her emergency cases in her car clinic with all the necessary precautions despite of opposition the residents. She continued working nonetheless, ready for any other hurdle.

This one day, a patient of her comes with bleeding in early pregnancy and It was crucial to rule out ectopic pregnancy through ultrasonography. Dr Ekta owned two ultrasound machines in her clinic herself but because of the ban on patients entering the premises, she was helpless. No other sonologist was ready to perform the sonography. Ultimately, she had to take the case in her own hands and very discreetly she took the patient with her upto her clinic. As she was performing her examination, she heard an angry knock on the door, who happened to be the women from other flats waiting to complain about the patient. Dr Ekta continued with her work, managing the bleeding patient. After that, she calmly tried to address the women with her reason of as to why she had to bring her patient up but no one would listen to her and continued to abuse her verbally and emotionally. A righteous doctor had to pay the price for serving a patient in need. This instance only made her stronger and more fierce with her cause.

Nelson Mandela happens to be a very big inspiration for her. She admires his quality of forgiveness which he strongly practiced during his time in jail suffering extremely disrespectful treatment from people around him. She believes forgiveness is one of the noblest qualities one can possess and holding onto any grudges only drains one’s own energy which can be used to achieve their goals.

Dr Ekta continued to work as a true warrior throughout while the rest went against her ways. She successfully managed a lot of high-risk cases, saw patients who were repelled from other places and doctors, and delivered healthy babies, bringing happiness in countless families. She kept herself, her patients, and everyone else around her safe by her care, indomitable spirit, and love towards her profession.

Dr Ekta Trivedi is a big inspiration amongst many others who have reminded us to stay true to our qualities of compassion, kindness, and hardwork even in times of distress like these.

Karan Rajput: Raring to be a top icon in the vast fitness world, changing lives through his transformations for them.

A healthy diet is essential for a healthy mind. liver functions also depend on a proper food habit – nash24x7

Hello I Am Arjun Gupta Content Creator At Disrupt Magazine And Here I will publish Entrepreneurs, Influencer/blogger,Bollywood &News Article To Motivated Young People By My Article So Follow Me In Instagram Also Username:- @arjun.gpta