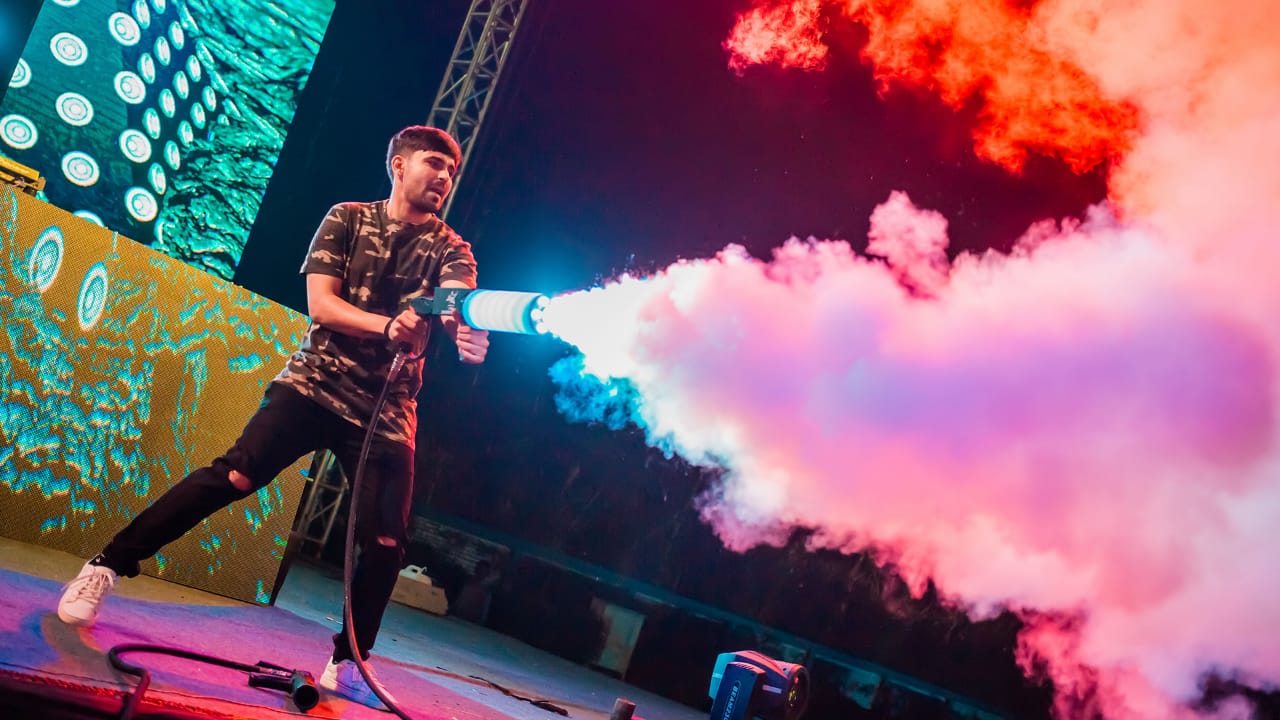 To complete the most challenging tasks, we must put in a lot of effort, perseverance, and focus on the goal. It is feasible for you to realize your ambitions. To make that happen, you must take full responsibility. You have to trust in yourself, in your dreams, and in the possibility that one day it will be your turn.

Impossibilities will accumulate if you think and despair about them. Never allow your mind to believe that anything is impossibly difficult. On this planet, nothing is unthinkable. If you have the will to succeed, you will do everything. Anything is inevitable in the universe because you have a steely resolve.

Today we will talk about a person who says” Nothing is impossible. It’s all about mind games. If you can convince your mind you can do anything.”It was difficult for him to persuade his family to accept his career choice because he comes from a devout Marwari family.

His trust paid off, and he is now a well-known music producer and DJ. It started as a hobby and turned into a passion. As ‘DJ Amit Kadel,’ Amit OR Akade started his musical career in 2010, performing at a number of private events. He has represented his college at a host of state and national festivals. He set up his home studio for all of his proceeds from local gigs. He started practicing on FL Studio and learning music composition on his own, without taking any music lessons. Over time, EDM (Electronic Dance Music) production became his primary focus. Martin Garrix, DJ Snake, Kshmr, Nucleya, Justin Mylo, and other well-known international DJs have all performed alongside Akade.

He’s also known for his live performances at prestigious colleges and music festivals like Sunburn. “Phir Se Udd Chala,” his latest collaboration with B-Leaf, is about the universe asking you to let go, set yourself free, and go with the flow.

To promote his music globally, he wants to collaborate with artists from all over the world. He has collaborated with artists from Germany, France, the United Kingdom, Italy, Australia, Jamaica, South Korea, Tunisia, and India. With the assistance of his local friend PABLO, Akade teamed up with Jamaican dancehall sensation Mr. Vegas in 2019. Their summer anthem,’ Wobble Ma Head,’ is well worth a listen.

Akade is the first artist from Kolkata to make it big in the electronic dance music scene. Music had always piqued his interest, and he wished to learn how to do it by himself. He started his music project “Akade” in 2014, and he signed his first electronic track “Hands Up” to Mumbai-based record label Aaroh Music the following year. His album ‘All or Nothing,’ which he co-wrote with Thimlife and Bibiane Z and released on 2dutch’s Musical Madness in 2016, charted in the Beatport Top 100.

He is a very hardworking man and there is surely more to achieve on his way to success.

Related Topics:DJ Amit Kadel
Up Next