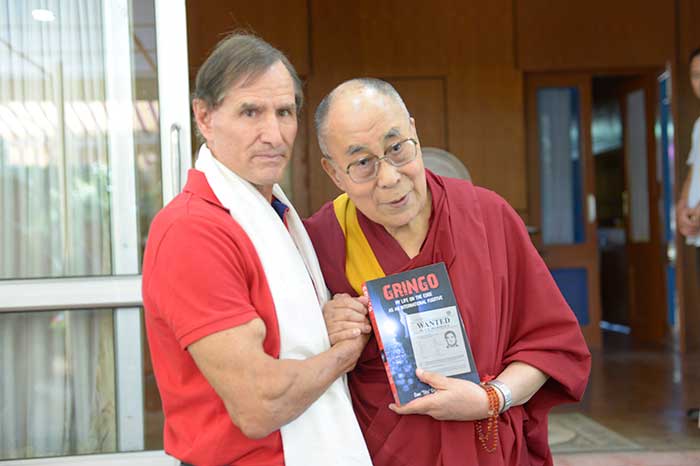 World Traveler and Renowned South Dakota Bestselling Author of “Gringo: My Life on the Edge as an International Fugitive” Dan “Tito” Davis has just wrapped up his seven continent book signing tour in Antarctica. Davis has been promoting his book and his message of growth through adversity for the last 18 months after being released from prison. Before then Tito spent 13 years on the run from the US government as an international fugitive. Davis is one of the first, if not the only author, to do a book signing tour across all seven continents.

You took your bestselling book “Gringo: My Life on the Edge as an International Fugitive” around the world. How did you get the idea to do a seven-continent book signing tour?

When my book went number one on Amazon I did my first world tour in 53 days.  After that, I continued to promote my book. Recently when I was in Argentina I realized that I had done book signings on every continent other than Antarctica. At that point, I decided to knock out the seven continents, which meant heading to Antarctica.

I was in contact with John McKeon, the President of Polar Latitudes, and I let him know that my goal for this cruise was to do a book signing in a penguin colony in Antarctica.   I also let him know that this book signing would be on my seventh continent.  I would like to thank Polar Latitudes for making my adventure possible. They have a very attentive and professional staff which made this adventure extremely memorable and comfortable.

Your book is about your life on the run as a fugitive, and how you turned it all around to become a famous South Dakota writer. What was the reaction to your book while you were on tour?

Just about everyone has been extremely positive in regards to my book.   Many of them are intrigued when they meet me because they’ve never met an international fugitive, or I should say former international fugitive, before.  A few people have asked me if I’m still a fugitive.  Laugh out loud! I tell them if I was a fugitive I sure wouldn’t be out here in the front of the room promoting this book!!! I’d be back in a corner trying to slip away.

During your travels, you met the Dalai Lama and gave him a copy of your book. What was that like?

I was fortunate enough to have a private audience with his Holiness the Dalai Lama while I was in India.  At that time I believe he was 83 years old, and he looked 20 years younger. He had five rings of security around him. You could not take your own camera or phone into the temple. It was like going through airport security in the United States but you didn’t get your items back until you were leaving his temple.  Only the Dalai Lama’s official photographer was allowed to take pictures.

The Dalai Lama is definitely a professional. He was very outgoing, very kind and asked me what my book was about. I told him it was about the same thing you’re preaching Your Holiness, it is about perseverance, it is about survival, and it is about life.  He told me that those are very important qualities.  He then put his forehead to my forehead and held up my book with his free hand.

I couldn’t believe it!   My forehead is touching the Dalai Lama’s forehead and he’s holding up my book. I couldn’t have asked for a better scenario.  I had a special feeling of peace and tranquility when I was with the Dalai Lama.  It is a hard feeling to accurately describe.

An Interview with Brooke Mason; A Pioneer for Women in the Creative Industry

Becoming A Successful Music Artist: 5 Tips On How To Survive In The Music Industry With A Certain Energy