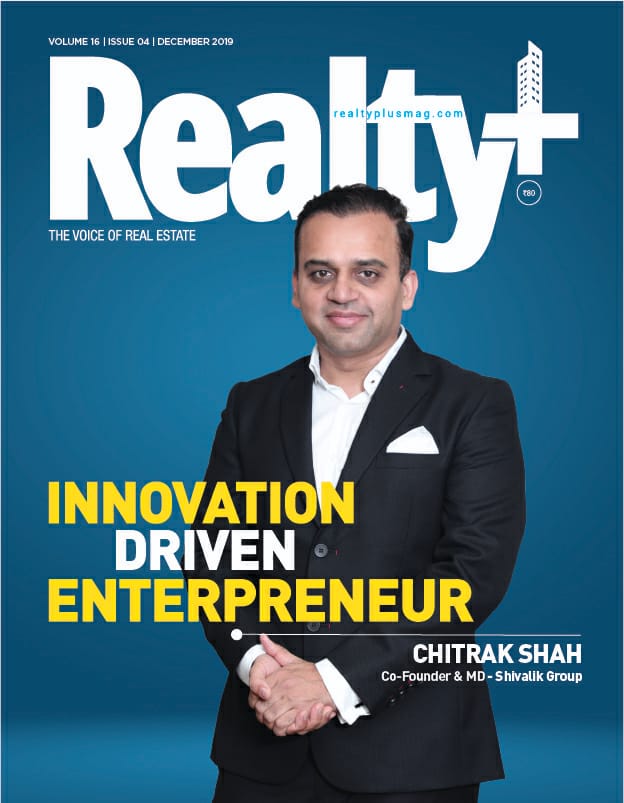 From turning empty lands of Gujarat to marvelous constitutions, Chitrak Shah has been leading the business of real estate for more than two decades now. He started his journey as ‘SN Developers’ and explored the opportunities. In 2001 he flagged the Brand name of ‘Shivalik’ and has played a major role in its consistent growth. Since then with every Shivalik construction, he has set milestones around Gujarat. Today he is Co-founder and MD at Shivalik.

Growing through failures and glowing through success. Chitrak Shah has been working his day in and day out on every business that he wishes to put his efforts in. His famous Shivalik projects are ‘Shivalik Abaise’, ‘Shivalik Highstreet’ & ‘Shivalik Shilp’.

Buildings aren’t built overnight and neither is this man. Being in the industry that has so many risk factors, Chitrak Shah has overcome every challenge with his skills and abilities. Settings long term goals and having a vision to accomplish them is an inspiration in itself. Over the period of the next decade, he with his Shivalik group intends to develop more than 60 million. Sq. Ft. of realty space. He doesn’t only build on the lands but generously believes in giving back to earth.  With his Shivalik Avenue project he takes his first step towards sustainable development, he wishes to continue in creating a healthy and green environment. Not only about his big plans but he even makes sure that he lists down his weekly schedules and never misses out on any of the minutest things that need to be done. All the work that he has done in Gujarat and for Gujarat is highly commendable. Balancing along with all these things, his hard work and years of experience have made him reach to the successful heights. Chitrak Shah and his group have won several awards like “Best Realty Brand” and “Reality Lord of the Land” in 2011-12. He has also been the winner of the ‘Business Knight’ award adding a feather to all his achievements.

As successful as he may be but he has always lived with simplicity and minimalism, as he believes “less is more”.

Living isn’t only about working hard but living well too and this man proves it with his lifestyle. Working out, staying fit, eating right, traveling to places, and happily living with his family. It’s hard to believe that at the age of 40 he has achieved all that one can only desire to. From being a true leader to being a successful businessman his journey inspires many young entrepreneurs and people. Indeed Chitrak Shah is the man behind Gujarat’s Biggest Real Estate Group.

Related Topics:Chitrak Shah
Up Next

How to set fruitful Business Goals and strategies