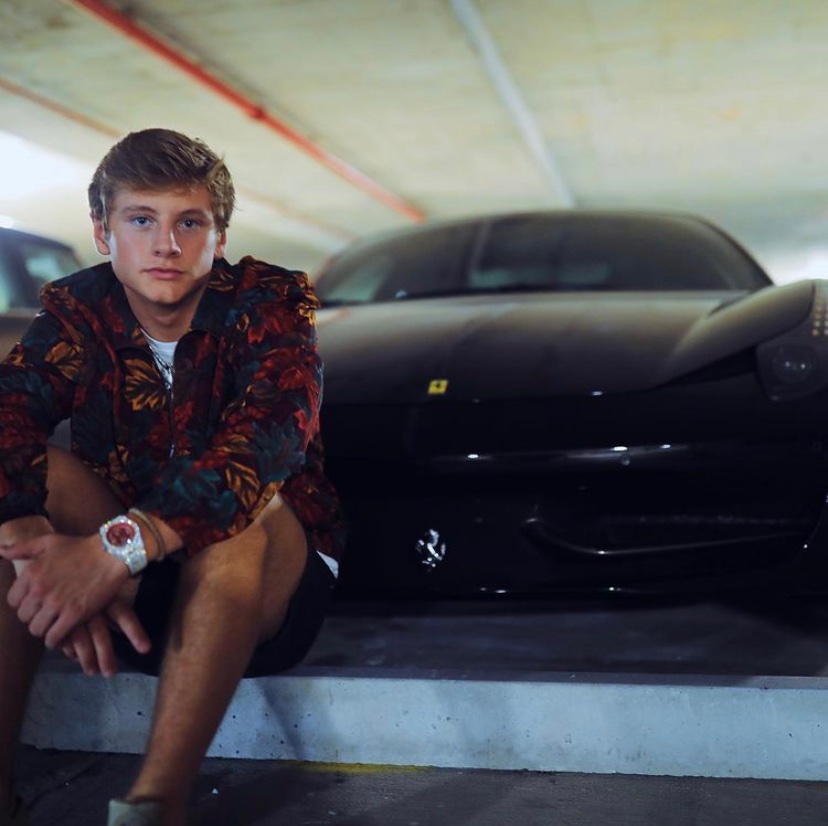 Carson Attaway, popularly known by his stage name “Attaway“, is a rapper that is changing the game through his melodic flow and authentic lyricism. The 18 year old from Little Rock, Arkansas is extremely talented and harnesses the ability to take over the rap game with his unique sounds.

To effectively give you insight to the story of Attaway we must take you back to 2013. When Attaway was only 13 years old he lost both of his parents in what would go down as the most traumatic event of his life. He lost his mother at the hands of his own father. His life has been everything short of perfect but with the amazing support from his friends in family he’s always been able to overcome any challenges that he may face. While in high school Attaway was a part of the football team where they would freestyle while they were in the locker room and he began to really have fun and find interest in music. At the time, the “Ten Toes Down Challenge” was trending and Attaway decided to make a song to the viral instrumental and it was a hit. All of his friends loved the song he had made just for his own fun and it was then he realized he had a love for music and the positivity it spread to his fans. He’s recently taken a step back from his life as a student at the University of Arkansas to pursuit his career in music.

Attaway has a unique sound in which has helped him to gain a lot of traction in his career of just over a year. Four months ago he released his debut album The Come Up which solidified his spot in the rap game. The first song on the project, “Do It Again“, went viral collecting over 500,000 streams across all platforms to date and resulted in over 60,000 followers across all platforms. This was just the beginning and built him an incredible fanbase early on in his career. Since his debut, Attaway has done nothing but go up. Three months after his album The Come Up he released another viral track titled “Butterflies” and produced by grammy nominated producer Based1. The melodic sound resonated well with his fans and with the world gaining some major attention and placement in the industry. His most recent single, “December 19th”, was released this past weekend on the anniversary of his mother’s passing. This track has already seen a lot of major attention within 3 days of being released and might as well just be his best release yet. On the track he talks about his life, motivation for making music, and losing his parents. In just six months this young talent has proved to the world he’s here to stay.

Attaway hopes to inspire his fans of all ages to believe no matter what happens to you in life, you can accomplish anything you’d like. His intention is to bring happiness through his songs and spread genuine positivity. He pushes his fans to what makes them happy regardless of what anyone says. He is a walking testimony that you can do anything you put your mind to and nobody should sleep on this artist. His best is yet to come, make sure to check him out before it’s too late!

Nihar Patel, an Indian filmmaker talks about his takes on the post pandemic changes in the industry!

Indian Pianist Sanjay S Yadav in on Fire with his Soulful Music.

Dantré Taylor is a student-athlete, online entrepreneur, and CEO from New Hampshire, USA. He specializes in growing brands, businesses, and talents in the digital space to maximize their monetization potential. A high-school All-American, Dantré pursues his dreams of playing in the NFL while running a 6-figure business and helping thousands of people worldwide. He has grown his Instagram account from 0 followers to over 125,000 followers worldwide (October 2020). He has created and managed multiple 6-figure companies all while he was still in high school! Dantré strives to provide value and positivity to everybody he can daily, he is passionate about helping and educating those in need.