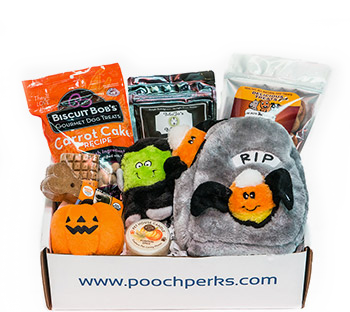 The premise of the dream varies for every player in the game. Life, the ultimate simulation, as referenced by entrepreneur Daniel Barrios is “turning nothing into something; beating the odds by constantly challenging yourself” The million dollar question we can all ask ourselves is something along the lines of: “What is my calling?” Today, we will examine some of the strategies and methodology of successful business “Pooch Perks”

Commonly, we see business owners fail time and time again by making the same mistakes; Albert Einstein is widely credited with saying, “The definition of insanity is doing the same thing over and over again, but expecting different results.” Why not succeed from the first month of business? Barrios is a strong proponent toward structured approaches whenever even $1 is involved. From the moment he wakes up to the minute he falls asleep, his mindset is calmly approach his desired goals by completing incremental steps to set himself up for the big goal. We are all aware, being successful in business relies on two things: who you know and how much capital ($) there is to invest. Barrios shared with me that in addition to these two essentials, it is important to acknowledge the importance of growing and developing professional relationships with investors. Ideas are wonderful. Some human beings are naturally gifted; abilities to network and sustain professional relationships are often difficult because they require equal interest from both parties, frequent communication, and responsible transparency.

I was DMing Barrios on Instagram before we spoke via Video Call. I asked as a preliminary inquiry “What do you think of the phrase ‘fake it til you make it’ & does it have any significance in your start-ups?” The established Pooch Perks co-owner had a lot to say- he picked up my video chat. Letting him have the floor, I came to many new conclusions about this popular rhetoric. Barrios cites it having an inverse significance to him, refuting the expression completely. His explanation was predicated on how nothing can be faked; products cost money, ads cost money, promotion costs money, and progression takes time. I followed up by asking him “Hypothetically, why can’t a beginner flex a connection that he may not totally have? Example: Fabricating being close friends with Lebron James?” Barrios held his standpoint by going to say how the desired connection would have further inquiry about (X) relationship with Lebron- even to the point where the desired connection may ask for screenshots proving this relationship is indeed alive and real. Barrios went on to say how “It is impossible to fake a bank statement, and doing so would only harm the credibility of persons involved.” Additionally, Barrios mentioned how “Almost 99% of free shoutouts will be totally garbage- having 10k followers is irrelevant if the engagement rate on that is 0.1%” After this conversation with Barrios, I was interested enough to schedule a follow-up interview including his ride-or-die business partner, Chris Maura

Sean Kelly is the Founder of Jersey Champs.