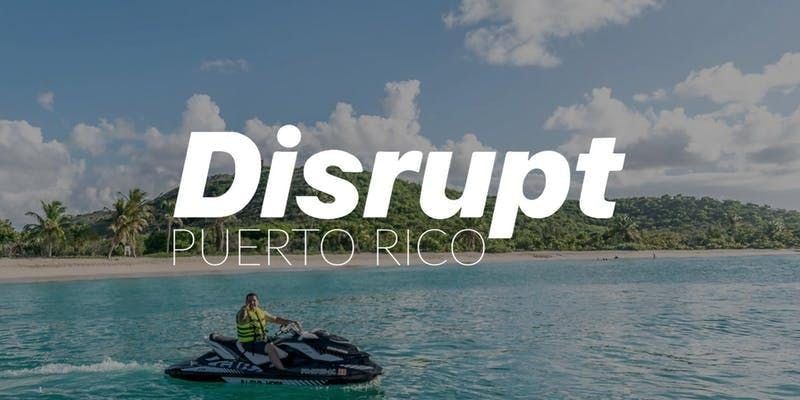 Anthony Delgado, CEO, and Founder of Disrupt Digital and Sofia Stolberg, CEO, and Founder of Piloto 151 are proud to present an all-new annual 7-day event series full of Conferences, Workshops, Hackathons, Music, Meetups, and Festivals to the City of San Juan, Puerto Rico, its businesses and citizens. On October 20th, 2018, Disrupt Week will welcome the world’s most influential thought leaders, marketers, developers, angel investors, and entrepreneurs to the island of Puerto Rico. The week consists of an unparalleled mix of industry conferences, trade shows, and festivals. The event will transform the island into a global mecca for technology and entrepreneurship, bringing together local leaders with the leaders of the world and solidifying Puerto Rico’s reputation as a thriving, innovation hub and the bridge between North and South America’s startup ecosystems.

The event will be kicked off with a hackathon for social good called “Hackea Por Una Causa” ( https://www.hackeaporunacausa.com ) which is being sponsored by and held at the Banco Popular Foundation, which is a co-working space and incubator for Puerto Rican non-profit organizations. The hackathon starts on Saturday, October 20th, and continues into the night until the winners are announced on Sunday, October 21st. The foundation has committed to pledging $5k in cash prizes to the winners of the challenges which have been crafted out based on the needs of local non-profit organizations. For those who aren’t hacking, or need to cool off from the keyboards during the night there is a pool party with live Brazilian music hosted by DJ Ivan Robles at Vivo Beach Club.

Monday kicks off the speaker series with the opening conference held at Piloto 151’s (https://piloto151.com/) iconic flagship location, inside of the heart of Old San Juan, which is the oldest settlement within Puerto Rico and a historic colonial section of the city of San Juan. Monday’s line-up of speakers includes Kelitza Brana, Jayden Sage, Sang Lucci, Stephen Lupsha, and Rhett Creighton. Monday’s nightlife consists of a networking event at The Poet’s Passage Cafe, hosted by Crypto Monday and an after party at the iconic speakeasy, La Factoria, featuring a live band playing Salasa and other traditional Latin Music.

Tuesday is hosted at the Science, Technology & Research Trust of Puerto Rico, (https://prsciencetrust.org/) an investment firm whose mission is to advance the island’s digital economy through supporting innovation-driven projects in the technology and science sector. Day two includes a fireside chat with Israel Figueroa, CTO at BrainHi the first company from Puerto Rico to receive funding from Y-Combinator. Other speakers on that day include Alex Grieco, Kirill Sopot, Laura Egocheaga and Pedro Rivera. Networking events on Tuesday include live music at the San Juan Arts and Culture District, Calle Loiza, Santurce, Puerto Rico.

Wednesday is hosted at Parallel 18, ( https://www.parallel18.com/ ) an accelerator program that accepts companies from around the world to help them scale their businesses from Puerto Rico. Executive Director, Sebastian Vidal will be speaking about the state of the tech ecosystem in Puerto Rico. Other speakers on that day include Laura Tirado, Paul Faerstein, Felix Ekwueme, Kaivan Dave and Jason Feifer. “The tech and startups community in Puerto Rico is growing with a combination of local and international entrepreneurs. A generation of young professionals that don’t want to leave or want to come back to the island to pursue their projects is creating and supporting the infrastructure and resources needed to launch Puerto Rico as a hub for creative and disrupting businesses,” said Sebastian Vidal, Executive Director at Parallel18, who is speaking at the event. Parallel18 is one of the first startup accelerators on the island, and they have helped companies raise over 30 million dollars in venture capital since they began operation. Sebastian continues, “In the past five years, the ecosystem has added coworking spaces, startup incubators, and accelerators, networking events and has advocated for a public policy that is friendlier for digital businesses. All of these in a place where you can find an international bank, award-winning restaurants, vibrant cultural centers, and the beach in a 5 miles radio. Finally, the location is pretty convenient for digital nomads with direct flights to Madrid, NYC, and Bogota.” A happy hour and music festival will be held in the evening at Delavida in La Placita which is a much sought-after destination for its nightlife and culture.

On Thursday, the festival returns to Piloto 151 in Old San Juan for the final day of conference talks and lectures. Dr. Mark Wade, John Malott, Jennifer Hopp, Tom La Vecchia, Emmanuel Oquendo, and Denisse Rodríguez Colón will be speaking at the event followed by the Disrupt after party and awards ceremony where local leaders are recognized in areas such as disruption, social impact, and influence.

Disrupt Week is designed to unite technology professionals and entrepreneurs across languages, platforms, and industries. Participants will have opportunities to network, engage, and learn about new and emerging topics that are shaping the future of technology and business, today. Disrupt will host multiple elite panels of experts in a fantastic series of talks, workshops, and presentations that include topics such as entrepreneurship, marketing, investing, blockchain, bots, artificial intelligence and more.

“Disrupt Week is one of the most genuine expressions of Puerto Rico because we thrive by being creative, providing a home to some of the biggest names in tech, music, and film, and playing host to some of the best experiences in the world. And even if you don’t come to the event, we all benefit. The economic impact on the island of Puerto Rico will be undeniable as we attract more people to visit the island each year. This is only the beginning.” said Anthony Delgado, Founder at Disrupt, who first came up with the concept for the event after hurricane maria. “Look at what SXSW has done for the economy in the City of Austin, Texas. The hospitality industry is a huge driver of the economy here on the island, why not combine the two. Technology Education and a tropical Vacation. It just makes sense.”

Disrupt Week 2018 kicks off with a Startup Grind investor panel hosted by Google for Entrepreneurs and Engine-4 co-working space on October 18th, EduBlock Blockchain Workshop on October 19th and Banco Popular Hackathon on October 20th and continues until October 22 through October 27 with the Disrupt Conference & Music Festivals. 2018 is the first year that the 10-days of events have taken place in Puerto Rico, and the goal is to have the same level of economic impact as bringing a Super Bowl or Olympics to the island. “Disrupt Week will continue to be an economic force in the island,” said Anthony Delgado, (https://anthonydelgado.me/) “and it will only continue to grow year after year.”

The Advantages Of Working With An Executive Search Firm

E-commerce during the holidays